10/07/2021 - CANNES 2021: Over one very agitated night at the hospital, Catherine Corsini intersects, with a good balance between comedy and drama, several hot social issues that are dividing France

Valeria Bruni Tedeschi and Marina Foïs in The Divide

“Wake up,” “open your eyes” and if that isn’t enough, we will go through cardiac massage and electric shock. But when everything goes wrong, injunctions and actions still aren’t enough and can even reveal themselves to be counter-productive, triggering chain reactions, panic hostilities, an every-man-for-himself individualism centred on one’s own pain and denying the other the right to express his own. It’s an x-ray of a disunity that seems almost irremediable, of violent misunderstandings and deep hurts, all throughout a chaotic night at the hospital in Paris, in December 2018, that Catherine Corsini’s The Divide [+see also:
interview: Catherine Corsini
film profile], unveiled in competition at the 74th Cannes Film Festival, pins down with impeccable precision.

A night of social emergency in the emergency room, in a bloodless but valiant public service facing the usual influx of patients (a board announces an eight to ten-hour wait), to which are added the yellow vests severely banged up by their confrontation with the CRS on the Champs-Elysées. The filmmaker manages to positively sublimate and make breathe this uncompromising picture of all the ailments affecting contemporary French society by bringing a backdrop of drama with a layer of high comedy, and highlighting the cathartic and very alive character of critical situations where certain barriers between people end up falling.

Two big mouths shape the main storyline. On the one hand, cartoonist Raffaella (Valeria Bruni Tedeschi, completely unhinged in a hilarious role perfectly suited to her sophisticated touch of madness) who has presumably broken her elbow when trying to catch up with her partner Julie (Marina Foïs), who was well determined to leave her. On the other hand, Yann (Pio Marmaï, viciously sympathetic), a very upset yellow vest truck driver who came from Nîmes with the intention of talking to President Macron (“but we should have gone through the sewers”) and who has received shards of grenade in his leg. These two protagonists are surrounded by a multitude of various sick and wounded people, as well as their companions, including Julie who has returned. The whole is steaming in waiting rooms and in the crowded corridors, and somehow taken care of by a medical team including, amongst others, Kim (Aïssatou Diallo Sagna), a very empathetic and hyper professional nurse. And the police aren't far, tear gas optional, since the battle with the yellow vests continues in nearby streets. In short, the atmosphere is overflowing in all directions, but some unexpected connections (after much name-calling) will occur and some kind of solidarity will emerge in order to deal with the most urgent issues.

Building on an extremely well constructed script and on a feverish rhythm sketching many micro-stories that bring more grist to the mill of the whole, Catherine Corsini signs a lively and ardent feature film that doesn’t hide its metaphorical intentions. Its message, however, is conveyed with such vigor and a welcome sense of humour (which in no way alters the film’s clinical observation of acute social problems in eruption) that the dramatic pill passes perfectly well. Once the eyes are cleaned from all toxic emanations, everyone will see things much more clearly, which will not revolutionise the differences and inequalities, but will allow everyone to make a little step together towards the recognition of the right to difference and the perception of a shared destiny that we must care for through the act of sharing.

Produced by Chaz Productions, The Divide was coproduced by France 3 Cinéma, Auvergne-Rhône-Alpes Cinéma and Le Pacte. International sales are handled by Kinology.

more about: The Divide

“To consider oneself, to consider others and have some hope in the fact that people can talk to each other”

CANNES 2021: The French filmmaker discusses her at once funny and dramatic film unveiled in competition, which through fiction delves into a very agitated night at the hospital

Marina Foïs, Kad Merad, Jean-Pascal Zadi and Christine Gautier are in the cast of the new film by Ludovic and Zoran Boukherma, produced by Baxter Films and Les Films Velvet and sold by WTFilms

Produced by Rectangle, sold by Wild Bunch International and adapted from the novel by Annie Ernaux, the filmmaker’s second feature film should enjoy its world premiere within a major festival

CANNES 2021: Over one very agitated night at the hospital, Catherine Corsini intersects, with a good balance between comedy and drama, several hot social issues that are dividing France

Four of a kind in competition for Kinology in Cannes

The French sales agent is selling the films by Mia Hansen-Løve, Catherine Corsini, Leos Carax and Nadav Lapid, competing for the Palme d’Or, but also some powerful assets in post-production 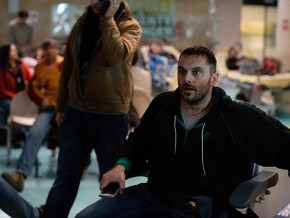 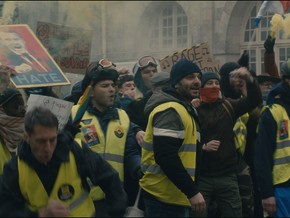 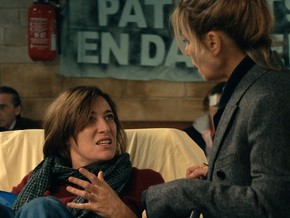 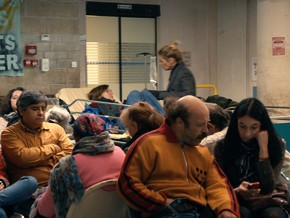 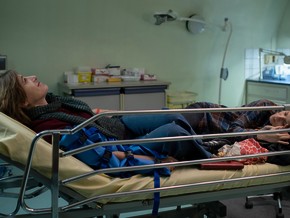 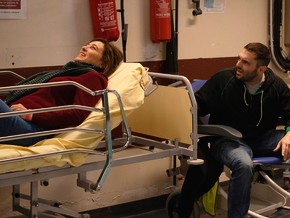 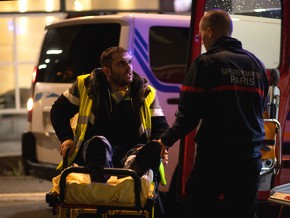