11/07/2021 - CANNES 2021: Mia Hansen-Løve elaborates a great oeuvre, a game of nested mirrors about couplehood, creativity, cinephilia and ghosts, in the summery setting of the Fårö island

“Who are you? You or me?” It’s on a trip beyond the firm ground of certainties, on the cinematic island where everything is to be discovered alone, where we arrive with the more or less heavy luggage of our memories or with the tremors of the present, in a place where the rules of the game can radically change at any moment, that French filmmaker Mia Hansen-Løve invites the spectator of Bergman Island [+see also:
trailer
interview: Mia Hansen-Løve
film profile], in competition at the 74th Cannes Film Festival. Through this summery immersion of great formal beauty, populated by delicate secrets and invisible starta, the director perfectly unfolds her very developed sense for nuances, reflections, and for the circulation of deep underwater currents influencing the surface of sentiments.

Ostensibly, everything seems so simple. In order to write scripts, Chris (Vicky Krieps, ideal actress for the refined and ultra sensitive style of the filmmaker) and Tony (Tim Roth) settle for the summer on the Swedish island of Fårö, where for 40 years lived (and shot six films) one of the masters in the History of the 7th art: Ingmar Bergman. The decor is splendid (nature, calm, beach, horizon, bike, etc.) and the couple alternates between touristic and cinephilic explorations and working sessions, each in his or her space (him in the rented house where Scenes from a Marriage was shot, an oeuvre that is claimed to have provoked a record number of divorces, her in a windmill two feet away). But quasi imperceptible tensions exist between them, and even more tortured secret gardens too… Because, in the image of the house from Through a Glass Darkly, one of the stops on the local Bergman Safari, all may be just a facade…

In fact, the film passes suddenly into another dimension when Chris starts narrating to Tony the script she is writing, titled The White Dress. Everything thus starts over on the same ferry as in the beginning, but this time with Amy (Mia Wasikowska) who comes from New York for three days in Fårö with the wedding of her friend Nicolette (Clara Strauch), but who is mostly very agitated and excited at the prospect of seeing Joseph (Anders Danielsen Lie) again, the great love of her adolescence who has also been her lover years later (“the first time too early, the second time too late”). Chris therefore tells this story to Tony, but the Russian dolls tale of Bergman Island reserves yet more surprises…

A very well controlled doubles game with multiple entries, some lightness to decrypt some deep affects (stormy or even dark) while avoiding any catharsis (we play at throwing at each other jellyfish that doesn’t sting), a pointillist study of the waves and ghosts circulating within couples, Bergmanian recycling and homage for exegete cinephiles (but no need to be a scholar on the subject to appreciate the film), touches of humour (a novelty in the filmmaker’s career), impeccable actors and a direction of accomplished elegance (with superb photography from Denis Lenoir): Mia Hansen-Løve signs a quintessential work of her style all in finesse that will delight her followers.

Produced by Parisian company CG Cinéma and coproduced by Arte France Cinéma, the Germans of Neue Bioskop Film, the Belgians of Scope Pictures, the Swedes of Plattform Produktion, the Mexicans of Piano and the Brazilians of RT Features, Bergman Island is sold internationally by Kinology.

“You’d think his almighty presence would feel very intimidating, but to me it was the opposite”

CANNES 2021: Not just an homage to the mega-auteur of cinema and his mythical home, the French director’s film is also a homecoming of sorts for her

The six-part show, created by Alexandra-Therese Keining, centres on a determined boxer with a chequered past

CANNES 2021: With a very powerful formal gesture, Mathieu Amalric plays with temporalities and imagination to create a complex and sophisticated work

CANNES 2021: Mia Hansen-Løve elaborates a great oeuvre, a game of nested mirrors about couplehood, creativity, cinephilia and ghosts, in the summery setting of the Fårö island 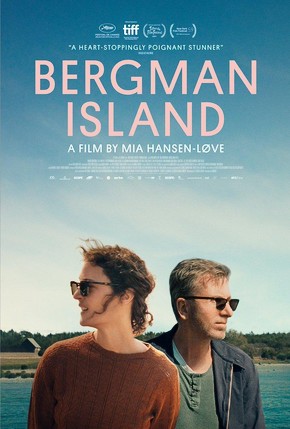 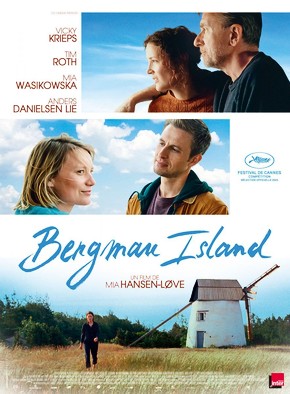 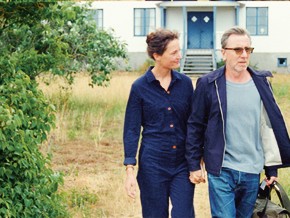 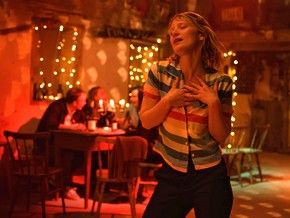 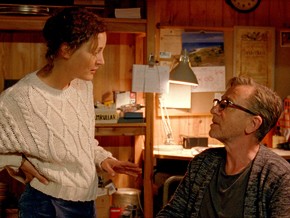 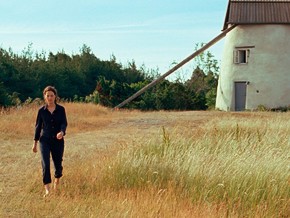 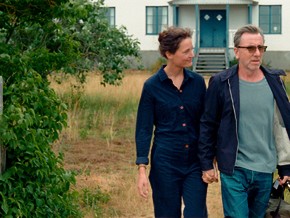 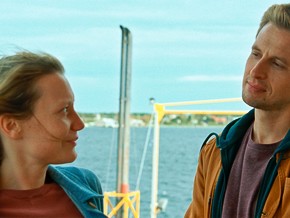