13/07/2021 - CANNES 2021: Alice Rohrwacher, Pietro Marcello and Francesco Munzi’s documentary about young people and their vision of the future doesn’t go into great depth, but it captures the spirit of the age

It was without looking to prove any particular theory and armed only with a microphone in which the younger generations could express their opinions and ideas over the future - a future which is particularly hazy for those born after the year 2000, who have grown up believing that the world’s on the verge of imploding - that Alice Rohrwacher, Pietro Marcello and Francesco Munzi, three of the most interesting Italian directors to have emerged in recent years, embarked upon their joint work, lending a voice to these youngsters who are no longer children but aren’t yet adults either –“in-betweeners”, as they’re called in the film – in their collective documentary Futura [+see also:
trailer
film profile], which was presented in the Directors’ Fortnight within the 74th Cannes Film Festival.

Filmed during a long trip throughout Italy, which the three directors set out on in February 2020, only to grind to a halt one month later due to the outbreak of the pandemic, before subsequently picking up the reins again, armed with masks, the young people who are interviewed in Futura express their thoughts without ever going into details over their own individual lives. Shot in small groups (they’re friends, schoolmates or they enjoy shared interests), they hail from northern and southern Italy and anywhere in-between, whether the country’s big cities or its small, provincial villages, and representing a variety of social classes. One of the main questions directed towards these girls and boys aged between 15 and 20 is: what do you imagine your future to look like? Consequently, they recount their dreams, their hopes and their fears, and the portrait which emerges isn’t especially comforting. Because when it comes to ideas over their future, these kids don’t actually have any.

The poster chosen for the film sums up the situation brilliantly: a handful of youngsters swimming in a sea whose line of horizon is blurred, invisible. Listening to these kids, the overriding feeling they express is one of underlying anxiety, a sense of petrification; none of them dream big. Taking inspiration from the big, investigative TV shows of the ‘60s and ‘70s made by renowned directors along the lines of Mario Soldati and Luigi Comencini, which we see several extracts of in the film, Rohrwacher, Marcello and Munzi have opted for a reportage style, putting their artistic individualities to one side and giving these youngsters freedom to create their own narrative. It’s a film “free of goals”, to use the authors’ words, which doesn’t look to uncover truths but rather to capture the spirit of the age.

It’s a work which “moves on the surface of youth” and which fast becomes a race once Coronavirus bursts onto the scene, metamorphosing into the "diary of an infected state of mind". The atmosphere becomes darker, the eyes of these somewhat lifeless and resigned youngsters peer out at us from faces half-covered by masks. The outlook offered by Futura is harsh, as are, in other respects, archive images of the G8 held in Genoa and the raid on the Armando Diaz school, which took place twenty years ago exactly and which the directors choose to include at a certain point in the film. As summarised by Rohrwacher in Cannes, it was a moment which marked the passage “from social forum to social network”, a traumatic event which left a mark on the previous generation, and which sadly linked the idea of rebellion to that of violence.

As such, Futura inevitably becomes a mirror for today’s adults, encouraging them to reflect upon their responsibilities as parents and teachers. It’s a didactic film shot on film stock in order to distinguish itself from the deluge of digital images in circulation today, and an archive for the future, which ultimately raises more questions than it answers.

Produced by Avventurosa and RAI Cinema, Futura will be released in Italian cinemas by Luce-Cinecittà before its television broadcast by RAI. International sales are entrusted to The Match Factory.

This new film from the director of Martin Eden stars names such as Louis Garrel, Noémie Lvovsky and Yolande Moreau

CANNES 2021: Alice Rohrwacher, Pietro Marcello and Francesco Munzi’s documentary about young people and their vision of the future doesn’t go into great depth, but it captures the spirit of the age 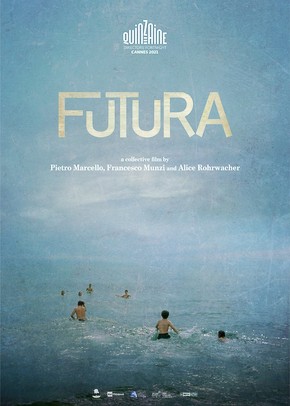 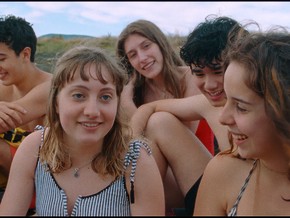