14/07/2021 - CANNES 2021: Asghar Farhadi makes a satire on how social media is used to win over the court of public opinion in a film made in his signature style, with plenty of unexpected twists and turns

Amir Jadidi (right) in A Hero

After recent visits to France (The Past [+see also:
film review
trailer
film profile]) and Spain (Everybody Knows [+see also:
film review
trailer
film profile]), Asghar Farhadi is back in Iran and back to doing what he does best – showing how small lies can escalate into major problems. Whereas A Separation had serious dramatic consequences, his Cannes competition title A Hero [+see also:
trailer
interview: Asghar Farhadi
film profile] is a surprising pastiche on social media. Farhadi's script shows how social media is less a tool for communication, and more a means to justify decisions and actions. As such, this story will strike a chord in any country in the world. Farhadi has directed two Oscar-winning films and a Golden Bear winner, and is now trying to add the Palme d'Or to his collection. It could well be his year, even if Palme d'Or juries are not renowned for awarding the top prize to comedies.

It's always nice to see a director working in their signature style and being at the top of their game. Farhadi is the master of building a house of cards on a foundation of lies and ratcheting up the tension until the cards inevitably tumble. Divorced father Rahim (Amir Jadidi) is released from jail on two-day parole. He is serving a sentence for failure to pay a debt. Rahim knows that if he can raise the money to pay off the debt or get the creditor to agree to a payment plan, he will be free. That would then enable the devastatingly handsome Rahim the opportunity to marry his girlfriend, who is waiting for him with open arms and a handbag full of gold coins, which she found at a bus stop. The duo plans to cash in and sell the coins. It's the most contrived plot that Farhadi has come up with, but this is forgivable because it leads to some great comedy and a devastating critique on present-day communication methods.

As always in the world of this director, his protagonists soon hit some unexpected roadblocks. The price of gold has dived, so they're offered far less than expected. They check in with the creditor, who has been waiting three years for satisfaction, and he refuses to accept a part payment. Seemingly stuck, Rahim comes up with a master plan to find the rightful owner of the handbag, return it and get a reward. But instead of cash, he finds fame. A TV station interviews this man in debt who has done the right thing. His still-unpaid creditor is furious, while a wise public official senses that something is amiss. As the screw turns, the only way for Rahim to save his reputation, and maybe escape jail, is to win the battle for public sympathy. It's time to start messaging the world.

After years of President Tweet, a pastiche about winning over the court of public opinion feels very topical. Yes, this comedy demands a high level of suspending belief, but that is rewarded with a biting satire that is to social media what Network was to television.

A Hero doesn't have the narrative power or surprising turns of Farhadi's masterpieces About Elly and A Separation. But after the period of global lockdown, he shows that laughter can be the best medicine, and that, combined with his remarkable ability to build a story and take it in unexpected directions, may well mean he can charm Spike Lee's jury.

more about: A Hero

“When people say, ‘You’re on TV,’ it means you’re on the side of the government”

CANNES 2021: The Iranian director, quite the hero himself, is back in his home country after his Spanish sojourn Everybody Knows

CANNES 2021: Asghar Farhadi makes a satire on how social media is used to win over the court of public opinion in a film made in his signature style, with plenty of unexpected twists and turns 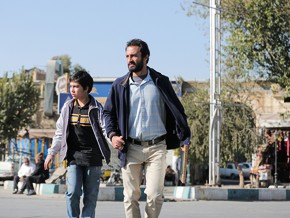 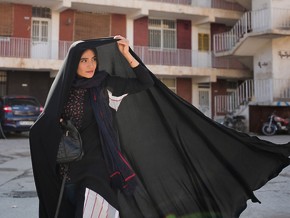