Review: A Tale of Love and Desire

15/07/2021 - CANNES 2021: In her second feature film, original under its simple surface, Leyla Bouzid explores the turmoils of self-censored desire and the questionings of a young man

"Just give me your hand, that I may put it on my heart; then, I will go.​" Love is always beautiful when expressed through poetry, but at 18, the body is also awakening and seeking something it does not yet know. One just has to make the jump… Such is the complex in-between state and hesitant waltz in which the protagonist from A Tale of Love and Desire [+see also:
trailer
film profile] is struggling. The second feature from Leyla Bouzid (revealed with As I Open My Eyes [+see also:
film review
trailer
interview: Leyla Bouzid
film profile] in Giornate degli Autori in Venice in 2015) is screening out of competition and closing the 60th Critics' Week of the 74th Cannes Film Festival. This frontier is also for him one of class, as he questions his right to study literature at the university in Paris. The young man from the banlieue, who grew up living according to a completely different set of rules, is searching for his place in society and for a balance between the different cultures he belongs to.

"Words don’t bite." Ahmed (Sami Outalbali) is taking his first steps at university, at the Sorbonne. Passionate about literature, he there finds, to his slightly embarrassed surprise (he is a shy young man), a very rich Arabic heritage marked by a heightened eroticism (from Ibn 'Arabî to The Perfumed Garden). That is also where he meets Farah (Zbeida Belhajamor), a very dynamic Tunisian girl who does want to study, but also to explore Paris, go out and have fun. Extremely attracted to her, Ahmed offers to be her guide, but in reality, everything is entirely new to him too, since he still lives in the banlieue where his friends regularly pull him back towards the culture of the neighbourhood ("you don’t even know what’s happening in the district anymore, your reputation is on the line and so is mine"), which is quite restrictive when it comes to the freedom of young women and to how people should behave towards them. Resisting his own impulses, he is engaged with Farah in a duet full of confusion, of irresistible forward movements and hurried backing away when the moment comes to actually take action. This tension and this fear of the unknown eats away at his desire to continue his studies ("There is no space for people like me here - You must fight a little harder than that ; your attitude reassures all the people who wish for your failure").

Through a simple and intelligent story, Leyla Bouzid succeeds in A Tale of Love and Desire to address all the complexity of the turbulences animating bodies and minds. A portrait of the hunger of youth that echoes with great resonance, as it mirrors the self-censored aspirations of people living in the margins, where the question of sexuality is also based on unspoken rules. Carried by a duo of actors who are very well cast because full of character, the film hides under its appearances as a classical coming-of-age story a great originality and several levels of social readings, at the intersection of instinct and reflection, repression and liberation. Because to the question of the poet, "Can pure love be consumed? Should it?", life naturally offers its own answers.

Produced by Blue Monday Productions, A Tale of Love and Desire was co-produced by Arte France Cinéma. International sales are handled by Pyramide.

more about: A Tale of Love and Desire

The two actresses are shooting Lea Todorov's first feature film in the spring, produced by Geko Films with Tempesta and sold by Indie Sales

Spotlight on the Rendez-Vous with French Cinema in New-York

22 feature films accompanied by their respective industry talents are on the agenda of the event’s 27th edition, organised by UniFrance and Film at Lincoln Center, and running 3 – 13 March

"Stories seem to unfold out of private, family predicaments"

The artistic director of Cannes Film Festival’s Critics’ Week comments on his selection for this year’s revival edition, following the various peaks of the stormy pandemic

The 21st Tarragona International Film Festival is being held from 1-8 December, having selected eight films in post-production for its Primer Test industry strand

Final stretch to apply for the Annual Groupe Ouest Selection 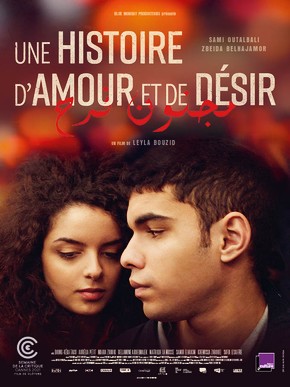