16/07/2021 - CANNES 2021: In his feature debut, Yassine Qnia paints the shadowy portrait of a young robber in an existential and sentimental deadend

Souheila Yacoub and Soufiane Guerrab in A Brighter Tomorrow

"I don’t understand why you insist." In his feature debut, A Brighter Tomorrow [+see also:
trailer
film profile], unveiled in the 53rd Directors' Fortnight of the 74th Cannes Film Festival, French filmmaker Yassine Qnia has chosen to explore a situation of failure and a spiral of pride, powerlessness and shame. This is an observational film set in the Paris banlieue, with its small bars, its industrial areas, its housing problems for the youth and the temptations of illegal activities taking the place of even the simplest dreams, which all seem unreachable. A place of gloom and fatalism embodied by a character (the excellent Soufiane Guerrab) always on the lookout, a experienced safecracker with impressive self-control but whose future is getting increasingly hopeless, and who is also trying to win back the woman he loves and who is raising their child.

In his Aubervilliers neighbourhood, Mehdi is an old-fashioned figure, a young thug in his thirties who is always very calm and methodically accepts the risks of his criminal activity, heading a small team that includes his old partners Thibault (Thibault Cathalifaud) and "le gros" (“big guy”) (M'Barek Belkouk). Cracking the safes of companies in industrial areas that are empty at night, the trio however finds itself facing more and more surveillance cameras and alarms, and when a hit goes wrong and “big guy” is arrested, the paranoia he usually rejects suddenly begins to take over. Most of all, this event marks the end of an era: Thibault wants to go somewhere else (“It’s over, we’re too old for this”) and “big guy” was already thinking of opening his own pizza place. For Mehdi, however, the situation is a complete deadend, a profound reassessment of himself that he isn’t willing to go through, a devaluation of his self-image and of the one he wants to project to others. Especially since his girlfriend Sarah (Souheila Yacoub) left him two months earlier with their very young child because she was tired of living at her mother-in-law’s flat due to the couple’s lack of funds, and chose to go live at her own parents’ instead. Anxious and increasingly possessive the more his field of possibilities shrinks, Mehdi attempts to rekindle their love, but hangs on with growing persistence to what once was and already no longer is…

A beautiful portrait of petty criminals of the banlieue, done in a style which evokes a Melville of our modern times, A Brighter Tomorrow excels in recreating moods between shadows and light, thanks to a remarkable work on contrasts by director of photography Ernesto Giolitti. The filmmaker uses this opportunity to sketch an interesting social tableau, but the love story (which is nevertheless well done) takes rather too much importance as the tale progresses, which softens the impact of a feature debut promising in its subtle approach.

Produced by Why Not, co-produced by Alba Pictures and Doha Film Institute, A Brighter Tomorrow is sold by Wild Bunch International.

more about: A Brighter Tomorrow

CANNES 2021: In his feature debut, Yassine Qnia paints the shadowy portrait of a young robber in an existential and sentimental deadend

Félix Lefebvre and Grégoire Monsaingeon also star in the cast of the director’s first feature, produced by Why Not and Face Nord Films, and sold by Wild Bunch

The French actor and the Swiss actress top the bill of Yassine Qnia’s first feature film, now in post-production courtesy of Why Not Productions 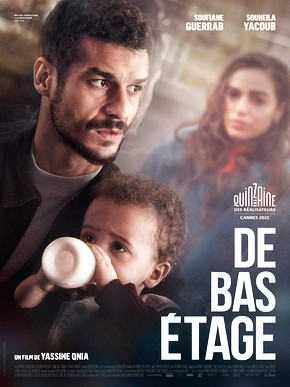 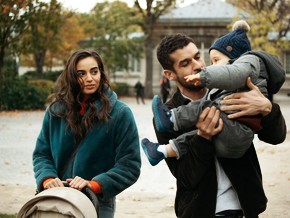