16/07/2021 - CANNES 2021: Joachim Lafosse returns to a cinema of intimacy, following a couple separated by illness, when one of them seems to become absent from the relationship while the other over-invests in it

Leïla Bekhti and Damien Bonnard in The Restless

It begins with a disappearance, an absence. Leïla (Leïla Bekhti) is sleeping on the beach, while Damien (Damien Bonnard) abandons the boat that their son is driving and takes off. It begins with a fusion, a man and a woman who dance like they would make love. It begins with an imbalance. A failure.

“I won’t hold on, I’m tired.” Leïla sees the manic crisis coming little by little, the mood swings, the excesses, the mad enthusiasm, the overflowing. Damien evades her every day a little more, until he becomes absent from the couple. Limits no longer make any sense, life suddenly seems too narrow for him. He implodes while their couple explodes, under the powerless watch of their son, their friends, their family.

Damien falters. Once again. But Leïla is reaching her own limits and can no longer accumulate the roles, lover, wife, mother, nurse. She is burning to be seen, to be once again looked at. When she tries to lean on and rely on Damien, he withdraws, literally. She has to hold on for two and understands that, without emancipation, there can be no salvation. Damien’s absence from the couple brings her to the brink, pushing her to spiral in turn.

In After Love [+see also:
film review
trailer
interview: Joachim Lafosse
film profile], Joachim Lafosse was asking himself: what remains of our loves? With The Restless [+see also:
trailer
interview: Joachim Lafosse
film profile], presented in competition at the 74th Cannes Film Festival, he probes the possible romantic encounter, the real one, the one that withstands earthquakes, that flouts the other’s inability to match in every point with the person we were expecting, were hoping for.

If Damien can’t be cured, can he still change? Can love dissolve in illness? Is art madness? One of the great achievements of The Restless is to ask theoretical and universal questions that are formidably embodied by Bekhti and Bonnard, breathtaking in their accuracy and sincerity in this intimate piece. It’s a work of craftsmanship around a couple that is broken, damaged, fractured by illness, but who, as in the Japanese art of Kintsugi, could be sublimated by marking the crack with a golden line. It’s as if Leïla’s realisation and Damien’s confession could announce the possibility of a future, of an override. As if, also, fictionalisation could be healing.

The film also lingers on the figure of the painter, closely espousing his physical engagement. We observe Damien in tight close-ups, the dot is made and undone, we listen to him, his breathing, his steps in front of the easel, the brush’s caresses on the canvas. Some moments later, we return to Leïla, who loses herself voluptuously on the dance floor as if to better find herself again. There too, we observe her up close, we hear her breathe, finally breathe out. She lets herself go to stop supporting, to stand tall for and by herself. It may be in this newfound freedom that lies the key.

With The Restless, his 9th feature, Joachim Lafosse has almost entirely renewed his production and distribution teams. The film is carried and produced by Stenola Productions (Belgium) and coproduced by Samsa Production (Luxembourg), KG Production (France) and Prime Time (Belgium). International sales are handled by Luxbox.

more about: The Restless

CANNES 2021: The Belgian director tells us about his universal and heartbreaking reflection on the question of breakdown within the relationship

Alongside Louise Bourgoin and Jean-Charles Clichet, the duo has just completed filming on the feature debut from Guillaume Bureau, produced by Avenue B with Frakas and sold by Bac

The Paris event dedicated to French and US independent film celebrates its 10th edition, running 14 – 21 September

Boasting an abundant programme featuring a competition composed of ten titles, this year’s edition of the Francophone Film Festival is unspooling 24–29 August

The Restless headlining for Luxbox in Cannes 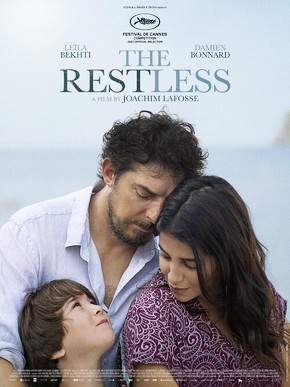 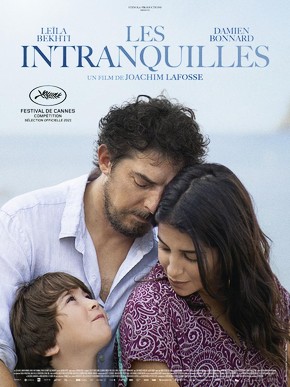 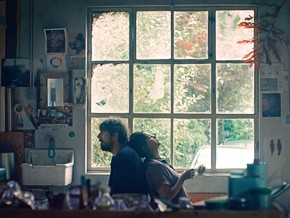 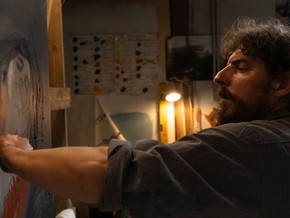 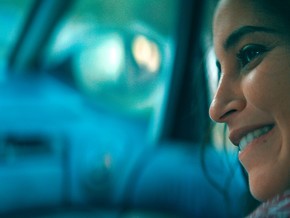 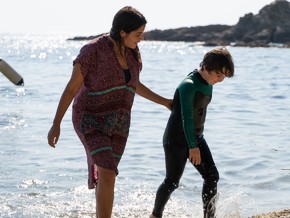 At Cartoon Springboard, Julien Papelier and Lila Hannou explore the new frontiers of animation and publishing

European Policy – 27/10/2021
The MAAP report prompts mixed reactions within the European audiovisual industry
The report, adopted by the European Parliament last week, sets out several key directions for the short- and long-term EC initiatives on a wide range of audiovisual issues

Christophe Hermans • Director of The Hive

We met with the Belgian filmmaker known for his documentaries, who presented his first feature-length fiction film: a thoroughly female huis clos

The Andalusian director has adapted Cristina Campos’ book of the same name for the big screen, and the result has been world-premiered at the 66th Valladolid International Film Festival