Déborah Lukumuena and Souheila Yacoub in The Braves

Anaïs Volpé's debut film The Braves [+see also:
interview: Souheila Yacoub
film profile] is about the joys of life, set against the backdrop of a tragedy. Debuting in Directors’ Fortnight, it's a story of female friendship that plays to a happy tune, a rare beast in cinema, where typically women are all too often knocked down by the hurdles put in their way. Here, the news that one of the girls has cancer pushes the friendship to the limits, but Volpé manages to keep the story in a light, energetic tone, mirroring the girls’ spirit, without forgetting to give space to heartache and tears. What's very unusual about The Braves is that these girls are 27-year-olds who hang onto their adolescents and the energy of their youth, giving them a big kid comportment that has hitherto been the standard for male bonding comedies such as The Wedding Crashers. It's an indictment to cinema that it seems so strange to watch 27-year-old women have fun and still be in pursuit of their dreams.

Speaking of wedding crashing, in one of their many moments of exhilaration, which sets up the friendship between Margot (Souheila Yacoub) and Alma (Déborah Lukumuena), the two girls try to persuade a kitchen hand to give them some leftovers from a wedding. By then, we already know that these girls are ready to do whatever it takes to get what they want.  What they want is to make it as actors. Margot has even made over 100,000 cups of coffee in a dozen Parisian cafes as she pursues this dream, and Alma has painted just as many nails. It's a pursuit made fun thanks to Margot’s friendship with Alma, who accompanies her to every rehearsal. They don't look like each other, but they have a similar energy, so it's not entirely implausible, especially in the age of colour-blind casting, which is more prevalent in the theatre. Having experienced every kind of rejection, they finally make their mark when they fake a fight at a rehearsal in the movie's first scene. The ruse works with Alma landing the leading role in a production of a play, “The Shore,” about a young pregnant girl who arrives in New York for the first time, following in the footsteps of her Italian great-grandmother. Margot is her understudy. And initially, the girls could not be any happier.

The play within the film allows Volpé to intersperse images of New York City into this Paris tale, with American cinematographer Sean Price Williams giving each iconic city a distinct feel. New York has a grainy cool look, like the credits of a 1970s cop shop, while Paris – the quotidian for the girls – is more everyday. But events in Paris soon start to mirror the harsher text of the play when Margot discovers that Alma has cancer. The lead actress being ill causes turmoil in the theatre group and in their personal lives, which will first test and then highlight the power of sisterhood. Not even the romantic side story is allowed to intrude on this central friendship. It's unusual to see so much support between women on screen, even when the story veers towards rivalry territory. Volpé will be a new voice in cinema.

The Braves is produced by Canal+, Ciné+ and Unité. International sales are handled by mk2.

more about: The Braves

BERLINALE 2022: The Geneva-born actress talks about her career and her approach to acting, as well as her participation in the recent film The Braves

Seven actresses and three actors will be presented in an exclusive hybrid programme during this year’s Berlinale, now adapted to the current Covid protocol

The Paris event dedicated to French and US independent film celebrates its 10th edition, running 14 – 21 September

The French star’s name shines bright up front in Mathieu Vadepied’s second feature film, which is produced by Unité and Korokoro, and sold by Gaumont

Boasting an abundant programme featuring a competition composed of ten titles, this year’s edition of the Francophone Film Festival is unspooling 24–29 August

The Swiss filmmaker based in Brussels just started shooting her new feature, produced by Box Productions and coproduced by Need Productions

With seven features included in various Cannes section, including the new film from Joachim Trier in competition, the French sales agent holds many assets 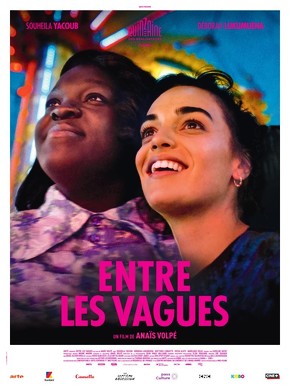 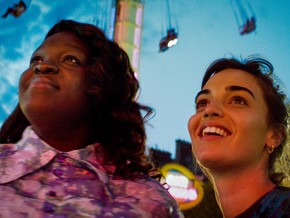 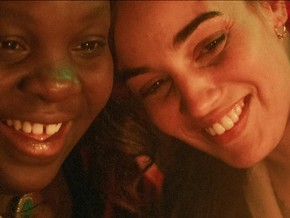 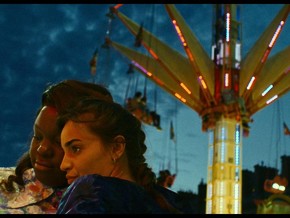