After winning the top award, the Golden George, at the 2021 Moscow International Film Festival in April, Romanian actor-director Andrei Huţuleac’s first feature, #dogpoopgirl [+see also:
trailer
interview: Andrei Huţuleac
film profile], has just had its national premiere in the Romanian Days sidebar of the 20th Transilvania International Film Festival. The film takes a long, hard look at society today, showing what would happen if our aggressive and overly categorical online reactions were to happen in reality.

The screenplay, written by Huţuleac, is based on one of the first cases of “doxing” (this term, based on “docs”, defines the action of making public someone’s personal details in order to expose that person to society’s vengeance) that was widely discussed in the media, showing the perils of public shaming. Just like what happened in reality, the protagonist of #dogpoopgirl, Alina (a very committed Andreea Grămoşteanu), will see her life collapse in the blink of an eye, going from a well-to-do bank clerk to public enemy after her newly adopted stray dog Oscar regurgitates food on the floor of a subway car and the incident shows up online in a video.

One could say that #dogpoopgirl is quite similar to Radu Jude’s Berlinale Golden Bear winner Bad Luck Banging or Loony Porn [+see also:
film review
trailer
interview: Radu Jude
film profile] (the similarities even extend to a final, fantasy-like sequence), as both films explore modern-day society’s “online tribunal”, and our obsession with quickly and unequivocally judging others based on their reaction to a certain situation. In his effort to expose the ugly face of this obsession, Huţuleac populates the screen with so many obnoxious characters that the film itself becomes just that – obnoxious. But that doesn’t mean it does not have a lot to say; it is just so desperate to be a scathing satire of society that it ends up losing its balance.

In #dogpoopgirl, everything is on the table: teenagers’ obsession with getting likes on social media, incompetent authorities, annoying bosses who make irrational decisions only to save face, morally ambiguous journalists and TV presenters (Huţuleac himself plays one of them), hysterical influencers, toxic neighbours, various Eastern European obsessions, untalented artists, and so on and so forth. The ugliness just heaps up sky high as Alina – who is by no means a likeable character – faces the consequences of her misadventure.

Even if the exaggerations and the over-the-top decisions (a subway security guard setting himself on fire on live TV?) outstay their welcome at some point, #dogpoopgirl efficiently nudges the viewer towards a useful comparison: are we by any means similar to the unmetaphorical confederacy of dunces being paraded on screen and dishing out blow after blow to Alina? Of course, everyone has his or her own rules when reacting online (for example, one rule – very rarely broken – of the author of this review is never to make a comment online that he wouldn’t say to a person’s face), but #dogpoopgirl questions whether we are wise and sensible enough on the internet. And we may not like the honest answer…

“We couldn’t predict that social media would become so important, so we are still in the process of discovering its potential”

Features from Spain, Lithuania and Poland were also among the winners at the 20th edition of the Romanian gathering

13 titles are world premieres, and 12 will be competing for awards in the Romanian Days sidebar

60 titles have received backing, including six features and shorts in which Romania is a minority co-production country

Review: King of the Butterflies 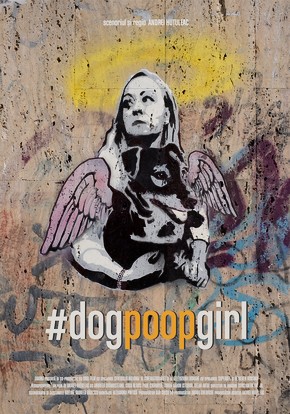 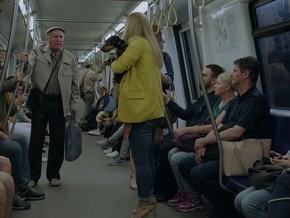 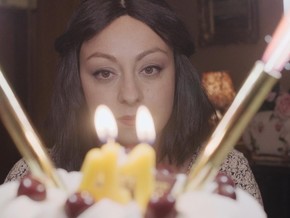 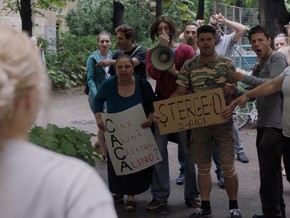 Animation – 27/09/2022
Tiivi Tüür • Acquisitions executive, ERR
We spoke to the Estonian executive, who talked through the content the pubcaster wishes to acquire, its target audiences and its distribution strategies