Review: Soul of a Beast

Pablo Caprez and Ella Rumpf in Soul of a Beast

By way of Soul of a Beast [+see also:
trailer
interview: Lorenz Merz
film profile], young director Lorenz Merz boldly offers to take viewers of the Locarno Film Festival on an acid-inspired journey inside the mind of his protagonist: a boy who’s wrestling with the traumas inherent to a life which already seems to be fading away. After his captivating debut work Cherry Pie [+see also:
film review
trailer
film profile] (2013), which painted a brave portrait of a woman at the mercy of her obsessions, Lorenz Merz is once against tackling the fate of a character on the edge of a precipice. The only Swiss film selected for Locarno’s International Competition, Soul of a Beast doesn’t shy away from anything: an electrocuted giraffe, samurais emerging from a somewhat vague parallel world, and a hallucinatory journey (caused by an unspecified dose of mescaline) through Zurich Zoo and its very many cages. But, in spite of this, and in a decidedly unexpected fashion, each and every scene (even the most surreal) seems to burst with meaning, as if wanting to remind us that film, like life itself, should be experienced instinctively without asking too many questions. Lorenz Merz demands total dedication from his audience, absolute abandon to the magic of the seventh art.

In a moment of summertime delirium, teenage father Gabriel (Pablo Caprez) falls in love with the enigmatic and elusive Corey (Ella Rumpf), who happens to be the girlfriend of his best friend Joel (Tonatiuh Radzi). Deeply wounded by their betrayal and feeling abandoned by the two people who mean the most to him in the world, Joel reveals the truth about his friend’s past to Corey, a past which Gabriel must try to make his peace with every single day. The latter, in fact, must raise his son alone following the departure of his partner (Luna Wedler) who can’t (or won’t) look after her offspring anymore. In terms of decidedly unusual characters enriching the film’s cast, the child’s grandmother - a mysterious woman with a borderline personality (Lolita Chammah) - fulfils this role perfectly. But how exactly do you reconcile fatherhood and adolescence, or responsibility and rebellion? Thrust into the midst of an emotional hurricane, Gabriel slowly slides towards irrationality as he searches for a parallel reality where he can finally live in harmony with his own desires. Reality and imagination seem to fight to take control of the screen in a relentless toing and froing between violence and tenderness. Because, despite the responsibilities that he must shoulder as a new dad, Gabriel has no intention of suffocating his “animal” side, his unquenchable thirst for freedom and teenage rebellion. In order to enhance this wilful cacophony of emotions, Merz inserts dialogue and voiceovers in German, French, English and Japanese, and this distinctly punk, linguistic symphony adds an additional layer of instability and ambiguity to the film’s already surreal atmosphere. The actual meaning of the words don’t really matter here; what counts is the feelings behind them, the emotional intentions of those who are speaking. Soul of a Beast also offers up a counter-current portrayal of motherhood, debunking the (socially constructed) myth of any presumed maternal instinct inherent to the “female gender”. Emotions are genderless and shouldn’t be dictated by a patriarchal society which seeks to instrumentalise and “civilise” them. Gabriel’s partner is a prime example of this, offering up a poignant portrayal of weakness and sincerity.

Miraculously, despite backdrops reminiscent of horror cinema, Merz’s latest feature film succeeds in treading the line between film genres - post-apocalyptic films, coming of age tales, Samurai sagas, etc. - without ever sliding into pure compilation. Soul of a Beast is a genuine punch to the guts, rousing us from the slumber which has left both us and the protagonist trapped in a reality which seems impervious to emotions.

more about: Soul of a Beast

Interview: Lorenz Merz • Director of Soul of a Beast

“My movies don’t just function on an intellectual level”

The young Swiss director talks to us about his second feature, which is competing in the Locarno Film Festival’s International Competition

The event will be held in person on the Balearic island for eight days and also on the Filmin platform for a month, from 24 July

Review: Soul of a Beast 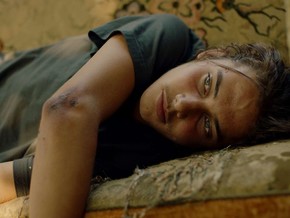 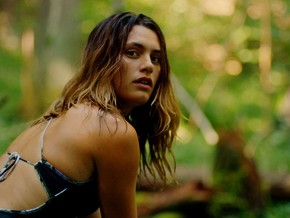 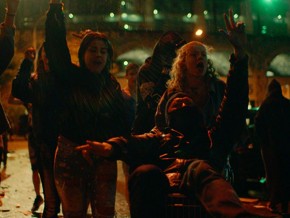 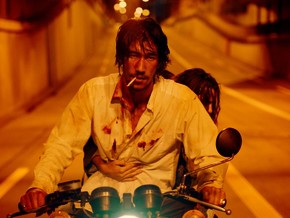 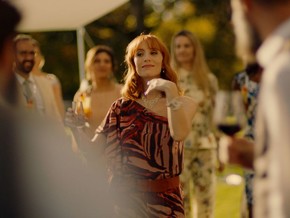 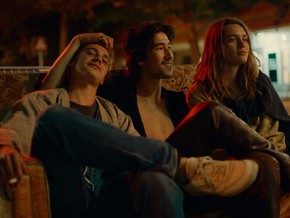 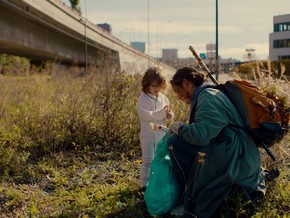 Produce – Co-Produce... – 11/08/2022
REPORT: Open Doors @ Locarno Pro 2022
A look at the Latin American-European projects Sopor and Bird by Ana Cristina Barragán and Kids Swimming in the Lake by Michael Labarca, currently in development

Christina Tynkevych • Director of How is Katia?