Selected for the Locarno Film Festival’s Cineasti del Presente competition, Holy Emy [+see also:
trailer
interview: Araceli Lemos
film profile] by Greek director Araceli Lemos forcefully transports us into the intricate world of a Filipino immigrant community in the district of Piraeus port, characterised by mysticism, resignation and an everyday fight for survival. Araceli Lemos doesn’t shy away from anything, signing her name to a troubling yet sensual debut feature film where her authorial voice rings out loud and clear, shouting: “I exist”.

Emy (a surprising Abigael Loma) is an adolescent who lives with her sister Teresa (Hasmine Killip) in a community of Filipino immigrants who dream of a better life in Greece. Unfortunately, as is often the way, reality turns out to be far crueller and harsher than they ever imagined, going so far as to transform their promised land into an alienating no man’s land. Emy’s mother has been forced to abandon her daughters and return to the Philippines after working, for years, for a wealthy yet ambiguous Greek woman who exploited her healing powers. Emy cries blood and, just like her mother, possesses gifts which allow her to heal those in pain. Her body and soul are dominated by forces which not even she can explain, uncontrolled and uncontrollable divinities which urge her to do good but also, and perhaps more surprisingly, drive her towards evil. Like her mother, this young adolescent ends up yielding to the flattery meted out by the wealthy Greek lady, a matronly woman who’s cruel and decadent yet fascinating and not entirely dissimilar to Dario Argento’s “Mothers”. Emy is forced to live between two worlds: the Filipino community where freedom and emancipation are synonymous with sin and perdition, and the Greek universe which she now inhabits, a disconcerting amalgam of exploitation and modernity. Both attract and repel her, fascinate and terrify her, and always see her somehow left alone on the sidelines, like a relic found by chance on the beach. How can she free herself from these two worlds and finally find herself? What role can she play in a society which simply sees her as an exotic and docile “other”? Emy’s body becomes her defence against conformity, a suit of armour which helps her to take on the world and transform it in her image.

Frightening and defiant of categorisation, Emy’s body becomes an earthquake which destroys everything in its path. In Holy Emy, otherness is expressed in all its heartbreaking beauty, opening our eyes to an ancestral mysticism which both frightens and attracts us, disturbs us but nonetheless sucks us in, just like a tornado. Araceli Lemos’ first feature film isn’t just an unexpected cinematic transposition of a migratory experience, it’s also an affecting portrait of a sorority who are fighting to exist and to resist. Emy and her sister Teresa are inextricably linked, and even though the former has decided to follow in their mother’s footsteps, standing up to a form of evangelisation which seeks to subjugate and tame her, nothing seems capable of separating the pair. Motherhood is depicted more as the product of a sorority than of a heteronormative relationship, of which the darker side is revealed almost immediately. Here, the body frees itself of gender barriers, becoming an instrument with which to impose one’s own identity and one’s free interpretation of the world.

Holy Emy is a radiant yet destabilising debut feature film which manages to masterfully combine social drama, Cronenberg-style horror (the Mantle brothers are never too far away), mysticism and modernity, treating the audience to a veritable inner journey which gets to the very heart of what we commonly call “the other”. By way of this first feature film, Araceli Lemos imposes herself as an authorial voice who deserves to be watched very, very closely.

First Cut+ hands out its awards at When East Meets West

Organised during WEMW for the second consecutive year, the programme has awarded prizes to the upcoming film projects by Araceli Lemos and Peter Kerekes 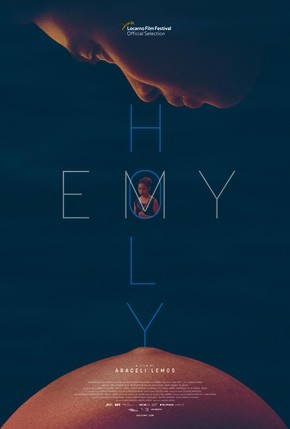 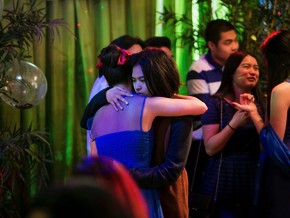 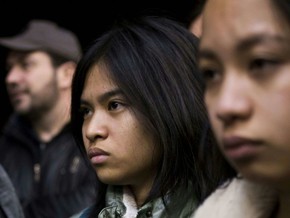