Goran Navojec in Heavens Above

Serbian director Srdjan Dragojević is back after his 2011 hit The Parade [+see also:
trailer
film profile] and his 2014 miss Holidays in the Sun with what might be his best film since Wounds in 1998. Heavens Above [+see also:
trailer
interview: Srđan Dragojević
film profile], a surreal, dark comedy split into three chapters, which deals with too many topics to list, but focuses on religion and the corruption of the human soul, is certainly overstuffed and not everything really clicks together. But this is first-class filmmaking with a riveting ending. It has just world-premiered in the Locarno Film Festival's competition.

The first segment, entitled "Sin", is set in 1993 among refugees from the Croatian War. Stojan (Goran Navojec), his wife Nada (Ksenija Marinković) and their little daughter Julija live in a ramshackle district on the edge of Belgrade with their former neighbours and local Roma people. Stojan is a saintly, selfless man, dedicated to his family and kind to his neighbours. And after a freak accident with a bulb, he wakes up with a halo.

As a life-long communist, he wants none of it, and his wife, a superficially religious woman, sees it as a curse or a sickness. After consulting with a TV priest, she forces him to sin. This does not remove the halo, but rather turns him into an evil, ruthless man.

In the second chapter, set in 2001 and entitled "Grace", the intellectually challenged Gojko (Goran's brother, Bojan Navojec) is sentenced to death after he kills businessman Petar (Miloš Timotijević) and his wife over a mobile phone. Gojko believes his saint, St Petka, is talking to him using mobile phones – a rarity back then. When Father Atanasije (Miloš Samolov), a typical, corrupt priest from that period, comes to give him absolution, he finds proof of a miracle. And when Stojan, who is now the prison warden, arrives to take him to the firing squad, he finds a newborn baby instead of Gojko.

In the third story, named "The Golden Calf" and set in 2026, Julija (now played by Nataša Marković) is a gallery owner, and Gojko, now diagnosed with schizophrenia and taking meds, is a painter. This near future is apocalyptic, the gap between the rich and the poor, typically for societies in transition, is bigger than ever, and the homeless are everywhere. Among them are a prison guard from the second story (Radoslav Milenković) and Nada. The guard discovers that looking at one of Gojko's paintings sates his hunger. It turns out that Gojko's art is nutritional, and Stojan, now the president, proclaims it – and the painter – state property.

As always with Dragojević, the characters really are archetypes, caricatures or metaphors. Despite this, the sheer craftsmanship and the inspired talent make for a wonderfully engaging picture. It was filmed classically by Dušan Joksimović, with many panning shots full of visual details and Easter eggs, and complicated choreography often including numerous extras and actors. Among the cast, Samolov and Marinković stand out, alongside the devilishly funny Goran Navojec, of course. Dragojević even tones down his trademark slapstick humour and its abundance of cursing, though for the uninitiated, Heavens Above could still be perceived as overly Balkan and non-PC.

Some of the messaging is quite straightforward, even obvious, especially with Stojan's trajectory, while other aspects do not always feel fully fledged. But the overall spirit of the film and its surreal but convincing world ring true, and will especially to Eastern European audiences. Dragojević has so far not dealt directly with faith and religion, even though aspects of it appear in many of his pictures, but the most inspiring tenets of Christianity reach their pinnacle in the film's soaring ending.

more about: Heavens Above

With his new film, the Serbian director presents a satire on religion mirroring the essential social themes of the Balkan countries

The festival expresses its solidarity with Ukrainian filmmakers

The top prize has gone to Faruk Loncarevic’s movie, while second place was claimed by France’s The World After Us, the feature debut by Louda Ben Salah-Cazanas

The Mostra de València plies the Mediterranean once again

Films produced on the shores of Mare Nostrum make up the jam-packed programme of the 36th edition of the festival, which kicks off on Friday 15 October 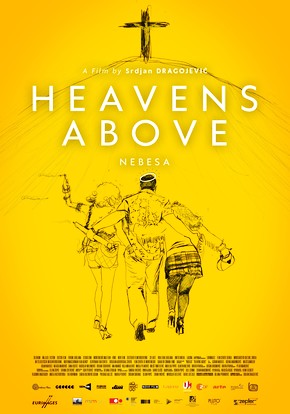 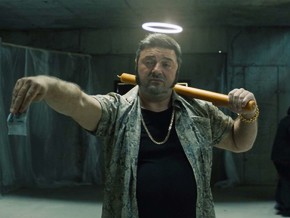 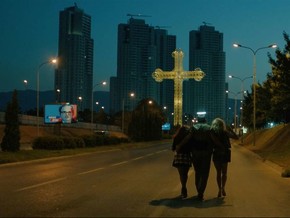 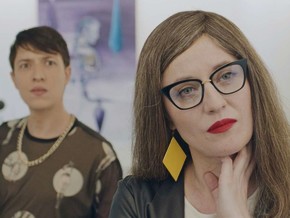 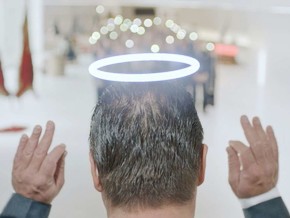 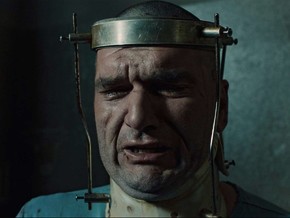 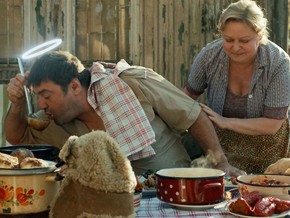 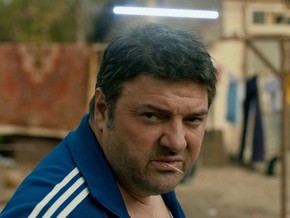