The first image in A Thousand Fires [+see also:
trailer
film profile], the new documentary by British-Palestinian director Saeed Taji Farouky (Tell Spring Not to Come This Year [+see also:
film review
trailer
interview: Saeed Taji Farouky
film profile]), which has just world-premiered in the Locarno Film Festival's Semaine de la Critique, is among the most epic of any film this year. It is a flame filmed the way David Lynch shot the nuclear explosion in Twin Peaks: The Return, as if the viewer were at the centre of the fire. But even though this Myanmar-set documentary is visually stunning, its story and intimate approach are focused on one family.

Husband and wife Thein Shwe and Htwe Tin are running one of the many unregulated oil fields in the region of Magway, home to one of the world's oldest oil industries. But "running" would imply true ownership and riches. Instead, they struggle to come up with one barrel every few days, using hand-operated rigs. There are an engine, ropes and wheels which drive the piston, but it has to be controlled manually – much like in PT Anderson's There Will Be Blood, which was set 100 years ago.

Our heroes' main goal is for their children to have a better life. It's a tight-knit family: two teenage sons live with them, and the eldest daughter is visiting with her own baby girl. They are focused on their eldest son, Zin Ko Aung, who does not want to lead the hard life of oil extraction. Instead, he plays football, and they invest their hopes in his talent.

Such manual operations are hard work indeed, and the oil wells they have dug out are located around their village hut. The two local camera operators/ADs, Than Win Han and Joshua Min Htut (who was one of the protagonists of Burma VJ [+see also:
trailer
film profile]), and sound designers and mixers Maxence Ciekawy and James Bulley beautifully capture this often contradictory world. During the day, it is full of humming, clanging and banging, while at night it is silent. The ubiquitous mud and oil are similarly juxtaposed with the surrounding lush tropical vegetation, and the viewer can almost feel the heat and humidity the two have to suffer as they go about their work. And then, there are the fires, with their simmering, undeniable power.

As these contrasts overlap and intertwine, so too do religion and superstition in the family's life. They visit two different fortune-tellers, and "feed the dragon" in a stunning and almost scary ritual connected to hot mud wells. But they also pray to Buddha and take their little granddaughter to be initiated into the religion. One of the fortune-tellers says Htwe Tin is greedy because she's a woman, while the other tells her she is the leader of the family. However, Farouky does not go into this. The director is instead showing us an intimate image, the small details in their relationships and the big decisions that they have to make – social commentary or activism have to take a back seat as we experience this deeply human story.

This intimacy is strengthened by the 4:3 aspect ratio, but also by transitional passages accompanied by Fatima Dunn's melancholy cello and harmonium score – these segments allow the viewer to reflect on the meaning of parenthood and family, and it is striking how easy it is to feel for these people coming from a completely different civilisational background.

more about: A Thousand Fires

Saeed Taji Farouky’s new feature-length documentary is a portrait of a family in flux, and a story of intergenerational conflict and compromise 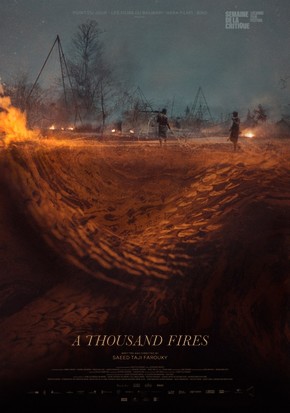 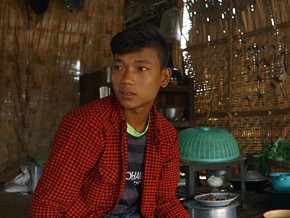 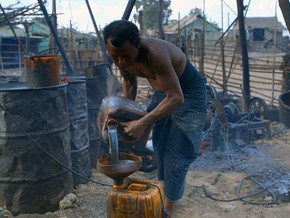 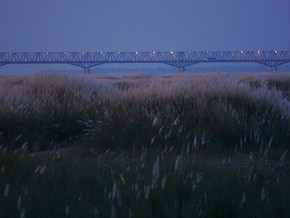 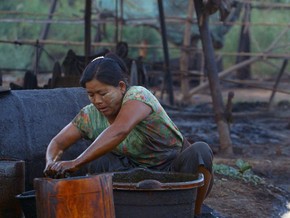 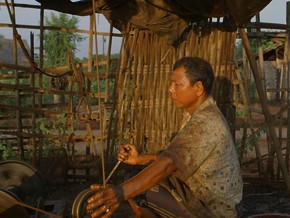