Playing in the Crystal Globe Competition at the Karlovy Vary Film Festival, Philip Barantini’s Boiling Point [+see also:
trailer
interview: Philip Barantini
film profile] is the latest addition to the one-shot movie club. Once upon a time, audiences used to be amazed when Alfred Hitchcock would do shots lasting eight minutes. But then, digital started to replace celluloid, and the ability to shoot films on ever-smaller cameras, needing less lighting and with hard drives able to record hours of footage at a time, led to an explosion in the number of one-take movies. Famous examples include Russian Ark [+see also:
trailer
film profile], Victoria [+see also:
film review
trailer
interview: Sebastian Schipper
film profile] and Birdman. There are many other films that you're less likely to have seen: most Ryan Reynolds fans have probably not seen Buried [+see also:
film review
trailer
interview: Rodrigo Cortés
film profile] (they should). Woody Harrelson even directed and starred in a one-take movie, Lost in London, which played live in a cinema in real time as it was being shot only hundreds of metres away. All this is to say that the one-shot gimmick is not as exciting or as breathtaking as it once was, so the good news is that Boiling Point cooks up a good movie because it boasts decent performances, interesting characters and several fun twists.

It stars Stephen Graham as Andy, a head chef at a luxury restaurant. Graham has become one of Britain's finest actors, and he's excellent in a role that sees a bad day get a whole lot worse. It starts with him being late to work again, stinking of booze and struggling with his personal life. He walks into a health-and-safety assessment with the health officer disappointed that the standards in the restaurant have been slipping. The establishment is marked down from a top-rated five cleanliness rating to a mediocre three, and it's clear that the standards have indeed started to drop in the last two months. Andy has a short temper and at first targets his staff for the poor rating, but it's apparent to all of his team that the root of the problem is Andy.

When the restaurant finally opens, the guests include a racist patriarch, a celebrity chef, a group of American tourists and a man about to propose to his girlfriend, who has a nut allergy. Andy's particularly stressed that he has to serve celebrity chef Alistair Skye (Jason Flemyng), for whom he used to work. If that was not bad enough, he turns up with food critic Sara Southworth (Lourdes Faberes). But the drama on the restaurant floor is nothing compared to what's happening in the kitchen. Each member of staff has his or her own problems. One has been offered a better-paid job elsewhere, another has suicidal thoughts, the dishwasher is pregnant and is upset that her kitchen porter is late, while another is in the first week of work. Sous-chef Carly (Vinette Robinson) hates the floor manager, and the chef (Ray Panthaki) hates everyone.

The excellent script has been developed from the BIFA-nominated one-shot short film of the same name by director Philip Barantini and co-writer James A Cummings. Indeed, one of the least exciting things about the film is that it's made in one take, a technique that has been done more spectacularly and with more ambition elsewhere. The device means that the director occasionally has to create moments that feel superfluous and lacking in energy to allow for set changes without the need to call “cut”. One character goes off to a drug deal; another cries behind a closed door in a toilet. But these moments are excusable in this very impressive effort by Barantini, who is clearly hot stuff as both a writer and a director.

"I wanted not to give the audience a breather"

The British director tells Cineuropa about the trials and tribulations of making his new, one-take movie

After Love wins six awards, including Best British Independent Film, at the BIFAs

Five new films including Her Way and The Scars of Ali Boulala, and six post-production titles shine in the French vendor’s bumper line-up 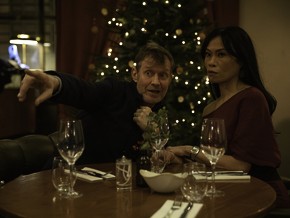 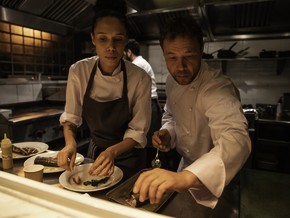 What level of financial contributions from platforms to creations?

The impact of superhero movies on the European box office

Distribution, Exhibition and Streaming – 26/01/2022
The impact of superhero movies on the European box office
European cinema group UNIC reported that Spider-Man: No Way Home earned around €93 million in UK and Ireland and €48.5 million in France