Review: As Far as I Can Walk

Serbian director Stefan Arsenijević, who broke out internationally in 2003 by winning the Golden Bear for his short (A)Torsion, which he followed up with the 2008 Berlinale Panorama title Love and Other Crimes [+see also:
trailer
film profile], is back after a long hiatus with a new feature, As Far as I Can Walk [+see also:
trailer
interview: Stefan Arsenijević
film profile]. The film has world-premiered in Karlovy Vary's competition.

The story is loosely based on a famous Serbian epic folk poem, Banović Strahinja, which is also the original title of the film, and the name of the main character. But here's the catch: Strahinja, whose real name is Samita (French actor Ibrahim Koma, last seen in Daouda Coulibaly's Wùlu [+see also:
film review
trailer
film profile]), is a migrant from Ghana, one of thousands who ended up in Belgrade refugee camps after attempting to cross into the EU.

As the film opens, we see Strahinja and his wife of three years, aspiring actress Ababuo (Ghana's Nancy Mensah-Offei), in a tender and passionate embrace on the lower bunk bed in the camp dormitory. Having submitted their asylum papers to the Serbian authorities after being deported back from Germany, the pair has apparently settled in Belgrade. Strahinja believes life in Serbia is not such a bad option, has learned the language and hopes to get selected for a local football team.

This actually works out, but after a night of celebrations, Strahinja returns to find his wife missing. He learns she has suddenly left with two Syrians for Hungary. Not hesitating for a moment, he packs up and goes to Aca (Slaviša Čurović), the “chief” of a group of taxi drivers who smuggle refugees into Hungary. He has already been bringing “customers” to Aca, and the man insists that room is made for his protégé in a car overloaded with a five-strong Syrian family. Nothing will stop Strahinja from finding his wife, not even the fact that he will lose his right to asylum as he has left the country.

The film takes place in autumn or winter, and as such, the colours are muted, leaning towards greys and browns. Belgrade itself does not figure prominently in the feature: instead, DoP Jelena Stanković's camera depicts the refugee camp as a rugged, poorly equipped place, but clean enough and managed responsibly. When Strahinja gets on the road and is forced to trudge on foot through the Hungarian countryside, sleeping in a deserted mansion in the middle of nowhere, Stanković's camera follows him from the back, implying the lengths the man is determined to go to to find his wife.

The refugees are presented as broken and poor, but dignified, and as opposed to many other similarly themed films, we get real, flesh-and-blood characters in Strahinja and Ababuo, with well-defined personalities, pasts and hopes for the future. And therein lies the film's greatest strength: both actors are positively magnetic on the screen, but especially Koma, whose drive and extraordinary charisma often collide with Mensah-Offei's pride and headstrong ambition.

Segments of the titular epic poem are read in a female voice-over, its decasyllabic rhythm always matched by editor Vanja Kovačević to images of Strahinja on the move. The idea of combining Serbian tradition with very modern, topical civilisational issues makes sense as a concept but is not necessary for the narrative, which unfolds smoothly, except for the very ending of the film: its emotional, humane message that goes beyond the obvious topics is somewhat undermined by an overly rushed execution.

As Far as I Can Walk is a co-production by Serbia's Art&Popcorn, Luxembourg's Les Films Fauves, France's Surprise Alley, Bulgaria's Chouchkov Brothers and Lithuania's ArtBox. Belgrade-based Soul Food has the international rights.

more about: As Far as I Can Walk

Interview: Stefan Arsenijević • Director of As Far as I Can Walk

With the help of a medieval epic poem, the Serbian director intends to reinvigorate his cultural heritage

EXCLUSIVE: Trailer for Karlovy Vary title As Far as I Can Walk

15 feature films to compete for the Golden Rose Trophy

Consulted by a diverse range of European invited experts, the Academy Board has chosen 30 films to vie for the awards, and will round off the selection in September

The film by Hungarian directors Igor and Ivan Buharov has won the Sauvage Award for Best Fiction Film, while Eva Stefani's Days and Nights of Demetra K. was named Best Documentary 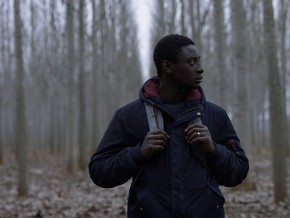 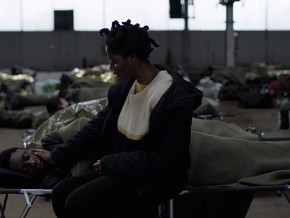