KARLOVY VARY 2021 East of the West

The title Sisterhood [+see also:
trailer
interview: Dina Duma, Antonia Belazelk…
film profile] is something of a misnomer in the debut feature by Skopje-born film graduate Dina Duma because this is a tale of how friendships can be deceiving, especially in those teenage years when sex becomes the dividing line between childhood and adulthood. Sisterhood delves into that moment during one’s school years – that time of sexual awakening when ideas of reputation and shame take on an exalted and, at times, damaging significance. In telling this tale of toxic female friendships in the social-media age, Duma is aided by the sensitive and probing work of cinematographer Naum Doksevski as she creates a heart-breaking film, which is playing in the East of the West Competition at the Karlovy Vary Film Festival.

We may have entered the digital age, and teenagers might be on their smartphones all the time, but the idea that a teenage girl who sleeps with a guy is a slut, while a boy of the same age is a hero, remains the same. The difference today is how social media is used to bully, to shame or as part of revenge plots. All three apply here in a coming-of-age tale that has hints of Larry Clark's Kids and Eliza Hittman's Never Rarely Sometimes Always [+see also:
film review
trailer
film profile] in the way it presents a teenage girl as one wrong sexual liaison away from disaster. There is an edginess to the tale that's replicated in the camera choices and the grain-filled image.

The action takes place in North Macedonia, but it’s a story that’s repeated around the world. Two best friends, Jana (Mia Giraud) and Maya (Antonija Belazelkoska), swim, sing and party together. Jana is the taller of the two and also the more dominant personality. Initially, this is a good thing, as she gives Maya support after her father leaves her mother and collects his last box from home. They are constantly texting and filming their lives together. What could go wrong? One night at a party, Jana encourages Maya to lose her virginity. Jana also eggs on the boy that Maya has been crushing on. There follows a harrowing scene in a bedroom where the boy fully expects to sleep with Maya, who is clearly not ready. It's excruciating to watch, and it's a relief when Maya decides to disappoint the young lad, despite her hurt feelings. But just when all feels fine, something far worse happens, and Jana and Maya become the problem.

A more exuberant classmate, Elena, gets drunk and gets together with Maya's crush. Jana, who believes this guy has just taken her friend's virginity, encourages Maya to take revenge by posting a video of Elena in a compromising situation. Elena is then slut-shamed. Sisterhood deals with the fallout, which includes a police investigation.

Sisterhood shows how friendships can turn sour quickly and how teenagers can turn against one another. The fluctuating nature of water is a motif throughout, with several critical scenes taking place either at the swimming pool or on the riverbanks. While what happens is predictable in many ways, it's the direct way in which Duma shoots and chooses to tell the story that makes it so relatable. There are moments when the image looks like it's shot with phones or text messages appear on the screen, but this is done just enough to give a sense of their lives without becoming grating. Duma has a cinematic eye and a way with young actors, but most importantly, she creates empathy for archetypal teen characters.

Sisterhood is a Macedonian-Kosovar-Montenegrin production staged by List Production, with Added Value Films, Videa Production and Arizona Productions as co-producers. Cercamon is handling the international sales.

The director of and the actresses in the Macedonian film, winner of the Special Jury Prize in the East of the West competition, discuss sorority and the dangers of social networks

The festival expresses its solidarity with Ukrainian filmmakers

Other winners include House Arrest, The Accusation, Sisterhood, The Staffroom, The World After Us, As Far as I Can Walk, Darkling and Heroes 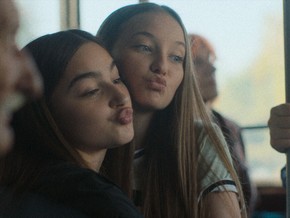 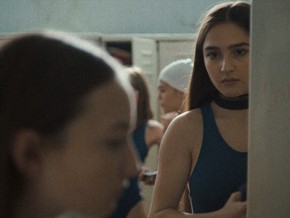