02/09/2021 - VENICE 2021: Acclaimed video artist and filmmaker Yuri Ancarani shows us Venice as we’ve never quite seen it on screen before

Atlantide [+see also:
trailer
interview: Yuri Ancarani
interview: Yuri Ancarani and Marco Ale…
film profile] translates to “Atlantis” in English – the famous submerged city of Greek myth, a metropolis with water coursing through its streets and imposing civic structures. Yuri Ancarani recovers some of this sense of fantasy with his second full-length feature, incorporating more contrived fiction into his typical documentary gaze. The island city of Venice is utterly visually familiar to us, whether we’ve been there or not; we don’t need to recount the prior cinema depicting it as the ultimate lovers’ island, or the appeal of photographing its twisting, MC Escher-like bridges and byways. Ancarani sweats – and we can feel the effort – to make us see it anew, preferring to bring the civilian aspect of the city to revelatory light. The film was one of the first to premiere in the Orizzonti section of this year’s Venice Film Festival.

This movie is an open-enough text that any personal association or interpretation won’t seem too far-fetched; Ancarani has an even greater reputation on the gallery circuit, and works from that realm usually allow the viewer more space for this mode of viewing. Atlantide reminded this reviewer most of Monte Hellman’s underground classic Two-Lane Blacktop (others may compare it to a particularly fast and furious film franchise) – an eerily existential look at Californian car culture and America’s mythically winding highways. Here, we can substitute cars for motorboats, specifically the barchino; these things are fetishised, deified, and groomed by a subculture of young people who seem to have “dropped out” to live on the adrenaline of charging a speedboat past the waves like a hot knife through butter.

Similar to kindred Italian documentary spirit Roberto Minervini, Ancarani has cast a real person to play a character close to himself, enacting his typical behaviours and routines amidst the director’s staging (which he has described himself as a “sculptural” effect). Our primary character is Daniele, a distracted and melancholic young man residing in Sant’Erasmo, a lesser-known island spotted with greenery, found to the north-east of Venice’s more populated bulk. His life is hollow, but driven: he wants to make it to the top of the leaderboard, the top speeds in km/h indented into a wooden pole on the coastline. His philtrum piercing-sporting girlfriend Maila is devoted to him, but clearly less so to his dangerous, neurosis-inducing passion.

Whilst Ancarani maybe walks too narrow a line between allowing his characters’ physicality and material presence to stand in for more detailed exegesis, and permitting a more layered interiority, he achieves a canny dialectic between this Venetian underclass and the tourist masses. In one eloquent reverse shot, a tourist’s smartphone snaps Daniele, singling him out as a bit of local colour, a curiosity glimpsed in an exotic place. But through hitching resolutely to Venice’sactual, often invisible, permanent residents, Ancarani makes the tourist herself seem like the alien presence.

The film’s haunting, ten-minute denouement leaves realistic representation behind entirely, with Ancarani creating a psychedelic visual feedback loop that could perhaps play in isolation in a hushed art gallery. Whilst one could accuse it of being too disconnected to the prior two-thirds, its transformation of the Venetian canals into a mise en abyme of bending lattices has a nicely didactic push: look at things differently, lest we miss what they really are.

Atlantide is a co-production between Italy, France, the USA and Qatar. The producers are Dugong Films, RAI Cinema, Luxbox and Unbranded Pictures. Luxbox is handling the international sales.

“I wanted to create something beautiful; we are not used to beautiful things any more”

VENICE 2021: In his film, the Italian director focuses on a group of teenagers, showing a side of Venice that normally remains hidden to outsiders

VENICE 2021: Acclaimed video artist and filmmaker Yuri Ancarani shows us Venice as we’ve never quite seen it on screen before

Alberto Barbera presents the 19 films selected, reminding us that “many authors passed through the Orizzonti section before arriving in the festival’s Competition” 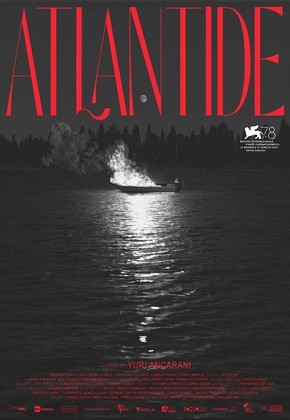 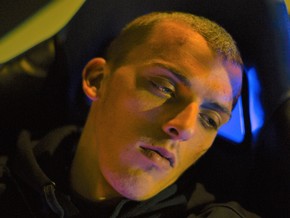 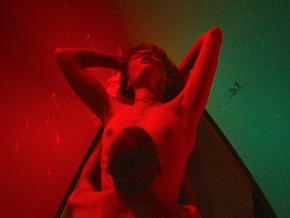 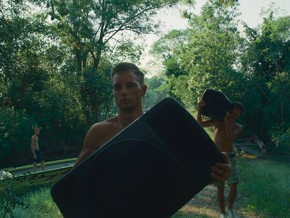