05/09/2021 - VENICE 2021: Argentina’s Gastón Duprat and Mariano Cohn rip the industry a new one in their satire that’s as on point as it is hilarious

In Official Competition [+see also:
trailer
film profile], a film that’s actually bound to be appreciated by the industry it so mercilessly spoofs – and probably entertaining enough to get through to the “normal” audience as well – Gastón Duprat and Mariano Cohn show the hardships and the absurdities that come with undertaking a mission that’s always likely to bring pain and only sometimes glory: making a movie. Their joint effort is screening in competition at the Venice Film Festival.

Making a movie is something that a moneyed entrepreneur has set his heart on following his 80th birthday and a bit of a late-life crisis, as he has accumulated substantial wealth over the years but no respect. He has no interest in art whatsoever; he just wants to be associated with the best – be it a book by a Nobel Prize winner, which he hasn’t even read, or a prestigious crew that’s about to adapt it, whom he doesn’t even know. Lucky him, as soon enough, egos clash and petty jealousies (as well as freakishly giant rocks) threaten to ruin the whole endeavour. Which is, one suspects, exactly what happens every single time on set anyway, with nice words about fellow crewmembers reserved for future puff-piece interviews and press conferences. Press conferences which also make it into the film, shown so damn well that any film journalist is bound to end up giggling with recognition. And shame.

But before the clueless journos get to ask their first questions, director Lola Cuevas (Penélope Cruz, sporting a truly impressive perm here) needs to get her main actors ready: well-respected, if not exactly well-known, thespian Ivan (Oscar Martínez, who already won at Venice for the duo’s previous film, The Distinguished Citizen [+see also:
film review
trailer
film profile]) and superstar Félix (Antonio Banderas). The two couldn’t possibly be any more different, and that’s just what Lola wants for her film – or so she thinks, as in no time, every scene turns into a battle. Appropriately, perhaps, given that the feature they are working on is called Rivals.

Martínez and Banderas are both mocking their own public personas – or their accents – and it’s a delight to watch, with Banderas’ master class in acting drunk, from completely smashed to intoxicated to just a bit tipsy, being among the funniest things this writer has seen all year long. He would have been great in Another Round [+see also:
film review
trailer
film profile].

Some of it is very predictable – the one with acclaim wouldn’t mind some box-office success and vice versa, with both pretending it’s not an issue at all – and even a tad pretentious, as Official Competition is really not as deep as it pretends to be sometimes. But the mind games they play with each other are just delicious, albeit questionable. What Lola does to this pair, putting them through hell and then some, would be viewed very differently if she were a male director, and it’s very telling that one of the few moments when Ivan and Félix understand each other perfectly is when they both call her a “bitch”. There is a bitterness to this film’s humour, that’s for sure. And while that makes it an acquired taste, it also makes it interesting. That press conference at Venice is going to be a riot.

Official Competition is a Spanish-Argentinian co-production staged by Mediapro. Its sales are handled by Protagonist Pictures.

The Piggy director has now enlisted the talents of Belén Rueda, who stars in this sinister fable about loss and motherhood, which unfolds in two, distant time periods

She also stars -along with Irene Escolar, Itziar Manero, Helena Ezquerro and Bárbara Lennie- in her debut film, a summer tale recently filmed in León

The US actress, flanked by Mariano Cohn, Leonardo Di Costanzo, Audrey Diwan, Leila Hatami, Kazuo Ishiguro and Rodrigo Sorogoyen, will choose the winner of the next Golden Lion

Directed by Félix Sabroso and Marta Font, the show is toplined by two actors who have previously collaborated with El Deseo: Elena Anaya (The Skin I Live In) and Hugo Silva (I’m So Excited)

There’s no talk of online or hybrid formats this year; instead, close to one hundred works of each and every genre will be banging at the Luxembourg capital’s gates between 3 and 13 March 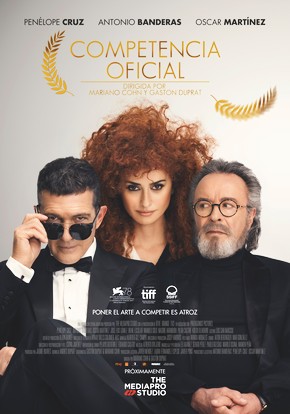 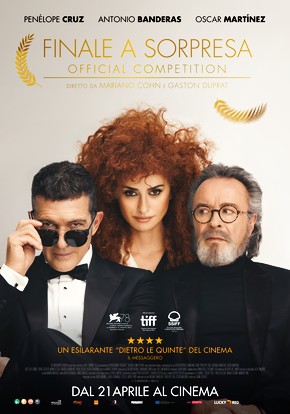 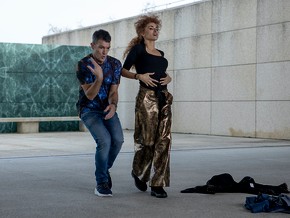 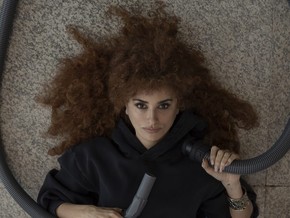 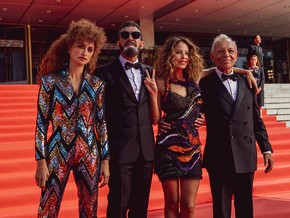