It seems like there has been a flood of films about the dangers of illegal abortions, the most celebrated being the Venice Golden Lion-winning Vera Drake [+see also:
trailer
film profile] by Mike Leigh and Eliza Hittman's Berlin Silver Bear laureate Never Rarely Sometimes Always [+see also:
film review
trailer
film profile]. But to dismiss these features as some sort of a movie wave seems churlish, given that the debate around abortion is as vibrant, important and contentious as ever. One only has to look at the protests led by women in Polish cities in early 2021 following the near-total ban on abortion. It's arguable that given the debates, the conundrums and the discourse on the subject, there should be more films about it. That importance is reflected in the fact that Audrey Diwan’s Happening [+see also:
trailer
film profile] is unspooling in competition at the Venice Film Festival.

Having said that, where some might have a genuine issue with Happening is that it follows the lead of these two award-winning films by concentrating on the hardships faced by a pregnant woman trying to have an abortion at a time when it's against the law. Diwan's drama is based on the memoir of Annie Ernaux, who wrote about her experience of trying to have an abortion in the 1960s, more than a decade before France introduced the "Loi Veil" in 1975 decriminalising it. While looking at this moment when abortion was illegal makes for visceral cinema, and Happening is gut-wrenching and a powerful watch, it also feels slightly removed from the issue today, where the reintroduction of abortion laws is part of a push-back against feminism.

What makes this question of contemporary resonance spring to mind when watching Happening is the film's modern aesthetic. Our point of view twirls and spins through the tight 1:37-ratio frame. In the opening sequences, the camera is almost like another person in the room, taking us dancing with Anne (Anamaria Vartolomei) and her friends. The music, the vibe, the clothes and the haircuts make one suspect that James Dean is about to walk into the room. Quickly, the tone and the desire to concentrate on Anne's experience are established when the sex that causes the pregnancy is suggested, rather than seen. Omitting this sex scene has the effect that when the student discovers that she is pregnant, the audience shares her surprise.

What follows is not always as nuanced. Anne is sure that she wants to be rid of it and immediately starts seeking out help. Her physician sends her away, reminding her that she is breaking the law. So, Anne starts operating in code, speaking in euphemisms and trying to find someone to help. It's a struggle that reaches its nadir when the man who got her pregnant suggests that now is a good time to sleep together, as there are "no consequences".

Running parallel to this is the constant reminder of what Anne should be doing, as her friends debate the merits of Sartre. A communal shower scene demonstrates the depth of feeling against abortion, where some classmates turn on Anne. But the central moments of the film come as writing on the screen keeps updating the audience on which week Anne is in, acting like a ticking clock as she makes increasingly desperate attempts to terminate. Along the way, she discovers that some helpers were not so helpful, and people act according to their own conscience. Diwan concentrates on what happened, rather than creating a morality around it, letting the audience bring their own feeling into the room without hiding just how painful and dangerous Anne's abortion attempts are.

Happening was produced by France’s Rectangle Productions, in co-production with France 3 Cinéma, Wild Bunch and SRAB Films, with the participation of Canal+, Ciné+ and France Télévisions. Its French distribution is handled by Wild Bunch, which also oversees its international sales.

VENICE 2021: The laureates have been decided on independently by associations of film critics, clubs and cultural associations, as well as cinema professionals

VENICE 2021: Audrey Diwan adapts Annie Ernaux’s memoir about her attempts to have an illegal abortion in France in the 1960s

Produced by Rectangle, sold by Wild Bunch International and adapted from the novel by Annie Ernaux, the filmmaker’s second feature film should enjoy its world premiere within a major festival 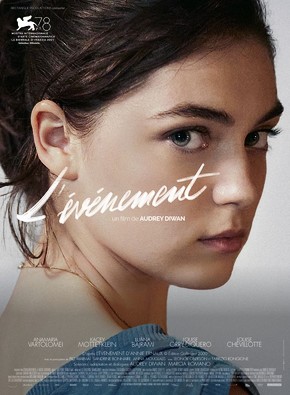 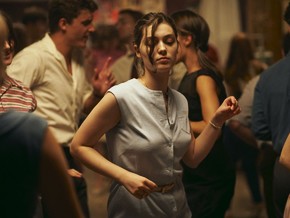