Ukrainian director Valentyn Vasyanovych – who also produced Myroslav Slaboshpytskyi’s The Tribe [+see also:
trailer
film profile] – is really a one-man band, usually handling multiple duties on his films. His Reflection [+see also:
trailer
interview: Valentyn Vasyanovych
film profile], already bringing some controversy to the Venice Film Festival’s main competition, is no exception, but the way he decided to shoot it is especially interesting. Vasyanovych doesn’t just look at war here; he stares. Especially when it comes to surprisingly lengthy scenes of graphic violence and torture, so symmetrically stylised that they feel as posed as a Pietà. His static shots have nothing to do with, say, the almost hallucinogenic madness of Abu Ghraib in Paul Schrader’s The Card Counter [+see also:
film review
trailer
film profile], shown at the Italian gathering just a few days ago. There is something very calculated about them, and indeed this whole film, that makes everything even more chilling. Nothing is personal here – it’s just business as usual.

Vasyanovych has been mentioning that his intention was to remind everyone about the war in Ukraine, which has been pushed aside in order to accommodate fresher stories. But Reflection is also about what happens after, once the worst is seemingly over yet PTSD is about to kick in. Sergiy (Roman Lutskyi), a divorced surgeon, doesn’t really talk much – if he did, he could echo that Ron Kovic cry of “I fought for my country! And I think I deserve to be treated decent!” as once again, nobody cares, especially not about what he saw after being captured by the Russian military forces.

He is no wannabe hero – just the kind of guy who doesn’t want to die for his country but who still wants to help. Being in between won’t really help, though, and once behind enemy lines, he is captured, first tortured and then exploited for his medical skills. It’s almost a literal descent into hell that Vasyanovych shows here, apparently inspired by the actual “hidden” prisons, popping up all over the place and even taking over deserted museum buildings at times – just like the infamous Isolation in Donetsk, first guarding contemporary art pieces and now prisoners. Sergiy could just bury it all, as is so often the case. But he has a kid.

That’s where things get really interesting: if you are supposed to explain the world to your child, how do you explain its worst side? Still, no one can stay sheltered forever, it seems, not when even birds are smashing right into the window, leaving nothing but a faint trace of a violent crash. Where his award-winning Atlantis [+see also:
film review
trailer
interview: Valentyn Vasyanovych
film profile] (named Best Film in the Orizzonti section of Venice in 2019) was granted a sci-fi like aura, here Vasyanovych is returning to the Earth we all know and hate. It’s recognisable, but it’s still strange, as even the “normality” that Sergiy comes back to is devoid of all colour and joy. You can pretend that the war is not happening just around the corner, it seems, or relegate it to the Strugatsky brothers’ The Zone, but it will poison your world anyway.

Reflection is a Ukrainian production written by Valentyn Vasyanovych. It was staged by Arsenal Films and Forefilms, while its international sales have been entrusted to New Europe Film Sales.

“Inhuman torture takes place not somewhere far away, but right here in Europe”

VENICE 2021: There is no looking away in this, the latest take on the ongoing war in Ukraine, which comes on the heels of Atlantis

With a selection of 36 projects, including those by Adina Pintilie, Milko Lazarov, Radu Jude, Ole Giæver and Simon Jaquemet, among others, the Berlinale’s co-pro market is raring to go 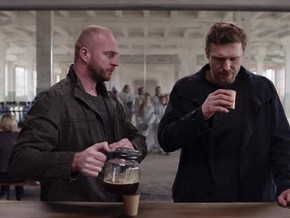 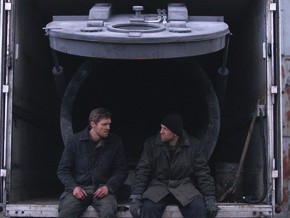 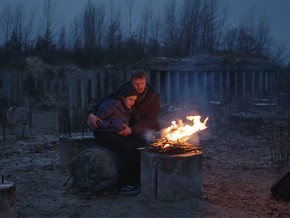