Cambodian filmmaker Kavich Neang’s White Building [+see also:
trailer
film profile] repeats a sage piece of advice, for when the going gets a little tough: when in need, dance. The film begins with our primary character Samnang, or Nang (Piseth Chhun), and his two buddies practicing a synchronised hip-hop dance routine for a competition, and they’re not at all bad. It helps offset the gloom — the gorgeously coloured and lit gloom, it must be said — that ends up consuming this impressive debut fiction feature, a companion piece to the director’s well-traveled 2019 documentary Last Night I Saw You Smiling [+see also:
trailer
film profile] (also about the sale of his family’s piece of social housing, and local gentrification more generally). The film premiered earlier this week in the Orizzonti section of the Venice Film Festival, and it will play in BFI London Film Festival’s First Feature Competition next month.

A deeply personal, shape-shifting piece of work, White Building follows the fortunes of Nang and his ailing, melancholic mother (Sokha Uk) and father (Sithan Hout), together with the White Building, which has been their home for generations and is a cherished piece of Phnom Penh social housing, and which is put on the market for Japanese and Chinese investors. We are transient, we’re seldom still — yes, but the White Building has a certain symbolic function, being home to a vibrant class of local artists and civil servants, and from its construction in 1963 (in a funky, modernist style that corresponds to Brutalist architecture’s rise in the UK), a silent witness to Cambodia’s tragic social upheavals.

In her 2009 film Fish Tank [+see also:
film review
trailer
interview: Andrea Arnold
film profile], Andrea Arnold set an interesting precedent for shooting archetypal imagery of British social realism (council estates, concrete and cramped kitchens) in a more abstract, lyrical style. This is not far from what Neang achieves here, down to the important motif of dance (highly trained dance, not swaying in a corner of a discotheque) as a way to purge and liberate oneself from pain. After the three friends, Nang, Ah Kha and Tol, realise the limitations of their high-level dancing talent during an underwhelming public performance — how sad to see dreams die! — attention shifts to his parents’ flight from the building, an even more pessimistic concern of the plot.

This is emblematised by the diabetes of Nang’s dad (who remains unnamed), precipitating an issue with a dead toe, which doctors in the profit-making healthcare system suggest be amputated. The father is resolute, preferring natural remedies such as a honey compound; ironically, he seems a less pragmatic individual than his barely two-decades-old son, who sees how Cambodia is altering and shares his generation’s determination to do something about it. And so, like the film’s director, Nang takes up filmmaking.

There are times when White Building’s runtime — an exact 90 minutes — seems more an obligation than something justified by the small number of consequential events that unfold. Neang is trying stuff too: static, long-take documentary interludes of the dilapidated corridors, then a minimalist fantasy sequence akin to avowed inspiration Apichatpong Weerasethakul, experimenting in a way that occasionally feels fitful and provisional rather than masterful. But for such an uncharacteristic Cambodian co-production, the film inspires faith that Neang could eventually become an articulate local storyteller — a poet of lives caught in history — like its co-producer Jia Zhangke is for mainland China.

White Building is a co-production of Cambodia, France, China and Qatar. It was produced by Davy Chou of Anti-Archive and Marine Arrighi de Casanova of Apsara Films. Les Films du Losange is handling sales.

“I take great pleasure in helping filmmakers accomplish their vision, when I really admire their talent”

CANNES 2022: We met up with the French-Cambodian director, who has crafted an impressive and intimate feature around the topics of adoption and identity

Zita Hanrot and Louise Chevillotte lead the cast of the filmmaker’s new feature, which is produced by Apsara Films and sold by Pyramide 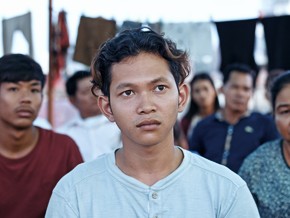 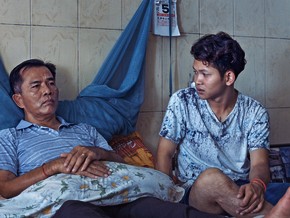 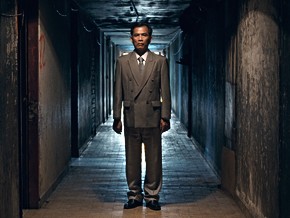 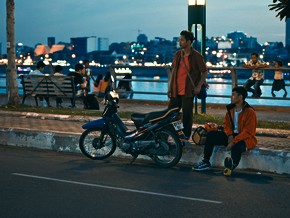 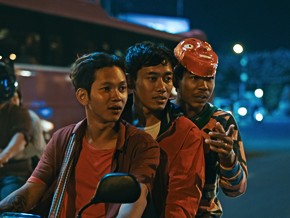 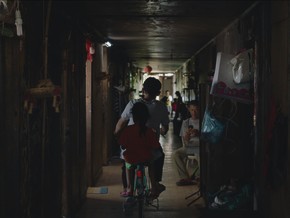