10/09/2021 - VENICE 2021: The D’Innocenzo brothers reunite with Elio Germano to offer up a feast-for-the-eyes thriller exploring men’s sense of inadequacy in the third millennium

It’s not every day you traipse down into the basement of your little house to find a girl, gagged and tied to a post, who’s been there for who knows how long. But this is exactly what happens to Massimo Sisti, a kind and gentle dentist who lives a peaceful life on the outskirts of Latina on the Lazio coast with his loving wife Alessandra and their daughters Laura and Ilenia.  Fabio and Damiano D’Innocenzo have once again joined forces with Elio Germano, the protagonist of their previous work Bad Tales [+see also:
film review
trailer
interview: Fabio and Damiano D’Innocenzo
film profile] (the winner of the Silver Bear for Best Screenplay at the 2020 Berlinale and of the Best Film accolade at the Nastri d’Argento awards), to offer up America Latina [+see also:
trailer
film profile], which is competing in the 78th Venice International Film Festival.

After the initial shock, Massimo doesn’t free the girl (Sara Ciocca), he doesn’t call the police and he doesn’t tell his wife (Astrid Casali), and it’s from this moment on that his life falls apart. He suspects his only friend (Maurizio Lastrico) and says as much to the local barista (Filippo Dini – who might be imaginary, like the bartender in The Shining), but he mostly suspects himself. Could he be suffering from amnesia? He pores over his diary and scrawls question marks onto the blank pages whose days he has no memory of. He slips down into the basement every so often to give a drink to this young woman, who moans but never talks. He goes to see his father (Massimo Wertmüller) who lives alone in poverty and who despises him, telling his son he’s nothing but a whiner and very clearly the source of the dentist’s insecurity, if not his psychopathy. Massimo starts gulping down psychiatric drugs; everything becomes blurry and distorted, his paranoia stretching even so far as his teenage daughters (Carlotta Gamba and Federica Pala) who play the piano for their dad and make him a birthday cake. Maybe they know his secret? Totally delirious, he accuses the three women of trying to frame him and of wanting to replace him with “a better father”.

The most unsettling of the new and promising talent to hail from the Italian film world, the D’Innocenzo brothers are signing their names to yet another instalment of their Italian brand of suburban gothic cinema, complete with a house and a pool (a constant in their movies), which they themselves have described as “a love story, and, like all love stories, it’s a thriller”. They use everyday events – the little family sit in front of the TV listening to news of yet another slaughter within a family home carried out by a father, because TV is always the source of monsters – to convey the sense of total inadequacy felt by men in the third millennium, who are incapable of acknowledging the social evolution enjoyed by women both within and outside of the family, or of accepting the wider sisterhood.

The directors formulate their argument in the only way they know how: by inscribing it within the type of cinema they love the most. Consequently, the scenery, which is seen as an essential element, certain camera movements, various dolly shots and a handful of zoom ranges are borrowed from this or that director (the film is shot in 35mm format, and a lot of work has gone into the sound this time round), the cherry pie could represent the mushrooms eaten by Clint Eastwood in The Beguiled by Don Siegel (uncoincidentally treated to a female overhaul by Sofia Coppola, from which the D’Innocenzo brothers borrow the three women’s nightdresses), and Elio Germano’s re-emergence from the hellish basement resembles Nosferatu in Friedrich Wilhelm Murnau’s work. Playful references abound, and the brothers’ desire to play can be felt even before the film begins, from the whistling of the Universal theme tune to the opening credits which are rolled out backwards, via the film poster itself, which is identical to that of the TV series Fargo. Their declared cinephilia might seem contrived to many, but it’s never ostentatious or for its own sake; it’s an unspoken agreement with the viewer and a feast for the eyes.

Marescotti Ruspoli’s debut feature is a visually refined, well-acted film with impressive work on sound, whose meandering plot reflects the disorientation of its protagonists

Scripted by the D’Innocenzo brothers, Stefano Cipani’s second film respects unity of place and time and is buoyed by its dialogue and acting performances, yet its tone remains unclear

Gianni Amelio in competition in Venice with Lord of the Ants

The director’s new film, one of five Italian titles vying for the Golden Lion, tells the sensational story of the Braibanti case, with actor Luigi Lo Cascio in the leading role

The Hand of God wins six awards, including Best Film and Best Actresses. Four awards go to Nostalgia and The King of Laughter, among them Best Director and Best Actors

Mario Martone returns to the Sanità district with Nostalgia 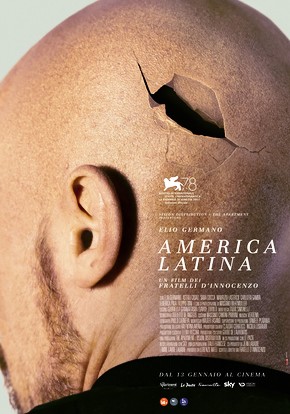 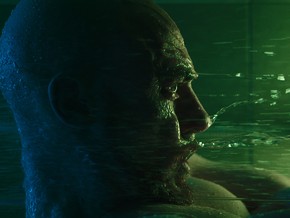