11/09/2021 - VENICE 2021: The friendship between a Neapolitan piano teacher and a very young Camorra member who’s on the run, is at the heart of Roberto Andò’s new film, adapted from one of his books

Silvio Orlando and Giuseppe Pirozzi in The Hidden Child

A meeting-clash between two worlds on the agenda in Roberto Andò’s The Hidden Child [+see also:
trailer
interview: Roberto Andò
film profile], which juxtaposes two educations - one criminal, the other musical - and two cultures - one revolving around violence and the other, books, and it’s upon his novel of the same name, published in 2020, that Andò has based his latest film, which is screening out of competition and closing the 2021 edition of the Venice International Film Festival.

The movie’s lead character is Gabriele Santoro - played convincingly and melancholically by Silvio Orlando - who holds the piano chair at Naples Music Conservatory. Santoro has chosen to set up home in Forcello, a “tricky”, working-class neighbourhood in the city, where everyone calls him “the teacher”. During a moment of distraction, a 10-year-old child-neighbour sneaks into his apartment. Ciro (Giuseppe Pirozzi), as he’s called, is on the run from his own family, notably his Camorra father (Sasà Striano). He’s committed an irreparable error: he and his friend have mugged the mother of a powerful boss who rules over half of Naples. Their attack saw the woman fall to the ground and she’s now in a hospital bed, lying in a coma. And in order to save the rest of the family, Ciro’s father wants to hand his guilty son over to the mobsters (“he’s already dead, we need to think about the living”).

An educated and refined opera and theatre director, even before entering the world of cinema, but also a screenwriter and author, Sicilian filmmaker Andò explores the paternal relationship which develops between this man who has cut all contact with the outside world, who plays Robert Schumann’s Träumerei on the piano and who can recite Kavafis’ poems off by heart, and a boy who has been taught not to feel emotions. Initially, suspicion and mutual distrust prevail. But then the teacher makes the decision to hide and protect this child, even at the risk of his own safety. Moving around the apartment of this old building, a home full of books and sheet music in which the mighty grand piano takes centre stage, the child is a small and hopeless wolf who acts tough in order to hide his great vulnerability. Threatened by an ex-student of his who is now affiliated with the mob (Lino Musella) but who doesn’t want to betray his former teacher, Santoro goes to his magistrate brother (Gianfelice Imparato) for advice, who urges him to let the little boy go, but then meets his elderly, ex-judge father (Roberto Herlitzka) who presents him with the choice he must make between the law and love. When he learns that the other boy involved in the bag-theft has been killed, the teacher first plans to fight violence with violence. But then it all becomes clear: he needs to escape this city of human remains and save the boy.

Progressing as if a piano sonata, slowly and solemnly, with moments of deep chemistry between the two protagonists, it’s a delicate and emblematic drama about the afore-mentioned confrontation, which is now unfolding all over the world.

The Hidden Child is an Italian-French production by Bibi Film Tv in league with RAI Cinema and Agat Films. International distribution is in the hands of RAI Com.

more about: The Hidden Child

“For children, violence is an existential means of saying ‘I’m here’”

VENICE 2021: We chatted with the director about his latest film, which closed the Venice Film Festival

Roberto De Paolis to bring Princess to the Lido

The Hand of God wins six awards, including Best Film and Best Actresses. Four awards go to Nostalgia and The King of Laughter, among them Best Director and Best Actors

RAI Com to showcase an irresistible line-up in Cannes

The line-up of RAI’s international sales agent includes the best names from Italian film, as well as some promising youngsters

The Italian pubcaster’s sales agent is presenting the family horror film in post-production Flowing, as well as The Hidden Child, Freaks Out and many more

For the very first time, Medusa Film and RAI Cinema are joining forces to produce and distribute this Bibi Film project about Luigi Pirandello, signed by the Palermo-born director 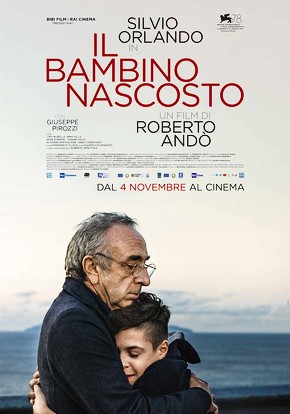