Melodrama is often defined as a creative work that narrates dramatic and/or violent events with a focus on emotional impact. Setting aside the genre’s notorious lack of psychological depth and poverty of artistic and aesthetic vision, we can still unabashedly name Terence Davies as the unchallenged master of his domain. With Benediction [+see also:
trailer
film profile], competing for the Golden Shell at the 69th San Sebastián International Film Festival, the British director once again turns the spotlight on an individual caught in the centre of a devastating emotional storm. That individual is poet Siegfried Sassoon, First World War soldier, savage critic of the British government’s wartime stance, high society darling and gay man perpetually battling his own innermost nature.

Davies’ trademark lyricism, as subtle as it is devastating, draws us into the world of his protagonist (brilliantly portrayed by Jack Lowden), where we are shown the true face of a society both fascinating and cruel. We first meet Sassoon as a young man of his time, committed to his ideals and to furthering the interests of his country. Soon, we realise that here is a human being of uncommon substance, as he makes a determined but risky move to criticise the government’s role and its seeming indifference to an obscene and incessantly growing body count. After watching him escape the firing squad only to be consigned to a psychiatric unit, we also get a profound sense of his more earthly and vulnerable side.

With a dazzling production design that never gets in the way of our sense of historical veracity, Davies transports us to lavish drawing rooms buzzing with the crème-de-la-crème of the early 20th-century English upper class. It’s a way of life defined by pleasure and privilege, and we have a front-row seat to the show. Aristocrats and artists carouse and couple up in a haze of desire, ambition and a longing for acceptance (both internal and projected) that will encroach on all their fates. Just as we begin to fear that frivolity and fancy have hijacked the narrative, Davies slams us face first into reality with authentic footage of the living hell of war. We are forced to adjust our perspectives, coming to a more nuanced understanding of these characters’ mental and emotional states.

Nobody could turn up their nose at a film brimming with sparky dialogue, where every scene holds a latent threat of explosive violence. Davies should also be applauded for his skill in crafting an empathetic yet penetrating portrait of Sassoon, a public figure whose influence can still be felt today. We come to see him as a man whose personal conflict will never end, comfortable with his homosexuality but forced to contend with the accepted codes of a cynical and hypocritical society, one powerful enough to crush the noblest of its members. In short, Benediction is a luminous biopic of an extraordinary man, and of an entire generation watching their world crumble under the force of violent tremors.

UK production outfit EMU Films is producing Davies’ biopic of Siegfried Sassoon, one of the leading British poets of World War I 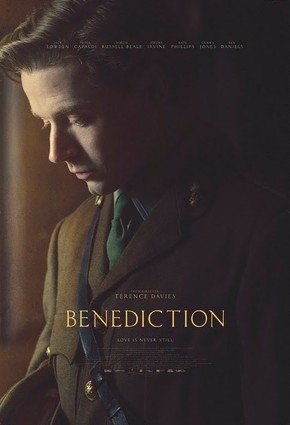 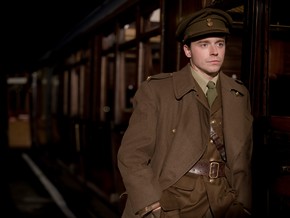 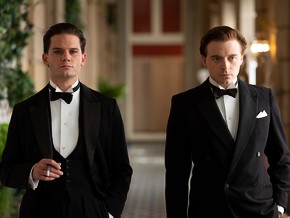 Distribution, Exhibition and Streaming – 26/10/2021
French films occupy an increasingly strong position on SVoD platforms worldwide
We look at the main teachings from a study unveiled by UniFrance analysing the presence of French cinema feature films in 2021 on 81 platforms and in 48 territories