Flora Ofelia Hofmann Lindahl in As in Heaven

As Morrissey said in his musical pomp, before he discovered nasty, right-wing politics, “Heaven knows I’m miserable now.” There is really something about living under the glare of religious belief, with its promise of the afterlife and the washing away of sin and guilt, that makes ordinary life feel wanting somehow. If the lord above expects impeccable, upright actions – especially important for the harsh Protestantism present in this film – his followers are going to go about their lives in skittish paranoia, the consequences of a misstep always looming. As in Heaven [+see also:
trailer
interview: Tea Lindeburg
film profile], rising Danish director Tea Lindeburg’s debut feature, is a bold, impassioned response to this: even if religious communities like the one depicted in the film are now more marginal, the blunt hold of their co-conspirator, the patriarchy, requires staring down. The movie recently premiered in San Sebastián’s main competition, where it particularly impressed the festival selection committee.

Lindeburg, in addition to providing an empowering message, impresses in other vital areas, too. The film has a carefully controlled tone, seeming initially sombre and eerie, then tautly ratcheting up the tension to chest-tightening levels. The lead performance by newcomer Flora Ofelia Hofmann Lindahl is powerful, but what’s perhaps more noteworthy is how Lindeburg directs her: initially the active presence driving the story, she is then forced into a spectator’s role, requiring a more reactive, internal mode of acting. Otherwise, this compact, sub-90-minute film appears to be missing a certain element or development that would make it flourish even further; it’s more a harsh soak, pessimistic in a way, in historical tyranny – scary and fleeting, like the visions Lindahl’s character is irregularly visited by.

We are on Funen, a Danish island, in the late 19th century. Lise (Lindahl) has won the permission of her strict, farm-tending parents to go off alone to boarding school, the gradually improving prospects for women of this time all before her to profit from. Although every sequence of the film is set claustrophobically on their farm property, we, maybe thankfully, get few sequences of livestock tending or grain harvesting: As in Heaven is utterly focused on women’s labour (in more ways than one) and social bonding, and the demands placed upon them by male power. Although Lise’s mother, Anna (Ida Cæcilie Rasmussen), has more children than she can count – Lise is the eldest – she is in late-stage pregnancy, and her difficult birth pegs her daughter back to her familial responsibilities, and ultimately prevents her from fulfilling her potential.

This is a superstitious world: God is silent, yes, but the characters can’t help but look for His presence in every occurrence, every blade of grass – their scepticism and worldliness, in Lise’s case, a weakening bulwark. Danish cinema particularly excels with psychological drama, involving unstable group dynamics, from Thomas Vinterberg’s work to a film often considered one of the all-time greats: Carl Theodor Dreyer’s Ordet – which Lindeburg appears to graciously borrow some climactic imagery from. The contradiction of As in Heaven being at once forlorn and inspiring manages to resolve itself: these ongoing forces that demand conformity and obedience, especially from women, need Lise’s defiance, even if not cloaked in Puritan robes.

As in Heaven is a Danish production staged by MOTOR. LevelK is handling its world sales.

more about: As In Heaven

Interview: Tea Lindeburg • Director of As In Heaven

The Czech gathering, which starts tomorrow, has prepared a line-up of 90 recent features across its competitive and non-competitive sections

As in Heaven crowned Best Nordic Film at Göteborg

Tea Lindeburg’s movie has won the Dragon Award for Best Nordic Film, while Seidi Haarla received the Best Acting Award for her performance in Compartment No. 6

Nordic Days Lübeck to kick off with 133 films

The 63rd edition of the festival features two main competitions, several sidebars and retrospectives, panel discussions and talks, as well as the industry section Lübeck Meetings 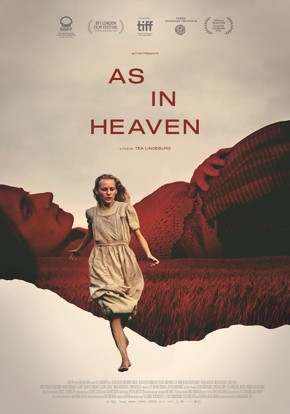 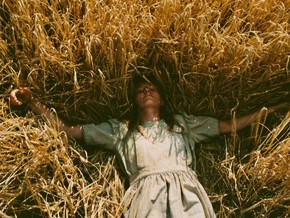