Born and raised in Delémont, a town in the Canton of Jura, Edwin Charmillot garnered a film art education in the old-fashioned way, learning on the job while guided by a passion for the moving image which has never wavered. Having shot and produced his first work ICAR at just 18 years of age (2016), the young Swiss director is now presenting his debut feature film Momentum, an intriguing and ethereal journey through the daily life of a hyper-sensitive teen, within the Focus competition of the Zurich Film Festival.

Despite the heady scent of the summer holidays, sixteen-year-old Emma (Sarah Bramms) would rather stay in bed in a half-asleep state, which protects her from the outside world. Her days are punctuated by the reassuring presence of her best friend and confidante who provides her with an outlet and helps her to escape the familiar yet suffocating monotony of her life. But the affection and intimacy which binds the friends together isn’t enough to alleviate the burden of a tragic family event which is still too recent for her process. Emma can no longer access her formerly carefree nature, which now feels like a thing of the past, like the dissipated smoke of her first cigarette. One day, a mysterious boy called Tom (Stéphane Monpetit) returns home to his natal village, turning Emma’s everyday life upside down. After watching him from an obligatory safe distance, the teen decides to approach him. Tom and Emma are united by the trauma caused by an accident which has deprived each of them of one of their parents. They’re both “bruised”, messed up by the cruelty of a life which has already sorely tested them. Despite a rush of joy which seems, at first, to heal their wounds, Emma realises that nothing can sweep away the sadness which clings to her obsessively.

The film’s elegant and nostalgic photography (coming courtesy of the director himself) reveals the Jura landscape in all its splendour. Edwin Charmillot perfectly captures the gentle monotony of a summer spent in the midst of nature, which acts as a reassuring companion but also a gilded prison from which our character needs to escape in order to piece herself back together. Emma admits to Tom that she’s never considered leaving her hometown; it’s as if she’s enchanted by it, a victim, in spite of herself, of a gentleness which slowly begins to feel quite oppressive. What would happen if Emma escaped her everyday life? Maybe it would help her to process the loss of a mother whom she misses more than anything?

With intensity and ethereal lightness, Sarah Bramms (recently seen in Kiss and Cry [+see also:
trailer
film profile] and Sophia Antipolis [+see also:
film review
trailer
interview: Virgil Vernier
film profile]) plays a “lost in translation” character who expresses an inner world in ebullition with apparent impassiveness. Edwin Charmillot fully captures his characters by way of close-ups which seem to want to dig down beneath skin-level. Reduced to their most basic form, the dialogues accompany the film’s images without assaulting them, endowing the characters’ faces with an extra layer of mystery. Momentum is a first film that might still feel a little immature but it’s also undeniably brave (in addition to photography, the director also signs his name to the film’s editing and screenplay, as well as its production), light and poetic, without ever seeming overly pretentious.

Momentum is produced by Edwin Charmillot in co-production with Micael Turberg, as well as Fabien Lachat who also co-wrote the film. 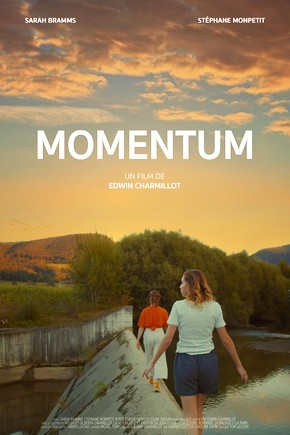 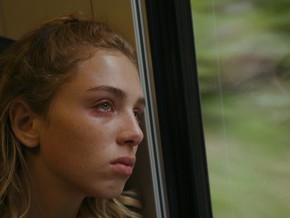