24/09/2021 - The worlds of Paco Plaza and Carlos Vermut collide in a hair-raising film which encourages us to think about the fleeting nature of beauty, along with loneliness and the high price we pay for success

Almudena Amor and Vera Valdez in The Grandmother

Paco Plaza is a horror film director, and this fact can be felt in all of his works, whether in the form of demonic possessions, drug dealers without scruples or humanity, or fans obsessed with idols created artificially in reality TV shows. And Carlos Vermut knows a thing or two about terror, too, as the most alien author in recent Spanish cinema who’s capable of casually combining vilest misery with elegance in its subtlest form. In The Grandmother [+see also:
trailer
interview: Paco Plaza
film profile], which is competing for the Golden Shell at the 69th San Sebastian Film Festival, the former acts as director while the latter takes charge of writing. The result is an exhilarating and horrifying work where the two creators’ worlds come together perfectly.

It’s difficult to talk about The Grandmother without giving the story away, so we won’t say too much, but it all revolves around Susana (the brilliant Almudena Amor), a beautiful, twenty-year-old model who lives in Paris. Just as she’s about to seal what might be her great leap towards stardom by way of a line of coke, she receives a call from a hospital in Madrid telling her that her grandma, who raised her after her parents died in a car crash, has had a stroke. The young woman immediately hits the road to take things in hand and to find someone to take care of her grandmother, Pilar (the one-time Coco Chanel muse Vera Valdez), so that she can carry on fighting for her promising career. But obviously, this is a horror film and straight away strange things begin to happen which turn the whole venture into a never-ending nightmare.

The film plays with some of the more conventional elements of the scary movie genre, such as the high-tension music which magnifies the film’s most terrifying moments, the creaking doors and the lights which suddenly flicker out in the two women’s enormous apartment. But the true source of terror in the film is actually old age and the resulting loss of beauty and lucidity this involves. The film doesn’t skimp on images showing the deterioration of the grandmother’s body. She who was once a beautiful, young woman with firm and smooth skin is now a frail, elderly lady who languishes, imprisoned in a weak body visibly impaired by the passing of time. And, parallel to this, it’s hard to decide what’s more worrying to the young woman: her grandma’s predicament or the time our protagonist is losing, on which some other rival might capitalise to take her place in the Olympus of fashion.

We could say that the film works because even its horror-focused aspects are enjoyable. Plaza traps us in a game of hidden mysteries; he keeps us on high alert in anticipation of a satisfying resolution, which does eventually come. Along the way, he makes us think about such matters as the tyranny of beauty, which is especially merciless when it comes to women who are condemned to invisibility when their charms fade. There’s also our obsession with success and the insignificance of family ties when faced with the demands of the capitalist market, not to mention loneliness and the isolation suffered by people inhabiting big cities. All of this in the form of a tale of horror, which is as painfully beautiful as it is unashamedly playful.

The Grandmother is produced by Apache Films in collaboration with Les Films du Worso and Atresmedia Cine. The movie will be distributed in Spain and France by Sony Pictures and Wild Bunch respectively.

more about: The Grandmother

Horror comes pounding on the doors of San Sebastián with brute force in this film by the Spanish director, which was penned by Carlos Vermut, the winner of the Golden Shell for Magical Girl 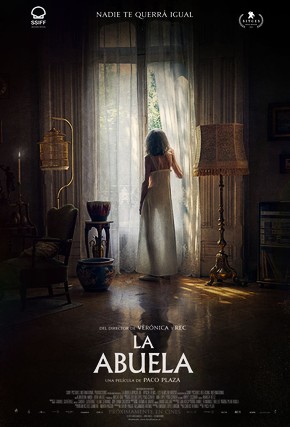 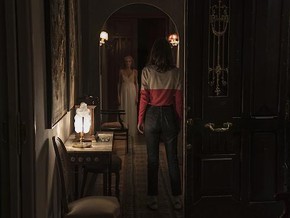 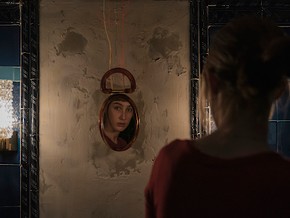