22/10/2021 - Macho habits die hard in Jane Campion’s adaptation of a tale rife with psychosexual tension, set in the dying days of the Old West

Benedict Cumberbatch in The Power of the Dog

Jane Campion’s return to the big screen — or rather, to the feature film format, since The Power of the Dog will be released worldwide by Netflix — is of course cause for celebration. Bright Star [+see also:
film review
trailer
film profile], the previous film from the New Zealand director, came out more than ten years ago, and even Campion’s last directorial effort (on TV series Top of the Lake) dates back to 2017. It shouldn’t be this difficult for the first female filmmaker to ever win the Palme D’Or (for The Piano in 1993) to make things, but here we are.

The Power of the Dog, which played at the American Express Gala at this year’s BFI London Film Festival, sees the director once again exploring the murky limits between desire and violence, and playing with the ways they either fit in or run against social conventions — as she did in The Piano of course, but also in 2003 film In the Cut. That peculiar, atmospheric and almost overpoweringly erotic thriller has been the object of impassioned reappraisal in the last few years, its early-noughties aesthetic, heady eroticisim and a mustachioed Mark Ruffalo seemingly hitting a nerve with audiences starved for all of these things.

Also inspiring about In the Cut is the sheer confidence that powers it — a confidence that is if not lacking, then somewhat faltering in The Power of the Dog, a film which handles its tonal and narrative shifts with less aplomb. Benedict Cumberbatch’s Phil Burbank is immediately intriguing as the man clinging to old-fashioned values in a vanishing Old West in the year 1925, donning hat and shotgun chaps with an almost defiant determination. But his brother George (Jesse Plemons) is more difficult to pin down, his much quieter demeanour and Plemons’ correspondingly subtler performance not always perceptible due to the film’s inexplicable predilection for wide shots. Much of the existing tension between the two brothers, which could have lent arresting strength to the film, is diluted in haphazard compositions; the general impression is one of unfortunate, rather awkward clunkiness, and not of the thrilling and fascinating variety as seen in late career films from, say, Paul Schrader or Abel Ferrara.

Indeed, while this slightly skewed aesthetic does at times feel like a good fit for the perverse undercurrent of psychosexual trouble that runs through the film (and which dramatically bubbles up to the surface at the end), it more often than not impedes on what ultimately aspires to be a more conventionally made, slicker film. A cute scene in which George seduces local widow and restaurant owner Rose Gordon (Kirsten Dunst), for example, feels more convincing than the one in which Phil terrorises his new sister-in-law while she tries to play the piano: the mellow register of the former lingers on in the latter, so much so that the extreme discomfort and anxiety seen on Dunst’s face as she repeatedly tries to play her tune seem simply excessive.

Through no fault of the actors, who all inhabit their parts convincingly, it is simply difficult to believe in the narrative leaps that the story takes from there, as conceptually seductive as they might be. The idea of an ostentatiously masculine cowboy bullying the new wife of his much quieter and much more modern brother is intriguing, for it casts both old-fashioned values and almost cliched dynamics in a critically psychoanalytic light (one no doubt very much in line with the popularity of psychoanalysis in the late 1950s and 1960s, when the original novel was written). Likewise, the character of Peter (Kodi Smit-McPhee), Rose’s son from her first marriage, is fascinating in itself: this young and rather effeminate figure arrives in Phil’s testosterone-fuelled environment like a lamb led to slaughter, yet adapts to it in surprising ways. All elements heavy with meaning and implications, but which are too clumsily handled to make the lasting impact that they could, and should, make. Jonny Greenwood’s beautiful score is also a mixed blessing, often helping to unify the film’s diverse parts but sometimes too insistent, its discordance adding too much to already offbeat rhythms and compositions. The Power of the Dog features stellar work from its entire cast, and tells a story more interesting than most star-driven films out there, but it also feels like a bit of a missed opportunity.

more about: The Power of the Dog

Macho habits die hard in Jane Campion’s adaptation of a tale rife with psychosexual tension, set in the dying days of the Old West 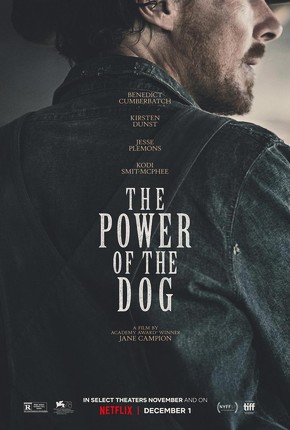 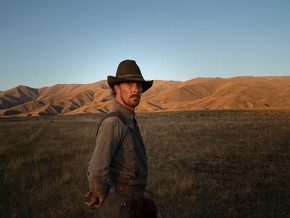 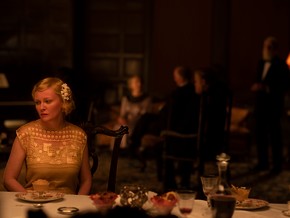 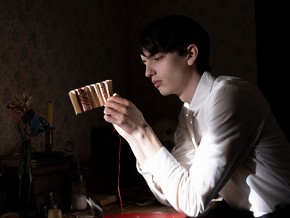 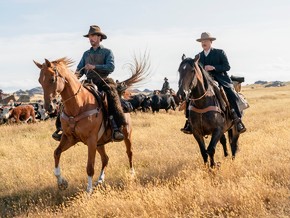 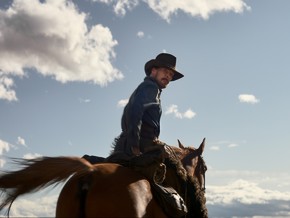