Those who die anonymously are assigned a number, and that’s what the seemingly cryptic title of Silvio Soldini’s new drama 3/19 refers to: the third unidentified person to die in 2019. Most of the time, these individuals are immigrants, and it’s one such nameless immigrant - or rather his ghost - which obsesses the protagonist of the Milanese director’s eleventh feature film, triggering a whirlwind of emotions, from plain and simple guilt to the questioning of her entire existence.

A career woman with a “shitty character”: this is how the beautiful, elegant and super busy Camilla (Kasia Smutniak) - a successful lawyer working for a big multinational company who’s separated from her partner and is mum to a twenty-year-old daughter who can’t stand her - is first introduced to us. Immersed in a daily routine composed of meetings, phone calls and million-dollar transactions conducted in a technical lingo full of anglicisms and bordering on incomprehensible, on the upper floors of the glass and steel buildings dotted across Milan’s financial district, Camilla doesn’t know what it’s like to have a free Sunday, let alone enjoy a holiday, she’s never made a cake or gone for a ride on a bike. She’s conducting a secret affair with a married man and when she returns home to her expansive and luxurious yet empty apartment, she feels sad and alone.

One night, however, she’s forced to stop. Camilla makes a snap decision to get out of a taxi and, while crossing the road in the pelting rain, she’s knocked down by a motorbike carrying two non-Europeans, who fall to the ground. One of them gets up and runs off, the other lies motionless on the tarmac. Camilla gets away with a broken wrist, but the young man dies. Overcome by feelings of guilt and doubts (were the lights red or green?), the woman sets about investigating the identity of the deceased. She wants his family to know; she wants a proper burial for this young man from a far-off land who carries signs of torture on his body.

Thus, Camilla climbs down from her ivory tower and embarks upon a journey into a world far removed from her own, between mortuaries, immigrant reception centres and soup kitchens, her growing anguish gradually causing her to open old wounds and look inside of herself. And an encounter with a simple man called Bruno (Francesco Colella), the mortuary director who assists her with her research and who appears to be the only one to understand her, will help her to see that another life, of a more human and empathic nature, is still possible.

Changing, taking care of others but also ourselves, and leaving frenetic work schedules behind us, are the themes which intertwine in this densely packed film. It also explores the grieving process and those who die unseen, while bringing together two opposing realities: the world of those who have everything and that of those who have nothing. For Smutniak, it’s an opportunity to step into an intense and sizeable role, to which the Polish, naturalised Italian actress lends depth and nuance, conveying the strangeness and bewilderment we feel when real life bursts through the bars of our golden cage.

The Solothurn Film Festival gets ready to reunite with its audiences

From 19-26 January, the festival will take over city cinemas once again, showcasing no less than 157 films, a record half of which hail from French-speaking Switzerland 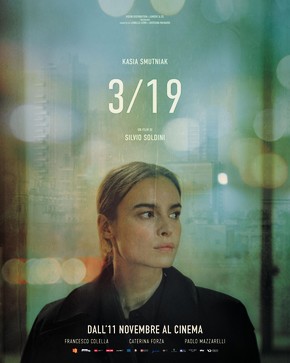 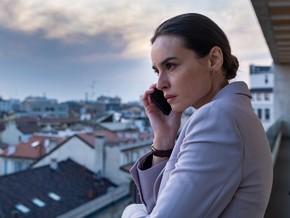 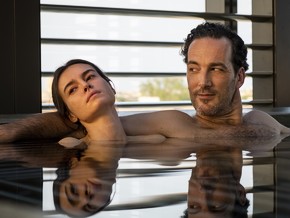