Polish audiences say that in every Wojciech Smarzowski film, there must be an axe and a fire. Initially, it was more of a fun fact, but as Smarzowski’s career has progressed, this piece of trivia has become an apt metaphor for his body of work, which often recounts dark chapters in Polish history. His previous films covered the horrors of genocide (Hatred [+see also:
trailer
film profile]), the crimes committed by the Polish catholic church (Clergy [+see also:
film review
trailer
interview: Wojciech Smarzowski
film profile]) and everyday villainy that can erupt at any time with a big bang (Traffic Department [+see also:
film review
trailer
interview: Wojtek Smarzowski
film profile], Dark House). If an axe slices into the festering wounds caused by denial and omission, fire cleanses and seals the cuts in a similarly brutal manner, as one may imagine. Smarzowski’s movies are full of brutal scenes and torment-inducing images, but they’re always created for the right reason: shedding light on what has been kept in the dark for too long.

The Wedding Day [+see also:
interview: Wojciech Smarzowski
film profile] – which has had its international premiere at the Tallinn Black Nights Film Festival, in the Official Selection – is no different. The story starts with a wedding celebration amongst the affluent Wilk family in a small town in North-Eastern Poland. The pregnant bride wants to leave the country soon and start a new life, while the groom, who has nationalistic inclinations, wants to stay and work for his father-in-law, Ryszard (Robert Więckiewicz), and hang out with his like-minded buddies. Ryszard, a pig-farm owner, is a local puppet master who doesn’t shy away from violence if it serves his purpose.

Just before the wedding party sets off to the church, two Israeli men show up unannounced to give Ryszard’s senile father, Antoni (Ryszard Ronczewski and Mateusz Więcławek as the young Antoni), a Righteous Among the Nations medal. It causes a stir, and Ryszard wants it to be kept a secret, since he and most of his town have adopted an antisemitic attitude. As the wedding celebration starts and steadily gets more and more soaked in vodka, the reason behind this recognition for Antoni is gradually revealed.

The director conjures up both pre-war and war times to show the complicated relationship between Polish and Jewish neighbours. Everything culminates in a scene that recreates probably the most disgraceful event in recent Polish history – a massacre of the Jewish community, which in real life took place in a town called Jedwabne. The past and present intertwine, and Antoni, who suffers from dementia, “sees” people from his youth attending the wedding. They symbolise the denial of crimes committed, but are also a reference to the Polish literary classic The Wedding by Stanisław Wyspiański. Smarzowski’s film reiterates the well-known, yet often ignored, truth that those who don’t learn from history are doomed to repeat it, which sadly chimes with the rise of nationalistic and extreme-right powers in today’s Poland.

Compared to his previous films, The Wedding Day has more subplots and supporting characters, which makes the narrative a bit chaotic and confusing, and the amount of violence might be overwhelming for an audience that prefers scalpels to axes. On the other hand, it’s one of those films whose subject matter is more important than its artistic finesse. However, it must be stated that Smarzowski’s usual collaborators, like DoP Piotr Sobocinski Jr, composer Mikołaj Trzaska and costume designer Magdalena Rutkiewicz-Luterek, as well as production designer Marek Warszewski, have done a wonderful job of creating the visual and musical narrative of the movie.

The Wedding Day was produced by Poland’s Studio Metrage, and co-produced by Krakow Festival Office, Netaria, Zbigniew Chrzanowski Inwestycje and Bob Invest. Its world sales are up for grabs.

more about: The Wedding Day

Other victors were Wojciech Smarzowski, crowned Best Director and Best Screenwriter for The Wedding Day, and Francesco Sossai, who snagged the Award for Best First Feature with Other Cannibals 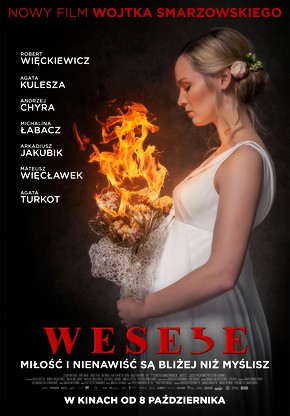 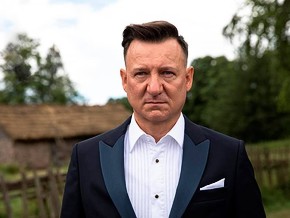 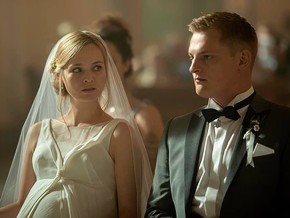