Lukas Malinauskas in Songs for a Fox

The story focuses on a twenty-something rock singer called Dainius (played by Lukas Malinauskas), who locks himself up in solitude in a secluded, dome-shaped country house, surrounded by nature. The set-up proceeds at a rather slow pace, but we essentially find out that his girlfriend, Justine (Agnese Cīrule), has recently passed away, and he is then joined in the mourning process by two of his friends who could not attend the funeral, as they were somewhere in America. Dainius discovers that his loved one was practising the art of lucid dreaming and used to regularly update a diary with details of her oneiric journeys.

This is the premise that leads Dainius to learn how to engage in lucid dreaming himself, in the hope of meeting Justine again, even if that vision is simply the product of his subconscious. A casual encounter with a boy, Gailis, exploited by two moonshiners, is a crucial turn in the narrative, since he will start acting as Dainius’ assistant to stimulate his lucid-dream experiences. The reference to the Greek myth of Orpheus and Eurydice is crystal-clear and explicitly mentioned, and it’s fascinating enough to guide viewers through a visionary, highly emotional journey. Quite predictably, the most engaging parts of this film are the ones set in Dainius’ oneiric world, and most of these are shot during the so-called magical “blue hour”. Some images and creatures from this dimension will probably make sense or stimulate the audience’s collective imagination. Some others may be way more obscure or even appear as simply random. It is a clever decision, since dreams often cause fears and desires to materialise, but at times, the form that these take seems totally meaningless or puzzling to us. In any case, the technical quality of the oneiric sequences is outstanding, and well-deserved praise must go to the skilful cinematography by Jurgis Kmins and the excellent production design by Jurgis Krāsons, who tasked his crew with building all of the “oneiric sets” around the swamps and the forests surrounding Dainius’ country house.

It’s also quite evident that the director (also the writer of this film) is very familiar with the art of lucid dreaming, and he proves this by staging several false awakenings, reality checks, interferences between reality and dream during REM sleep, and Dainius’ attempts to manipulate dreams. And the icing on the cake is that many of Dainius’ dreamlike wanderings are enriched by the presence of an engaging score (courtesy of Zigmantas Butautis and the director himself, who is a retired rock star), contributing to building up a melancholic – and at times, disturbing – mood. On a final, positive note, Malinauskas imbues his role with the right dose of fragility and irrationality, adding credibility and depth to his character.

Songs for a Fox was produced by Lithuania’s Studio Uljana Kim, and co-produced by Latvia’s Studio Locomotive and Estonia’s Eesti Joonisfilm. British firm Alief is in charge of its international sales.

more about: Songs for a Fox

Interview: Kristijonas Vildziunas • Director of Songs for a Fox

"As a civilisation, we’re not dreaming anymore, literally and metaphorically"

The Lithuanian filmmaker talks about his new film, which merges magical fantasy, heart-rending drama and rocky musical with post-soviet realities

Retired rock star Kristijonas Vildžiūnas’ fifth feature tells the story of a young singer who, after his lover’s death, locks himself away in a secluded country house 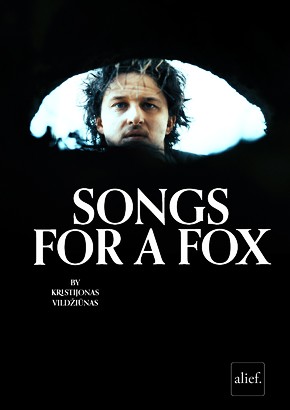 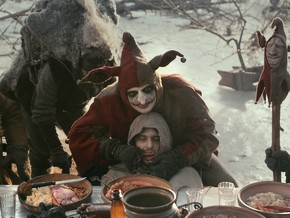 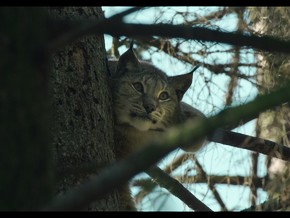 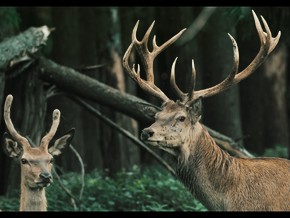