26/11/2021 - Dovile Sarutyte’s debut feature is one of the surprises of this festival season, a tremendously simple film with a big heart and a whirlwind of emotions

Dovile Sarutyte’s debut film, Feature Film About Life [+see also:
trailer
interview: Dovile Sarutyte
film profile], is a clear example of how cinema perhaps needs simpler stories, where one doesn’t need to reinvent the wheel but where the characters, the actors’ performances and the mise-en-scène are balanced, and they work as they should to pique the viewer’s curiosity and stir their emotions.

In this First Feature Competition entry at this year’s Tallinn Black Nights Film Festival, we follow some turbulent days in Dovile’s life, here played by Agnė Misiūnaitė. In the first scene, we see her having a great time in Paris with two friends and then landing back home. The day of her arrival is upended by an unexpected call. She reaches a terrace, and the camera gradually zooms out, making her shape smaller and smaller. Over the phone, her uncle Arturas explains that her father has passed away. Dovile is thus forced to organise a decent funeral to honour her parent’s demise, and this pushes her to think through her past, deal with her anxious mother (a Fiona Shaw-esque, energetic Nelė Savičenko), and face a series of bizarre characters and situations along with Tadas (Kestutis Jakstas), a close family friend. These include, but are not limited to, annoying undertakers (the funniest one is probably the one played by Inga Maskarina, once Tadas’ secretary), the owners of some horrendous venues where the refreshments can be served, and surreal price negotiations for funeral services.

Similarly to what happens in Jacqueline Lentzou’s drama Moon, 66 Questions [+see also:
film review
trailer
interview: Jacqueline Lentzou
film profile], the present-day storyline is intertwined with VHS excerpts dating from 1991-1996, wherein we can find out more about the young Dovile, her father, her family and her childhood memories. In contrast with the Greek-French co-production, however, the excerpts are juxtaposed far more organically, as in many cases, they look like quick “daydreams” or distractions. The funeral sequence, superbly edited and enriched by the notes of Top Drawer’s “Song of a Sinner”, is a standout scene and makes the whole viewing experience of this highly emotional dramedy worthwhile. On another positive note, Agnė Misiūnaitė gives a very commendable performance: viewers can easily empathise with her, as she shows genuine puzzlement and can barely hide her discomfort throughout her journey.

Whether subtly or more explicitly, the movie tackles several themes that are dear to the generation of Western Millennials. Among them are an idealised vision of the past (and especially that of one’s childhood), the difficulty of understanding elderly people’s attachment to religion and traditions, the troubles of living with a dysfunctional family, the feeling of powerlessness, and the fear of growing old and increasingly resembling your parents. And in addition, there’s no pathos or judgement in exploring these aspects. They are part of the story, as they emerge from the actions and lines of the well-developed characters, who boast clear, unsolved conflicts and goals to achieve. This also goes for the ones that have little screen time, such as Dovile’s father and her uncle Arturas.

One of the most surprising titles of this festival season, Sarutyte’s debut is a whirlwind of emotions and a film with a big heart.

Feature Film About Life is a Studio Uljana Kim (Lithuania) presentation. Rome-based firm TVCO is in charge of its world sales.

more about: Feature Film About Life

"Right after the death of family member you suddenly turn in a event manager, a funeral organiser - and this is grotesque situation"

There is no time to mourn in the first feature by the Lithuanian filmmaker, who tells us more about it and about turning a personal experience into a script

Dovilė Šarutytė's movie, sold worldwide by TVCO, follows the life of Dovile, who is shaken by her father’s death and ends up finding herself in increasingly bizarre situations

Dovile Sarutyte’s debut feature is one of the surprises of this festival season, a tremendously simple film with a big heart and a whirlwind of emotions 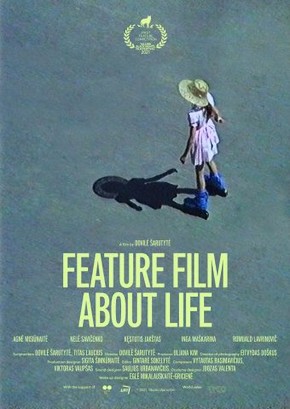 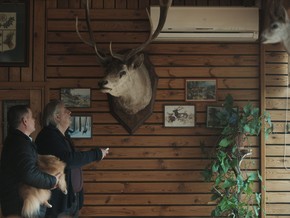 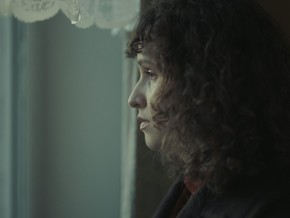 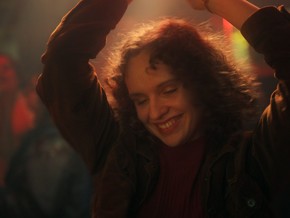 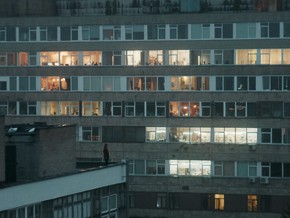 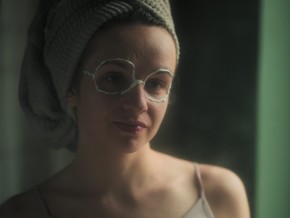 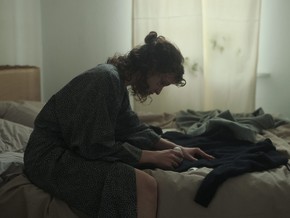