29/11/2021 - A young autistic man obsessed with radio engineering tries to find some independence, but crueller forces attempt to impede him, in Spaniard Iker Elorrieta’s sensitive debut

Falco Cabo in The Radio Amateur

As understanding spreads about autism, and our notion of the condition as a spectrum of behaviour evolves, cinematic depictions are keeping pace. The Radio Amateur [+see also:
interview: Iker Elorrieta
film profile], the first feature by Spanish filmmaker Iker Elorrieta, is heavily attuned to current debate within the community: the observations and worries of professionals and parents, and especially the feedback from those who identify as being “on the spectrum”. To think, only a few years ago, there was greater risk of autistic characters in a film being “othered”, and their mere visibility on screen accounted for progress. After world-premiering in San Sebastián’s Zinemira section in September, it arrived at Tallinn Black Nights, in the First Feature Competition.

Falco Cabo, a professional and non-autistic actor, plays Niko, the eponymous “radio amateur”, but thankfully neither as a stereotype nor in a portrayal over-emphasising the anti-social aspects of the condition. Elorrieta’s screenplay, which shows a protagonist fixated on, and clearly gifted in, constructing a narrowcast radio antenna, still can’t avoid a certain fatalism, whereby the viewer is always on guard, anticipating Niko to have a withdrawal episode of some kind. The Radio Amateur is definitely an “outside-in” film, a plea for tolerance directed more towards the neurotypical community, and a sad, non-judgemental reminder of how social services and law enforcement can arbitrate an autistic person’s life.

The tension between living in a cosy “bubble” of support – where one’s behaviour is always surveilled – and pure independence is enacted through Niko’s plot arc. He is living with his aunt Raquel and is grieving for his late mother, who passed away not long before the film’s events begin. On a short holiday off from work – an auto-engineering gig provided for him by his social worker – Niko aims to fuse two motivations: further exploring the radio signals by which the sailors communicate in the nearby harbour town, and commemorating his mother by scattering her ashes at sea. His father, who has also passed, was in the former profession: despite his largely non-verbal nature, we can see how his personal history has granted him this rich, but unfulfilled, inner life.

After motorbiking down to the sea (wearing a cape coat made out of what looks like a blue refuse sack, making him look like a mellower Evel Knievel), Niko coincidentally finds a kind old schoolmate, Ane (Usue Álvarez), working in communications at the harbour; he is given a frostier reception by the harbour master’s son Lupo (Jaime Adalid), who incidentally uses a wheelchair for mobility. This freer, but more perilous, environment for Niko becomes a test case for his ability to live independently, and for a person with autism not to be solely defined by, or just celebrated for, their unique ability and manner of seeing the world. Not for nothing does Lupo’s father (Jaime Adalid) see him as a potentially more reliable worker than his typical lot.

The film ends especially strongly, after it initially feels like Elorrieta is overly piling the misery and punishment upon Niko, once his sensation of feeling settled in this new environment begins to fray. Perhaps the final scenes have an air of sentimental wish fulfilment as well, but they leave Niko where he belongs: alone, and free to contemplate this beautiful world, which he deserves to traverse without obstruction.

more about: The Radio Amateur

"I like the diversity of frequencies as a metaphor for autism"

The Basque filmmaker discusses being the director, screenwriter, cinematographer, editor and producer in his first feature, which follows the utterly ordinary needs of a young autistic man

A young autistic man obsessed with radio engineering tries to find some independence, but crueller forces attempt to impede him, in Spaniard Iker Elorrieta’s sensitive debut 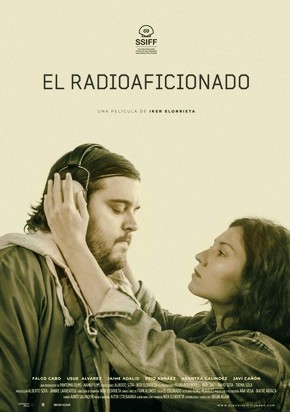