Hanns Zischler and Salvador Insunza in A Place Called Dignity

Chile’s “Colonia Dignidad”, founded by former Nazi soldier Paul Schäfer, has achieved a certain level of infamy over the years, and for very good reason. Revealed as a cult, where manipulation and abuse ran rampant – Schäfer, who passed away in 2010, was a known paedophile – it also served as a clandestine detention centre where opponents of the Pinochet regime would be tortured and killed.

In short, it’s a lot of pain, heartbreak and just pure horror, and Matías Rojas Valencia is wise not to try to cover it all in his Tallinn Black Nights competition entry A Place Called Dignity. He implies more than he shows, although what he shows is still plenty disturbing. Or just plain weird, as Schäfer, terrorising his flock any which way he can, doesn’t mind killing Santa in order to teach them a lesson.

There is a certain dream-like quality to this Chilean-Argentinian-German co-production – appropriate, perhaps, given how brainwashed its entire population really was, or how traumatised. By picking a child protagonist, Rojas Valencia keeps many things hidden – Pablo (Salvador Insunza) is a smart kid, but he is still told to listen to the adults and trust them, most of all “Uncle Paul” (Hanns Zischler), even when they suggest an overnight stay. He is lonely, too, just like everyone else there, as the tyrant seems to prefer it this way. He also prefers it when nobody knows anything about the world outside of the colony’s gates, or even their own sexuality, which leads to the film’s most absurd scene, with two desperate people trying to figure out how to make a baby, and failing. But it also leads to sexual violence.

There is a weird, performative aspect to Schäfer’s approach to his kingdom, as he keeps filming the people, dreaming of creating his very own “Little Germany” all over again. “God sees everything,” says one character, and sure enough, someone is always watching. Zischler finds a Bond-villain aspect of the character, and then just delivers an “R” rated version of it, but the film’s occasional descent into weirdness is actually welcome. It might not be the definite take on the events, as Rojas Valencia seems more interested in Colonia Dignidad’s oppressive atmosphere than listing every single thing that went down there, but its creepiness is difficult to shake off. Apparently, the site, renamed to Villa Baviera, is now open to tourists, advertising a “cosy atmosphere for you to enjoy, rest and silence in the midst of surprising natural surroundings and first-class attention” on Tripadvisor. No disrespect to its owners, but some places one should just bulldoze to the ground.

A Place Called Dignity was produced by Quijote Films. Its sales have been entrusted to New Europe Film Sales.

more about: A Place Called Dignity 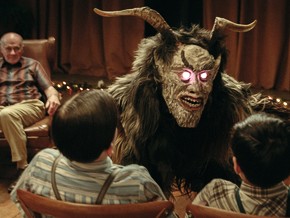 First Cut+ announces the participants in its winter 2022 session