"It was worth all the pain. Now everything makes sense." In the world of bodybuilding, the quest for performance takes on a wholly abnormal dimension.  With their excessive accumulation of muscle, an ascetic diet (on average, world championship competitors lose 74% of their fat mass and end up with severely dehydrated bodies) and an expensive armoury of drugs, some more legal than others (ranging from anabolic steroids to food supplements), an ongoing and outrageous obsession with perfection is at work behind the scenes, day in, day out, with the sole aim of obtaining a sculpted appearance and shining bright on the big day beneath the spotlights and amidst applause. It’s under this particular burden and harbouring such dreams of glory that blondie Edina (Eszter Csonka) and her coach Ádám (György Turós) live their lives, as the protagonists of Gentle [+see also:
trailer
interview: László Csuja and Anna Nemes
film profile], an intense work coming courtesy of Hungarian directors László Csuja (this is his second fiction feature after Blossom Valley [+see also:
film review
trailer
interview: László Csuja
film profile], honoured in 2018 at Karlovy Vary) and Anna Nemes which was unveiled within the Sundance Film Festival’s World Cinema Dramatic competition.

Focusing on the young woman, the film’s structure is crafted in close contact with these bodies which have been deformed through colossal efforts, inhabiting a grey zone suffused with narcissism and masochism, ambition and enslavement, an aspiration to be loved and complex secrets. For whilst Edina’s figure helps her qualify for the world championships, crowning years of hard work under the merciless iron rule of her partner Ádám (himself a former champion), her lack of grace is a serious issue ("you don’t look anything like a fitness girl in a bikini", "you move about like a demented robot. We’re at a whole other level now. Be elegant, be more feminine") in her search for sponsorship contracts. In need of money for her training programme (injections and pills in between hardcore training sessions which push her to her limits, pumping iron in the gym and relentlessly pedalling on her exercise bike at home), Edina is forced to earn the necessary cash by working as part of a network of escort girls, hired for guaranteed penetration-free dates with curious individuals attracted by their phenomenal physiques, one of whom, Krisztián (Csaba Krisztik), offers an opportunity for gentleness and tenderness: is another type of life even possible? The world championships are approaching, and Edina’s workload is becoming dangerously heavy…

A nigh-on documentarian exploration (awash with painstaking photography from Zágon Nagy and framed with highly expressive minimalist potency) which peers behind-the-scenes of an ultra-coded universe, Gentle uses this decidedly harsh context to chisel a beautiful portrait of a woman (an exceptional role for Eszter Csonka). Picking apart the inner workings of influence (notably offering up possible psychological explanations by way of a short stay on Edina’s dad’s farm), it’s a movie which is wholly out of the ordinary and which manages to maintain a balance between the strangeness of this dive into the world of "freaks" and the almost Christlike destiny of an ordinary young woman who hides beneath an extraordinary exterior.

Gentle is produced by Hungary’s FocusFox alongside Germany’s Komplizen Film and ZDF/Arte, with international sales entrusted to Films Boutique.

“We were inspired by the world of bodybuilding, a lot of which is about control” 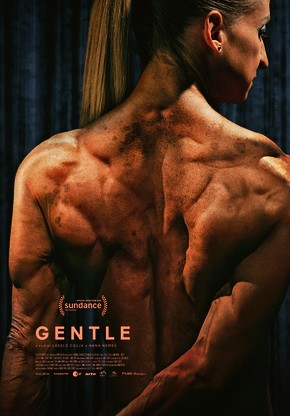 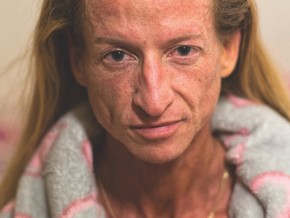 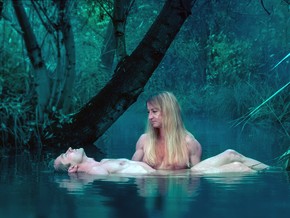 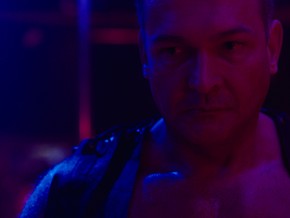 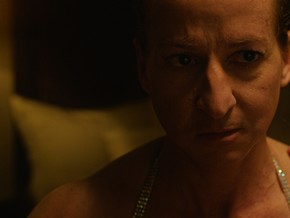 Rodrigo Sorogoyen and Isabel Peña • Director and screenwriter of The Beasts

CANNES 2022: One of the most creative and prolific duos in Spanish cinema presents their sixth work on the Croisette, ready to create a stir as usual