24/01/2022 - Alejandro Loayza Grisi crafts a highly promising, existentialist and mystical first feature film about a family of three Quechua Indians against the spectacular backdrop of the Bolivian Altiplano

"If you knew how to read the signs, you’d already know.” “What signs? Everything is telling us it’s time to leave this place." The fact that two generations are at loggerheads - a grandfather and his grandson - isn’t particularly surprising, but when it’s a matter of life and death and ancestral beliefs, and when there’s a third party involved, the debate proves far harder to resolve. Such is the subject-matter tackled with great humility, simplicity, precision and control by Bolivian filmmaker Alejandro Loayza Grisi in his first feature film Utama [+see also:
trailer
interview: Alejandro Loayza
film profile], which was recently discovered within the Sundance Film Festival’s World Cinema Dramatic competition.

For Quechua Indians, man and nature are one. But on the Bolivian Altiplano, in the immense desert plains framed from afar by the Andean mountains, austerity reaches levels of markedly rare intensity. Here, in the middle of nowhere, is where Virginio (José Calcina) and his wife Sisa (Luisa Quispe) live. 80 years old, the former still takes their herd of llamas out to graze while his spouse takes care of their modest house and carries buckets of water home from the village. Theirs is a routined existence of very few words, which three events turn upside down. On the one hand, it hasn’t rained for a year and the region’s inhabitants are despairing and departing. On the other, Virginio’s breathing is becoming increasingly laboured, a fact he hides from Sisa. Last but not least, their grandson Clever (Santos Choque) turns up on a visit from the city, mobile in hand and headphones on head.

Unrelenting blue skies, parched land, weathered faces as if sculpted by time, the ultra-traditional division of male and female roles, mystical beliefs and ceremonial sacrifices to encourage the return of the water… For a young city-dweller, Virginio’s extreme obstinacy and introversion, his out-and-out refusal of modernity and his secret acceptation (over and above denial) of his death are proof of his selfishness and inflexibility. But whilst opposing and attempting to sway his grandfather, Clever also embarks upon an infinitely human journey where deep emotions carry timeless values…

“I have more of a knack for images, rather than words”

At the Málaga Film Festival, the Bolivian filmmaker scooped four awards with his feature debut, a sensitive movie that merges western codes with environmentalism

The Málaga Film Festival crowns Lullaby as its champion

From 18-27 March, the gathering is salvaging the events that were cut short by the pandemic, and premiering the new films by Nely Reguera, Daniel Guzmán and Ibon Cormenzana, among others

The festival took to Twitter to publish its list of award winners: European victors included Utama, All That Breathes, Girl Picture, Klondike and The Territory

Alejandro Loayza Grisi crafts a highly promising, existentialist and mystical first feature film about a family of three Quechua Indians against the spectacular backdrop of the Bolivian Altiplano 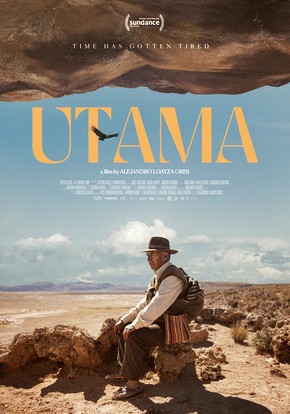 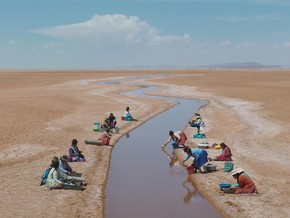