Danish helmer Christian Tafdrup may have brought a horror movie to Sundance this year, but despite securing a spot in the Midnight section, he seems more interested in the absurdities of social conventions than gore. And rightly so, as they are much scarier.

Speak No Evil [+see also:
trailer
interview: Christian Tafdrup
film profile] is a comedy of manners gone wrong, as a perfectly pleasant Danish couple (Morten Burian and Sidsel Siem Koch) decides, rather hastily, to say hello to their old holiday buddies from the Netherlands (Fedja van Huêt and Karina Smulders) and spend a weekend together somewhere in the woods. It's the kind of awkward set-up that’s already very appealing: four people coming together, again, despite having precisely nothing in common, except perhaps for kids in a similar age bracket. Loads of wine and hot weather always result in such unusual pairings, but now, their holidays are long gone. And yet, despite feeling very uncomfortable, the Danes still go to stay with the Dutch family.

Of course they do – almost anyone would. This observation alone, while arguably depressing, makes this little film a success. As noted by the likes of Kevin Williamson, horror films used to provide their audience with a delightful sense of superiority. There was something so satisfying about watching all those hapless dopes, insisting on checking out all sorts of odd noises, promising everyone they would be back and always roaming around badly lit basements. Here, no such luck. People do tend to be extremely dedicated to respecting their social duties, no matter what, only later admitting that their gut feeling has been correct all along – that’s just a fact. You ignore all the worrying signs because the alternative, appearing rude, is just too horrifying to consider.

As a film that’s supposed to bring on the scares, Speak No Evil might be a tad too subtle and too slow-burning, although forcing its viewers to wait also makes sense. Tafdrup is pretty much gaslighting his audience, making them wonder – just like this poor couple is – if they are just making it up and if every misunderstanding could be attributed to the language barrier or different parenting styles. Or rather, he would if it weren’t for the film’s giveaway soundtrack, introducing the creep factor right from the start, even though the images take a while to catch up.

Once they do, it’s loads of twisted fun. The ending here is positively disturbing, interesting and hard to shake off, mostly because one is still left to come up with their own explanations for what exactly went down, and why. But for the most part, it’s all about those small details, eating away at people and yet so easy to brush off, like having someone enter the bathroom when you are already in the shower or being served meat, repeatedly, even though you are a wannabe vegetarian. The question is, do you react, or do you just smile and wait it all out? Either way, if that’s what being polite gets you, maybe it’s time to finally drop the etiquette.

more about: Speak No Evil

“We are not getting softer; we are broadening our horizons”

According to the head honcho of Night Visions, the Helsinki-based genre festival is ready to party like it’s 2019

TrustNordisk revs its engines for this year’s European Film Market

The Danish sales agent will present its rich slate, including features such as Speak No Evil as well as some much-anticipated series such as Lars von Trier’s The Kingdom Exodus

The Danish writer-director’s new feature, staged by Profile Pictures, centres on two families – one Danish, one Dutch – who meet while on holiday in Tuscany

The leading Scandinavian market is ready for its 22nd edition, and will welcome the new projects by Erik Poppe, Bille August and Christian Tafdrup, among others

TrustNordisk brings Another Round to Cannes

The Danish firm has secured a spot in the Cannes Official Selection with Thomas Vinterberg’s latest film, while 16 more movies and projects will be sure to delight professionals at the Marché du Film 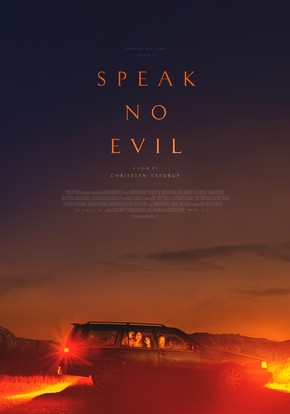 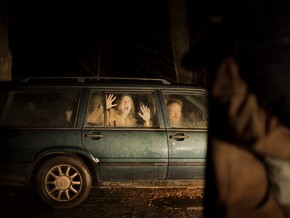