"Everyone should know their place. If we overstep the mark, we have to take responsibility for it. Nothing comes for free." Breaking free of social norms, living in a phalanstery outside the law and dancing on roofs might exude an especially intoxicating air, but one form of enslavement can easily conceal another, because feelings and money, and power and anarchy rarely make a good mix… Such is the reality explored intrepidly and in multifaceted fashion by Greek filmmaker Christos Massalas in his debut feature Broadway [+see also:
trailer
film profile], which was unveiled in the Big Screen Competition of the 50th IFFR (held online) and which is also gracing the showcase of Angers’ First Films Festival this week.

Punctuated by a voiceover coming courtesy of its protagonist Nelly (Elsa Lekakou) who recounts her misadventures by way of flashbacks ("I kept on finding myself in rubbish situations… but let’s go back to the beginning"), the film kicks off in a prison visiting room during an especially raunchy conversation. On the other side of the glass sits Markos (Stathis Apostolou), a thug the young woman met several months earlier in a shabby nightclub where she slaved away as a pole dancer in order to escape her past and the minions sent by her mother (a "monster" who married a rich "pitbull") to bring her back home. The saviour of the night, and her immediate lover, Markos introduces Nelly to the small, inner world of Broadway, a squat of sorts nestled in an abandoned theatre complex, consisting of a theatre and equipped with a huge, open-air cinema screen on the roof. It’s also home to a kindly, gay couple called Rudolph (Rafael Papad) and Mohammad (Salim Talbi), the troubled character of "The Locksmith" (Hristos Politis) and Jonas (Foivos Papadopoulos), a man with a bashed-up face who hides away and whom they’ll eventually disguise as a woman (named Barbara) in order to keep him out of the clutches of a very powerful Athens-based gangster known as The Marabout. And that’s without forgetting the little monkey in a cage, kind but in a rage. In short, it’s a pretty strange community which Nelly slots into, a small group who survive as an organised gang of pickpockets (orchestrating dances to distract their victims) living on the fringes of society. But the precarious equilibrium enjoyed by this brotherhood of thieves’ ("like magicians, they use the art of distraction; it works because humans are short-sighted animals: they can only ever concentrate on one thing") and their utopian, fantasy-like, free existence will soon go up in perilous flames…

Playing with the codes of thriller films, musicals, social realism (set in Athens in the grip of an economic crisis) and works which operate as a kind of mirror, symbolic of theatre society gnawed away by gangrenous capitalism, Broadway hovers between a playful and energetic tale (set against music by Gabriel Yared) and an offbeat film noir. It’s a hybrid mix which turns into an audacious high-wire walk, at times teetering towards unbalanced, because Christos Massalas has packed quite a lot into this first opus of his (which primarily spent time in the Cannes Film Festival’s development-focused Cinéfondation Workshop). Demonstrating a solid grasp of all things visual, the director shows an abundance of potential which is ready and waiting to be harnessed.

New projects by Ali Abbasi, Juho Kuosmanen, Santiago Mitre and Lisandro Alonso get funding, while the mandate of executive director Roberto Olla is renewed for a new term starting on July 2020 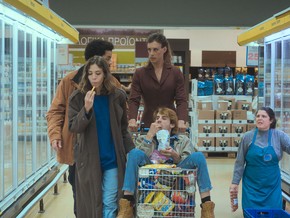 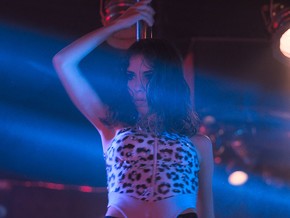 Pavel G Vesnakov in post-production with his second feature, Windless