28/01/2022 - Carlota Martínez Pereda dabbles in Carrie mythos, delivering the kind of film that will put you off Spanish holidays for life

Many people brought features based on or inspired by their earlier shorts to Sundance this year, from Jim Archer (Brian and Charles [+see also:
film review
trailer
film profile]) to Francisca Alegria (The Cow Who Sang a Song into the Future [+see also:
film review
trailer
film profile]) and now Carlota Martínez Pereda. It’s a risky decision to make as what used to work so well in a shorter form might suddenly start feeling stretched thin, but Piggy [+see also:
trailer
interview: Carlota Pereda
film profile] is not one of these cases. Piggy is a revelation.

An upsetting one, surely, but it succeeds where so many horror films fail – it actually makes you believe in just about everything that goes down. The relentless bullying of Rosa (Laura Galán), mostly because of her weight, the small-town claustrophobia, the parents who think that what they say doesn’t hurt, just because it’s supposed to be for someone’s own good. And, once that comes about too, a murder spree that happens because sometimes they do. Let’s just stay inside, listening to empowering pop songs, people, as whatever is out there is simply not worth the trouble.

Rose doesn’t go out that much, actually. It’s hard to say when she became the town’s preferred target, but she just can’t catch a break with the popular crowd. She is bigger, her family owns a butcher shop and her father cluelessly informs girls her age that she shot these delicious rabbits herself – not necessarily something that scores you extra points if you are a young girl. She doesn’t seem happy, nervously nibbling on her hair and using social media for what it was created for in the first place – to make herself feel even worse. When she does venture out, however, a nice summer day at the pool turns into a nightmare after a group of her usual tormentors happens to have some time on their hands. Later, humiliated and terrified, she runs into them again, mid-violent kidnapping by a clearly deranged man. She sees him, he sees her. But after what her bullies-turned-victims just put her through, she lets them all drive away.

That’s when Pereda’s film gets really, really interesting. It’s not clear if Rosa remains stubbornly silent because she is scared or because there is something satisfying about what has just happened. To her, it might be an act of divine justice, a retribution she otherwise couldn’t have hoped for and – however disturbing that thought might be – something she could have cherished for the rest of her life. But it’s not the end of the story. Once a mother of one of her missing “friends” comes in asking questions and others find the corpse of a lifeguard – which she, hilariously enough, actually failed to notice before, running away from Mean Girls – Rosa is forced out of that state.

It's admirable that Pereda is not fixated on making things easy. The acts of violence won’t have anyone high-fiving with glee and Rosa herself is not that sympathetic. According to some religions, lived violence can turn you into a saint. According to police reports (or Teemu Nikki’s excellent short All Inclusive), it can make you want to hurt people or at least watch them get hurt. Rosa needs to decide who she wants to be too in this scenario and the fact that the mysterious killer helped her out in a way, and might even consider her to be special, confuses her even further. It’s like reading one of these articles about murder accomplices once again, where the oft-repeated words “people think he was a monster but he was nice to me” are really saying it all.

There is no avoiding a mention of Carrie in any Piggy-related conversations – once again, a girl’s body is treated as her own enemy and the stills of blood-soaked Galán serve as a reminder of that unfortunate bucket. But this one stands (and breaks one’s heart) on its own, an exceptionally skilful work that really proves that there is some genre-film revolution going on, with Julia Ducournau and Mimi Cave (fresh off her revelatory debut Fresh) merrily joining in. Buckets of blood optional.

“I wish to condemn normalised and institutionalised violence”

After premiering at Sundance, and prior to its screening at Sitges, the filmmaker’s brutal and bloody feature debut gets a berth in San Sebastián’s most daring section

This year will bring an exciting and diverse spread of new movies with European backing: returning legends, hybrid non-fiction and provocative genre work all feature – something for everyone!

The results are in for the poll of Cineuropa’s journalists. Which are the best European works of the year?

The Piggy director has now enlisted the talents of Belén Rueda, who stars in this sinister fable about loss and motherhood, which unfolds in two, distant time periods

Metronom, Rimini and Anhell69 are all awarded at the 60th free and uncensored Gijón Film Festival

The festival kicks off its 55th edition on 6th October, with a host of national and international genre films, including the latest from Jaume Balagueró and Carlos Vermut 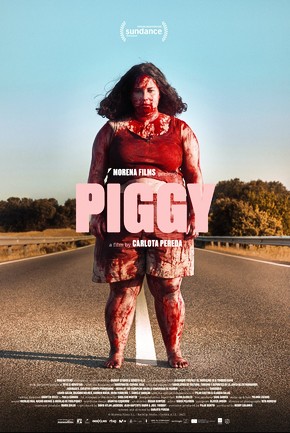 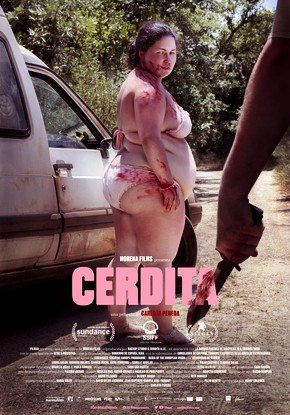 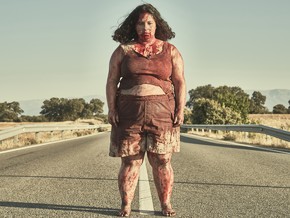 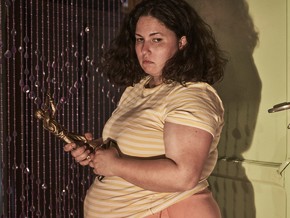 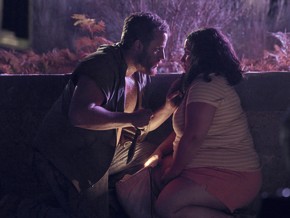