Review: A House Made of Splinters

Although the Western media is becoming better aware of the tensions existing in Eastern Ukraine today, discussions tend to focus on tactical moves and geopolitical stakes, while the reality of life in Eastern Ukraine remains more mysterious. In A House Made of Splinters [+see also:
trailer
film profile], which premiered in the World Cinema Documentary Competition at this year’s online Sundance Film Festival and won the Best Directing award in that section, Danish director ​​Simon Lereng Wilmont offers a window into that world through a temporary house for children who cannot be looked after by their parents.

The place is big but not fancy, and children are left to roam in relative freedom in a climate of trust and openness, the social workers keeping a watchful but forgiving and compassionate eye on their temporary guests. One of the workers in voiceover explains that each child can stay for a maximum period of 9 months, after which, if their parents are still not in a state to take them back, they move in with a relative, with a foster family, or into an orphanage. Like us viewers, the children are aware of this setup, and every second of their stay is therefore naturally imbued with a sense of urgency and fear that uneasily blends with the playful and unserious atmosphere of childhood play. In one scene, for example, as half a dozen children sit in a circle at night and try to frighten each other with scary stories, one boy talks about how his father would go into blind rages when drunk; “mine too” quickly adds another. Later, two young girls eye each other up, to see if they might agree to become best friends, and one of them asks the other if her mother sometimes lets her have a drink.

Through looking at these children, and following the trajectory of three of them in particular, Wilmont suggests an outside world where years of conflict, far from remaining a mere theoretical reality, have had an all too real impact on Ukrainian society. Addiction is rampant, in turn leading to widespread neglect, and though the ease with which the children talk about alcohol suggests a certain normalisation has taken place, none of them can get used to their parents not making it to appointments or never answering their phone calls.

Though the setting surely does a lot to help the children speak freely about how they feel, their candour in the presence of the camera remains exceptional, and Wilmont like the social workers is careful to always centre their experiences. The violence of the rules which will dictate who will take care of them is undeniable, but so is the attention that is given them in this big, slightly run down house. The two young girls that the film follows appear particularly strong and hopeful, though one is reunited with her family and the other in fact hopes to get a “new mother.” The young boy whose story makes up the later part of the film proves more rebellious, resigned to the idea that no one really cares about him, but the film’s nonjudgmental perspective is attuned to his sensitivity and loneliness.

A House Made of Splinters does not provide any groundbreaking ideas on the cycles of addiction, violence and neglect, but it does show what a difference even a flickering ray of hope can make in the lives of children.

A House Made of Splinters is produced by Final Cut for Real and sold internationally by Cinephil.

more about: A House Made of Splinters

“Programming a festival such as ours is about a delicate balance”

The Tel Aviv-based festival has had three hybrid editions, each in a new set of extraordinary circumstances: its artistic director tells us about what the team has learned and how it reacts to change

The other big victor of the 2022 edition was Anita M Hopland’s Moosa Lane, in receipt of the New Nordic Voice Award

The fifth edition of AJB DOC is ready to kick off

The festival, set to be held from 9-13 September, is continuing the tradition of showcasing TV documentaries but is also being innovative by launching its Industry Days platform

The documentary by Payal Kapadia has come out on top, while A House Made of Splinters went home from Akranes with a Special Mention on Sunday

Millennium Docs Against Gravity’s Grand Prix goes to The Pawnshop

Polish talents have won big at the 19th edition of the documentary gathering, which focused on non-fiction films as an important element of the conversation about current issues

The 24th edition of Israel's biggest documentary festival will present a total of 122 films, including 26 world and three international premieres

Six Ukrainian producers go “under the Spotlight” at Cannes

Darya Bassel, Olga Beskhmelnitsyna, Denys Ivanov, Nataliia Libet, Sashko Chubko and Volodymyr Yatsenko will all be in attendance at the Marché du Film 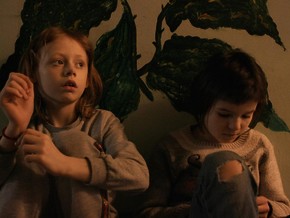