Review: Excess Will Save Us

One of the most tirelessly repeated, yet ever-relevant, quotes about filmmaking comes from that old agitator, Mr Jean-Luc Godard: “Tracking shots are a question of morality.” In personal or first-person documentary, which this film can be classified as, these ethical traps are an inbuilt feature. Merely turning the camera on, and then panning towards the film’s subjects, can spark uneasy questions about privacy, access and manipulation.

There’s no doubt that the family at the centre of Morgane Dziurla-Petit’s debut feature, Excess Will Save Us [+see also:
trailer
interview: Morgane Dziurla-Petit
film profile], willingly consented to being filmed, but that doesn’t suppress the startling and unguarded nature of what we often see. Dziurla-Petit is mining her life and the attendant conflicted feelings about her upbringing, all on full display here – not to mention her playful incorporations of fiction, used to amplify what, to her, is the actual truth. Adapted from her popular 2019 short film, it has just won a Special Jury Prize in the Tiger Competition of this year’s IFFR (see the news).

Its title is a bit of a pre-emptive film review: there’s a deliberate lack of focus present and an abundance of unevenly developed ideas, although this “excess” is surely intentional. With a lively and offbeat editing rhythm, Dziurla-Petit introduces us to her extended family, who diligently run a farm in Villereau, in the Nord department of France – which, from the evidence of what’s seen here, seems like the kind of place that has more livestock than people. The family gang’s all here, from late-teenage cousin Faustine (whose actual identity is one of the film’s metafictional tricks) – a bit of a surrogate for the filmmaker herself, with her ardour to leave this sorry place and see the world, and love for the quasi-filmmaking platform of TikTok – to her father Patrick, and his eccentric older brother Bernard and introverted younger brother Fabrice (which sounds a bit like “fabricated” in English... Just a hint). The vignettes, told in chapters with bluntly direct titles like “The Attack” and “Family Business”, run the gamut from wry observations on local life (the film commences with a false terrorism scare, comically blown out of proportion), to more expository passages that muse on generations of family history, with a compression that evokes a full meal in pill form.

Her clarity of purpose is far from evident yet, but Agnès Varda’s documentaries are an antecedent to Dziurla-Petit’s ambitions here. There are numerous shot compositions that strongly evoke Varda’s aesthetic, like when we see one of the uncles standing nonchalantly in front of dozens of hay bales, composed with an exaggerated wide-angle lens perspective. And there’s another meta through-the-looking-glass segment where the 2019 short (also of this title) has a buzzy premiere at Clermont-Ferrand, with Patrick hilariously claiming he’s “famous” and posing for selfies with pass-holders. It’s like she dropped a 15-minute EPK for her own film into the Avid timeline.

The access and proximity we’re granted are bracing, but the film’s overall message and thesis are hazier: there’s a stretch covering the pandemic, examining COVID scepticism and lockdown backlash, which feels like reporting from mainstream TV news, and far less specific to her family. But this awkward structuring also has an alibi – if we personally spent one weekend at the Petits’ farmhouse, a partial, suggestive but very telling glimpse of them, just like here, is all we’d get.

Excess Will Save Us is a production by Sweden, staged by Fredrik Lange of Vilda Bomben Film.

more about: Excess Will Save Us

Interview: Morgane Dziurla-Petit • Director of Excess Will Save Us

The festival dedicated to biographies and life stories is scheduled to unspool in Bologna between 10 and 20 June, and online between 12 and 22 June

Review: Excess Will Save Us

The Finnish project was the big winner of New Nordic Films, this year held both online and on site 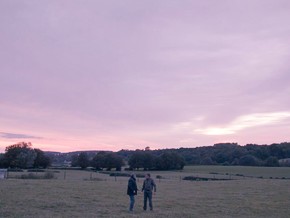 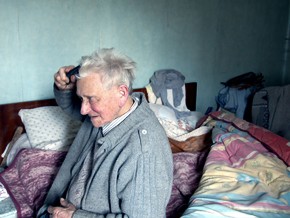 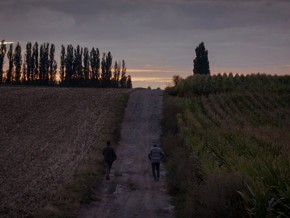 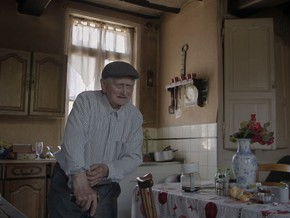