13/02/2022 - BERLINALE 2022: Body shaming is the focus of this sensitive and knowingly restrained teen drama, which is a second work coming courtesy of Chiara Bellosi

Made worse in the digital age of social media, when judgements on how we should look are becoming increasingly rampant, body shaming is all the more shaming when it’s carried out subtly and “lovingly” by someone within your own family. It’s even more damaging when it’s your mum - who keeps herself in perfect shape and lives with the regret of not having followed her dream of becoming a musical theatre dancer - who tells you that you’re beautiful but that you just need to lose a little weight. Ten kilos, maybe? This is the case for Benedetta (highly communicative newcomer Gaia Di Pietro), the lead character in Swing Ride [+see also:
trailer
interview: Chiara Bellosi
film profile], which is the second movie offered up by Chiara Bellosi, who is making her return to the Berlinale within the Panorama section, after debuting in the Generation 14plus line-up with Ordinary Justice [+see also:
film review
trailer
film profile] in 2020.

A fifteen-year-old girl with bright, doe-eyes and a mild-mannered character, Benedetta travels in a straight line between home and school in an exclusive, opalescent suburb of Rome. Her friend Claudia despises her own mother because she’s taken back her cheating husband, but Benedetta’s has all the trappings of a perfect family. Her stay-at-home mum Anna (the brilliant Barbara Chichiarelli) takes care of Benedetta’s two little sisters, while her dad Marco (Giandomenico Cupaiuolo) works in a glass factory, although his passion is taking apart and repairing classic cars and paying “visits” to their sexy neighbour. Benedetta doesn’t want to end up like her mother: she eats salads for lunch, raids the fridge at night (you’ve got to be hungry to eat raw chicken) and hides away in her bedroom drawing women’s faces.

But something changes one night when a long line of cars and caravans arrives and a little fairground sets up shop on the field between home and school. By chance, Benedetta meets one of these fairground workers, who goes by the name of Amanda. She’s a young and seemingly self-confident transgender person played by Andrea Carpenzano, a latest generation actor and possible successor to Elio Germano, judging from his various performances. Careful not to be too heavy-handed in the characterisation of his tricky protagonist, Carpenzano seems to have used Dallas Buyers Club’s Jared Leto as his cisgender model, minus the drug addiction and HIV-positive status. He says “people like us…” when he talks to Benedetta, immediately including her within his circle of social outcasts; he invites her into his caravan, he gets her to accompany him to an audition for a show, he takes her out dancing and introduces her to pills, he defends her against bullies… The young woman sees Amanda as a possible escape route and doesn’t think twice about following her on her itinerant, carousel journey.

Based on a screenplay by Maria Teresa Venditti and Luca Bellosi, the film continues Chiara Bellosi’s exploration of the teenage outlook on the world which she first initiated in Ordinary Justice. In Swing Ride, we follow two human beings on the run from stereotypes and prejudice, who wish only to inhabit their gender identities and bodies as they see fit. But the metaphor of the carousel (the titular swing ride refers to the chain carousel) as pure joy, initiatory adventure and escape is now an overused trope in films (L’arminuta [+see also:
film review
trailer
interview: Giuseppe Bonito
film profile] being one of the most recent examples of this) and it no longer holds any surprises for the audience. It’s a knowingly restrained movie: it doesn’t take risks, the subject-matter is explored delicately rather than tackled head-on, and the story is left up in the air, as if it were up to the viewer to decide the protagonists’ fate.

Swing Ride is an Italian-Swiss co-production courtesy of Tempesta, Tellfilm and RAI Cinema, made with the support of the Italian Ministry of Culture, RSI, and the Lazio Region. Distribution in Italy will be managed by Luce Cinecittà with international sales falling to Vision Distribution.

“We meet a lot of people, we have irreplaceable individuals around us, but we’re always on our own when faced with real choices”

BERLINALE 2022: The Italian director’s film follows a young female protagonist who meets a new friend who helps her to grow

The Isola del Cinema is returning to the banks of the Tiber, inclusively, sustainably and twinned with Paris

The long-standing summertime film festival held in Rome, which is now at its 28th edition, is returning to its usual physical form on Tiber Island between 16 June and 3 September

BERLINALE 2022: Body shaming is the focus of this sensitive and knowingly restrained teen drama, which is a second work coming courtesy of Chiara Bellosi

Opened by Alain Guiraudie’s Nobody’s Hero, this year’s programme will include a total of 29 films from 33 countries and 25 world premieres

Produced by tempesta in co-production with Tellfilm, the director’s new film has been chosen for the 72nd Berlinale’s Official Selection, within the Panorama section

The Berlinale reveals its first flurry of titles

The festival has announced the first films selected across its Berlinale Special, Panorama, Generation, Forum and Forum Expanded sections, so far totalling 62 titles 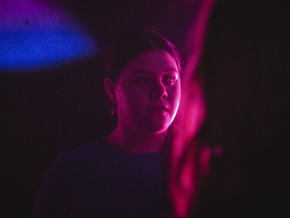 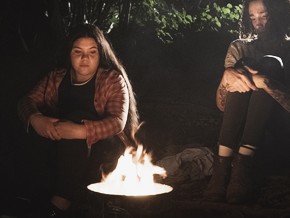