In Mutzenbacher [+see also:
trailer
interview: Ruth Beckermann
film profile], one of the more curious Encounters at the 72nd Berlin International Film Festival, renowned Austrian documentarian Ruth Beckermann digs out one of the more scandalous literary works from her native country (or indeed any country) from the last century and checks it off against contemporary moral(ism)s. Enlisting a group of men of various ages, she has them share their reflections on the matter at hand. No women are ever in view, but they are certainly talked about.

Probably the most outlandish peculiarity about the anonymously published Josefine Mutzenbacher, or the Life Story of a Viennese Whore, as Told by Herself is the insistent rumour that it was written by Felix Salten, the author of Bambi. In recent times, however, the Salten theory has more or less been ruled out, with no other culpable scribe in sight. It first appeared in 1906 and has been in circulation ever since, first under the counter and eventually more legally available.

“I’m not supposed to play her, am I?” a fellow in his sixties enquires.
“Would you like to?”
A light-hearted exchange between the director and the interviewee plays out, worthy of not ending up on the cutting-room floor. In an old factory location adorned with a tattered pink couch with gilded flower patterns, Beckermann (always off screen) receives her subjects – sometimes just one, sometimes in groups, most often paired up. Several are given passages (mainly steamy ones) to read out loud and then react to. The book and its characters are discussed from a number of perspectives, including the alarmingly young age of the protagonist and the permissiveness of then versus now. “They seemed to still have fun in those days,” laments a middle-aged man before going into current debates on toxic masculinity and the cancellation of flirting. His Millennial “couch-mate” assures him there’s still fun to be had out there.

The socio-political aspects of the period are confronted and dissected. Several accounts go into personal sexuality and its fantasies. There are aesthetic evaluations on vulgarity versus stylistics. Some show disgust, while others can’t help but be mildly amused by quotes like: “My bum danced a czardas on the desk.” In her quest for reactions, Beckermann has found a highly effective catalyst in this novel.

Distinctly COVID-era in look and execution, Mutzenbacher comes across as a happy accident for a filmmaker temporarily restrained from regular activities. Future film scholars may want to look into this era of “pandemic dogma” creativity one day, showing imaginative methods to overcome the limitations.

BERLINALE 2022: The Austrian helmer confronts men of different ages with a controversial text about the sexual adventures of a fictitious female prostitute – and observes their reactions

After two years of adaptation on account of the pandemic, the 44th edition of the international documentary film festival is returning to cinemas and audiences in person from 11 to 20 March

BERLINALE 2022: In a female-dominated spread of awards, other winners included Claire Denis, Rabiye Kurnaz vs. George W. Bush and Mutzenbacher

Newcomers meet the usual suspects, as Claire Denis, Ulrich Seidl and Dario Argento are set to premiere their new films at the German festival 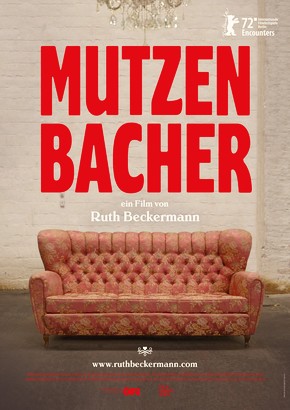 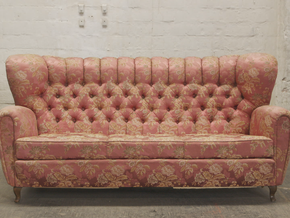