Austrian-Kurdish filmmaker Kurdwin Ayub, whose background also encompasses performance and video art, makes her feature-film debut in this year’s Berlinale Encounters strand with Sonne [+see also:
trailer
interview: Kurdwin Ayub
film profile], an energetic coming-of-age tale focusing on a teenage girl testing the limits of her Muslim identity. Ayub, depicting a character roughly a decade younger than her, shares insights on cultural taboos and the differing ways in which a traditional family unit – as opposed to society at large – can handle dissent and nonconformist attitudes. The film was produced entirely by Ulrich Seidl’s company, and shares his urgency to look challenging subjects in the eye, if definitely not his austere formalism.

In any film to date, has an embarrassing or provocative social-media post not gone viral, and instead just flopped? Limited engagement, and “likes” and shares in the single figures, is arguably far truer to our experience with these platforms. Either way, we have an inciting incident which is becoming customary in films of this nature, where lead character Yesmin (Melina Benli) and her two non-Muslim pals are having a true TikTok “sesh”, bouncing around a smartphone’s tiny camera lens; one of their riffs, a hijab-clad lipsync of REM’s mandolin-powered hit “Losing My Religion”, goes viral, and wins them a kind of national fame. Soon, local media are inviting her onto interview segments, like she’s the poor dad whose BBC interview on North Korean affairs was ambushed hilariously by his kids.

The trio, to Yesmin’s growing discomfort, also perform at events for the Kurdish expat community in Vienna, including a traditional wedding. Ayub effectively shows how this starts bothering Yesmin in an existential manner, whilst the friends Bella (Law Wallner) and Nati (Maya Wopienka) see it as a lark of cultural tourism. Yet refreshingly for stories of this type, we’re not plummeted into the notion of appropriate practice for Muslim girls; instead, Yesmin is confronted in a more open way by her debt to her heritage, with her parents still nursing the trauma of their migration from Kurdish Iraq to mainland Europe.

Yesmin is excelling at school, with her potential as she leaves home all to be fulfilled. In contrast, her brother Kerim (Kerim Dogan) is a bit of a tearaway, falling in with a crowd his parents don’t approve of, and flunking classes. His own social-media use – juxtaposed as a more inherently masculine and juvenile use of the form – brings a welcome jolt factor to the plot because after a troubling Instagram post is discovered, his family subsequently have to deal with the Austrian law enforcement that they’ve heretofore avoided in their new home.

Still, there’s something a tad underwhelming about Sonne, given the pertinence of its issues. There’s a dawning teen-drama feel, almost reminiscent of Skins, an iconic British youth series from the 2000s, making it a bit less engaging for older audiences looking for thornier insights. The use of TikTok visuals and group chat feeds feels very authentic, sometimes with a knockabout sense of comic timing, yet the “real world” sequences are flatter by comparison. Ayub could have been more daring in that sense, as the ubiquity of those platforms has arguably created another, equally “real” world on top of our own, which is ripe for privileging on screen.

“I know how Yesmin and girls from a migratory background feel; that’s why I wanted to make this film for them”

BERLINALE 2022: In her first feature, the Kurdish-Austrian director deals with questions of identity, religion and complex social norms

The UK-based festival, which has just announced its award winners, saw audiences flock back to cinemas

Ulrich Seidl's film was awarded as the best feature, Sabine Derflinger's film as the best documentary, while Sebastian Meise's Great Freedom scooped the most prizes

BERLINALE 2022: In a female-dominated spread of awards, other winners included Claire Denis, Rabiye Kurnaz vs. George W. Bush and Mutzenbacher 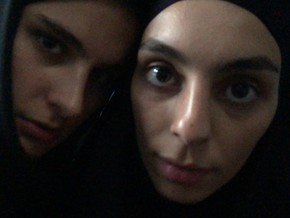 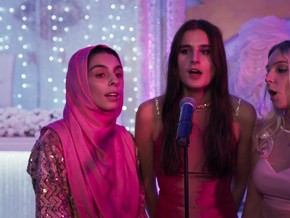