If you walked out of Jean-Luc Godard’s recent works Goodbye to Language [+see also:
film review
trailer
film profile] and The Image Book [+see also:
film review
trailer
film profile] not exactly in full comprehension, See You Friday Robinson [+see also:
trailer
film profile] will relieve some of that insecurity. Mitra Farahani, one of Godard’s primary producers on the latter film, has devised this minimalist, conversation-based documentary, whereby the the artist sometimes known as JLG exchanges little electronic missives with another filmmaker of similar temperament, Ebrahim Golestan, late of the 60s Iranian New Wave. In the film, Golestan, a director-turned-novelist, is in his mid-90s and sharp as a tack, and even he is bamboozled by his counterpart’s offbeat zaniness. So there is hope for us all. The film won the Special Jury Award in the Berlinale’s Encounters competition, reserved for innovative, sometimes unclassifiable works.

Farahani, whose voice-over darts in and out of the mix across the film, largely to make cryptic remarks about Beethoven, saw that the two should interact and that this would be a fine basis for a film. She thought it a strange coincidence that they hadn’t met across their politically and artistically scabrous careers, with Golestan having left Iran for the UK in the late 60s, and Godard beginning his more internationally inclined work with the Dziga Vertov Group around then. And so, in a curious artistic gesture all of her own, a dialogue is set up whereby each veteran filmmaker will send a message on Friday, and respective camera crews in Rolle, Switzerland for Godard, and Sussex, UK for Golestan, will capture their remarks and reactions.

The discourse is unsurprisingly dominated by Godard’s messages, which aren’t messages so much as his customary melanges of aphorisms, visual references and oblique commentary. Farahani’s camera slowly zooms in on Golestan’s email inbox, where you can feel his hesitancy in clicking ‘open,’ as though receiving a package from an unknown sender. A typical Godard message might include prints of Matisse, an e-book page of James Joyce’s ‘Finnegan’s Wake,’ flipped 90 degrees diagonally, and a shot of Golestan’s own handwriting. For Golestan, Godard is ‘pretentious’ but clearly brilliant, and a true successor to Joyce for the different languages and registers he incorporates into his work, which no one reader could successfully interpret on their own.

When other documentaries might cautiously give a wiki-like summary of these two luminaries to make sure the audience is never at sea, Farahani knows this absence of grounding can be liberating — not for nothing does she invoke ‘Robinson Crusoe’ in the title. The images are like art photography in Golestan’s scenes, with the camera marooned in darkness, only interrupted when the director shuffles from one part of his gothic Sussex mansion to the other. She’s not too precious about his image either, with one Godard-free segment showing him making sexist comments about an associate’s partner: ‘she’s beautiful, but she has an opinion?’

Godard, meanwhile, is framed in more matter-of-fact poses: sucking on enormous cigars, and sitting  sombrely at a sparsely adorned kitchen table. Although shot in 2014, as on-screen titles indicate, there’s a strong pandemic resonance to See You Friday Robinson, a film which hardcore Godardians won’t want to miss, like his oddly similar recent Instagram live appearance (covered on Cineuropa). Farahani captures an artistic twilight of giants, their mere emails some of the last work they can plausibly create, freed from having to dilute their poetic flights of fancy for wider consumption.

See You Friday Robinson is a co-production between France, Switzerland, Iran and Lebanon, staged by Mitra Farahani.

more about: See You Friday Robinson

The Lithuanian gathering's jubilee programme includes a new feature-film competition, and will be opened by Marie Kreutzer's Corsage and closed by Luca Guadagnino's Bones and All

Zinebi gears up for its 64th edition

The Bilbao-based festival specialising in documentary and short films is all set to unspool in physical form from 11-18 November, with 147 titles from 47 countries on its schedule

From today until 1 November, the programme will include several award winners from Europe, and specifically Austria, as well as recent discoveries

The second edition of the Villa Medici Film Festival takes off

The festival organised by the French Academy in Rome from 14 to 18 September will screen 14 films in its international competition, and host masterclasses and carte blanche programmes

The upcoming edition of the Wrocław-based gathering, which will pay tribute to Agnieszka Holland, Joanna Hogg and Lucile Hadžihalilović, includes over 200 features and will unspool from 21-31 July

49 world premieres on the agenda at FIDMarseille

Between 5 – 11 July, the southern French city will host the 33rd edition of this festival, presenting 123 films and boasting an international competition jury led by Mati Diop 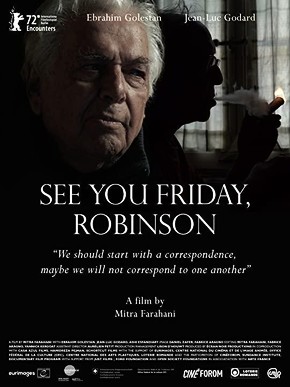 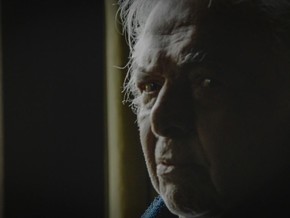 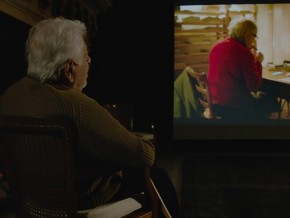 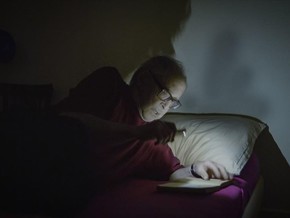 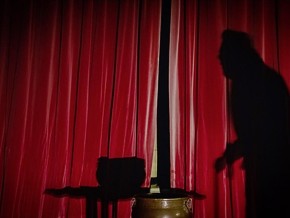