22/02/2022 - BERLINALE 2022: There will be time for anarchist revolution in the watchmaking ateliers of Switzerland, claims rising and now Berlin-awarded filmmaker Cyril Schäublin

Time keeps on slipping into not quite the future, but rather the fin-de-siècle past in Cyril Schäublin’s Unrest [+see also:
trailer
interview: Cyril Schäublin
film profile], which aims to locate in the watchmaking hills of Saint-Imier, Switzerland, the starting gun for modernity as a whole. Putting two contradictory ideas – namely, the rise of coordinated measurements of time and the birth of anarchist political thought – into an uneasy dialogue that doesn’t produce the expected revelations, Unrest was overall one of the best-received films in the Encounters section at this year’s Berlinale, where it walked away with the Best Director Award (see the news).

Anarchist ideologue Pyotr Kropotkin walks into a Swiss watchmaking factory – it could be the opening gambit of a highbrow joke, maybe of the New Yorker cartoon variety, but it’s intriguing to discover that this is no fiction. Kropotkin, perhaps the most famous anarchist intellectual, was indeed inspired by the political organising that he saw amongst workers in that industry, helping ferment the ideas that enshrined him as a great radical mind. Schäublin, also the film’s credited screenwriter and editor, takes great pleasure in depicting this fictionalised encounter, but is less assured on exactly how best to exploit the film’s key dramatic irony: the intertwined growth of one of the most indefatigable structures in the world, flanked by something that aims to destroy it. He achieved a better synthesis in his prior film, the also award-winning Those Who Are Fine [+see also:
film review
trailer
film profile], which tracked a call-centre worker’s identity scam across modern Zurich’s labyrinthine telecom system.

Crosscutting against Kropotkin’s (Alexei Evstratov, leading a cast of non-professionals) observations and various relaxing strolls (he is officially there on a cartography mission) through the valley town is a larger story strand concerning one of the factory workers, Josephine (Clara Gostynski), gradually taking control of her own political destiny. She is entrusted with one of the production line’s key duties – all at this stage achieved by hand – leading to a finished timekeeper: affixing the “unrest wheel”, the central mechanism creating the second-by-second ticks. Facing enormous scrutiny from the factory’s director-general (Valentin Merz) on production quotas and worker efficiency, Josephine is drawn into the anarchist movement, depicted as an outgrowth of the syndicalism that was then wresting control of labour relations across Europe. As other symbols of modernity – photography and political propaganda – are shown making a local impression, Schäblin is at pains, in a placid formal manner of steady long takes and hushed dialogue, to show how resistance is taking place alongside this, and that a radical alternative existed to the received wisdom taken for granted today.

Still, this is anarchism in name, if perhaps not in spirit – all incarnated in a far gentler manner than our common understanding of the concept. By taking in such a small sliver of time – a few months in the early 1870s – Schäublin can’t show any attempted political upheaval, or associated human cost, that would make this political schism register in anything more than an abstract sense. Instead, he creates a kind of historical miniature, an urban space easing into a bureaucratic way of managing itself, with every passing second denoting economic value, which wittily and subtly hints at the world to come.

Unrest is a Swiss production, staged by Seeland Filmproduktion and SRF - Schweizer Radio und Fernsehen. Its world sales are handled by Alpha Violet.

“By putting the people and the language to the margins of the frame, maybe the construction of those re-enacted situations becomes more visible”

BERLINALE 2022: The Swiss director's film is a trip back to the 19th century where the anarchist movement found fertile ground in Switzerland

The diversity of new European talent on display at Premiers Plans

From 21 to 29 January, the festival will continue to highlight first European films and will also pay tribute to Mia Hansen-Løve and Rodrigo Sorogoyen

Between 24 and 26 November, TorinoFilmLab is presenting the new edition of the international co-production market and its projects developed in 2022 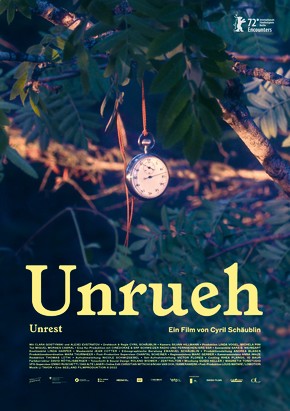 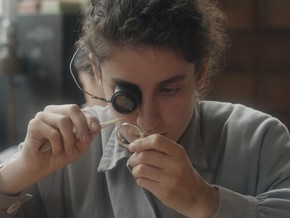