Sean Wang's documentary A Marble Travelogue world-premiered at IDFA and is now screening in the Thessaloniki Documentary Festival's International Competition. It explores globalisation through the story of Greek marble that is extracted from quarries in the Peloponnese and shipped to China. It is then used to make neo-Hellenistic statues and columns, as well as souvenirs that then go back to Europe. If you buy a Leaning Tower refrigerator magnet in Pisa, it will almost certainly have been made in China.

The Chinese economic boom and Greece's escalating debt have coincided and created a whole new market that reflects globalisation on an epic, and often absurd, scale, as we see in this all-encompassing, remarkably perceptive documentary. China invests a lot in Greece: its state company COSCO bought the Port of Piraeus in 2016. A well-connected Cypriot lawyer and his twin daughters, Marianna and Sofia, perfectly alike, perfectly Hellenic-looking and constantly smiling, have carved out a niche catering to the growing Chinese nouveau riche class: they are the official Sino-Greek friendship ambassadors. They bring Chinese investors and tourists to Greece, broker deals between companies, and promote Greek culture in China.

Meanwhile, Wang shows us how China is now the world's biggest stone market. An officially appointed National Crafts Artist has an army of workers who process marble and other kinds of stone, and produce replicas of famous European historical monuments and sculptures, a status symbol for wealthy Chinese people. There are whole cities with faux-medieval castles, Acropolises and Notre-Dames, but his smaller-scale, modern sculptures are also exported to Italy: he is pictured standing by one of them at the foot of the Colosseum. They sell for a bigger price when bearing Italian labels, but the artist regrets the fact that his name will be forgotten.

A French sculptor has a company making whole buildings out of limestone. He used to do this in the USA, but found a much more profitable place to do so in the world's biggest stone factory city, Guangzhou, where there are no such restrictive union or safety regulations. In a family-run souvenir factory, the filmmakers interview a girl of about ten who says she's not afraid of the dust, even as she starts coughing.

In between these storytelling segments, Wang shows us the stone processing itself, creating very tactile, industrial footage where machines and men work with the blindingly white material. There are also extreme-wide shots of massive slabs of marble and the huge cargo ships they are transported on, or surreal, intricate images, such as a group of Chinese ladies dancing in front of an Eiffel Tower replica, with huge blocks of flats looming further back. In the framing, the human figures are dwarfed by the colossal backgrounds, mirroring the place of an individual in the world economy, and the bizarreness of some of these images automatically comes with dry humour.

Globalisation has rarely been portrayed so piercingly in a film that is not a straightforward investigative documentary. Even though Wang had to step back in order to take in this remarkably wide picture, he also touches upon the topic's personal aspects, except with Sofia and Marianna: their public image is so perfect that it is impenetrable, even when Wang films them doing each other's make-up.

more about: A Marble Travelogue

Projects from Italy, France, Greece, Ukraine, Georgia, the USA, Netherlands, Spain and Palestine have won prizes in the Pitching Forum and Docs in Progress sections 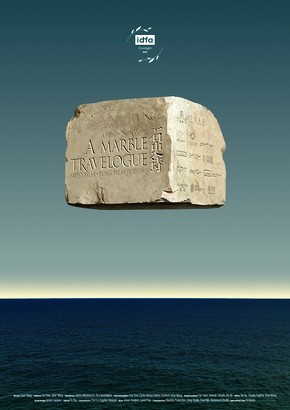 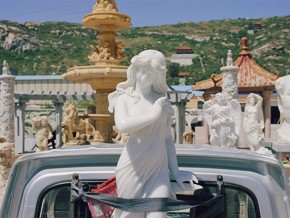 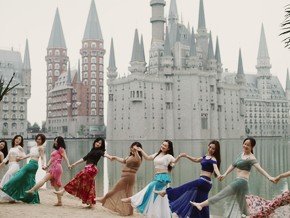 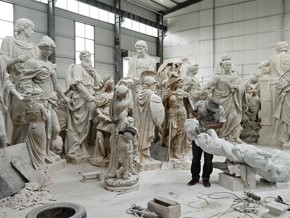 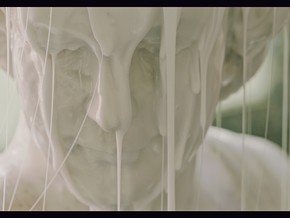