After getting his Bachelor in directing at the ECAL (Ecole Cantonale d’Art de Lausanne), Swiss director Patrick Muroni immediately burst into the festival arena. His first self-produced short film Un matin d’été made it directly to the 2019 Locarno Film Festival where it was selected in the Pardi di domani section. His cinematic universe is populated by young characters who intend to trace their path in a society that often does not understand them, free electrons who construct themselves through community experiences that become ephemeral refuges. With his feature debut Ardente.x.s, selected in the National Competition at this year’s Visions du réel, Patrick Muroni continues his investigation into the world of youth by filming head-on, with respect and determination, a collective of queer people and women who transform porn into a militant act.

In Lausanne, the collective OIL Productions launches itself into the creation of “ethical and nonconformist” pornographic films. Spokesmen for an asserted artistic and political process, the minds behind the production company create X films with the aim of changing the mentalities of a market that is not exactly open to nonconformist bodies and sexualities, namely that of pornographic films. Determined to revolutionise a film genre considered marginal and aesthetically poor, OIL Productions wants to show the world that it is possible to produce quality, sophisticated and revolutionary pornography.

Ardente.x.s follows the short but intense adventure of the collective: the behind-the-scene on productions which, despite their aesthetic refinement, are nourished by a healthy dose of DIY; the feminist protests; the often distressing interviews and public debates; but also and above all the moments of intimacy during which members of the collective invite us to discover their daily lives. In fact, it is precisely these moments of sharing — stolen confessions of some kind — that embody the true soul of the film, transforming it into the ephemeral and incisive trace of a revolutionary project that changes over the years without ever losing sight of its initial goal.

Muroni's camera follows the collective with discretion and empathy and records their key moments, their inevitable difficulties but also and above all their countless victories, reminding us that what matters is staying united in the fight. Ardente.x.s is a courageous and necessary feature debut, a cry of revolt against a patriarchal society that clings with all its strength to a gender binary it considers to be natural and immutable. Muroni, accompanied by OIL Productions, shows us an alternative path, a different way to live and give shape to nonconformist desires — which already is a great achievement in itself! 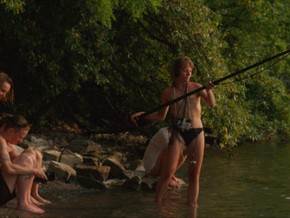 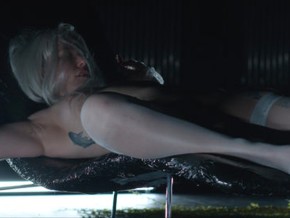