14/04/2022 - Lucie Králová's documentary opera on Czech composer Jan Kapr is a multi-layered, accomplished work that sometimes struggles under the weight of its own ambition

The new film by Czech writer-director Lucie Králová, Kapr Code [+see also:
trailer
interview: Lucie Králová
film profile], which has just world-premiered in Visions du Réel’s Burning Lights section, is her most ambitious effort to date. It is a multi-layered work that will be of interest to festivals focused on experimental documentaries, and social history and music-related topics, as well as to audiences at home. However, it is often a demanding watch.

Billed as a “documentary opera”, the film deals with the life of the once famous and controversial Czech composer Jan Kapr. Based on a trove of archive material, including letters, newspaper articles, photos, secret police reports and Kapr's own Super 8 home videos, it consists of eight acts, an interval (or “pause”, as is stated in the film) and a finale. The libretto was written by the energetic Jiří Adámek, who features prominently along with choirmaster Petr Fiala and 17 members of the Czech Philharmonic Choir of Brno.

The story of Kapr's life is told chronologically, and the choir literally sings it in the style of “New Opera”, with music composed by Petra Šuško: the a cappella delivery is a staccato recitation jumping up and down within certain registers. The segments of the choir rehearsing and performing both contrast with and complement the often blurry, monochrome home videos with their characteristic frame rate: in fixed-camera shots, they are all dressed in black, working in the dazzlingly white interior of the studio. Often, they are standing, sitting or even lying down in geometric patterns, reflecting Kapr's later, modernist compositions, for which he employed a “cryptographic” method and electro-acoustic elements.

This decidedly formalistic aspect is one of the things that underline the distanced emotional approach to the story of the composer's life. A lot of the libretto is associative and onomatopoeic, one example being the repetition of “ryby a raků” (“fish and lobsters” – Kapr meaning carp in Czech), which is visually accompanied by footage of the composer swimming in a lake.

Born in 1914 (as a Pisces), Kapr was an enthusiastic athlete, but an injury rendered his legs numb, so he is mostly seen sitting or walking with canes. He was even more passionate about communism and received the Stalin Award in 1951, after composing such soaring pieces as the “In the Soviet Land” cantata, establishing him as the pre-eminent state composer. The account of his personal life runs in parallel: his first wife and two children, friendships with swing musician R A Dvorský, whom he managed to get out of prison, and with dissident opera singer Pavel Ludikar, which was probably what got the secret police onto his trail. After he protested against the 1968 invasion of Czechoslovakia in an open letter to Shostakovich, he got blacklisted and his music banned.

Long before this, Kapr had a second wife, Lubiška, and a daughter called Magdalena, who is the only person briefly interviewed in the film. She had never known of her half-brother Miloš, who ended up in a psychiatric institution. It is implied that Kapr simply left him there, and the home videos, annotated with info on how many minutes were dedicated to each person, are as close as the film gets to showing us his inner world: Lubiška has 112, Magdalena 152 and Miloš only six minutes.

Conversely, the socio-political story of the composer is convincing and detailed, and the end result is an accomplished work that struggles under the weight of its ambition. Lacking emotional investment, it can be taxing to sit through 90 minutes of avant-garde music.

Kapr Code is a co-production between Czech companies DOCUfilm Praha and Mindset Pictures and Slovakia's VIRUSfilm, with the involvement of Czech Television and Prague-based MagicLab. Lightdox has the international rights.

Other winners at the Polish gathering included All That Breathes, Fragile Memory, Kapr Code, The Hamlet Syndrome and Boylesque

Lucie Králová's documentary opera on Czech composer Jan Kapr is a multi-layered, accomplished work that sometimes struggles under the weight of its own ambition

Running 12 to 21 March, the 43rd edition of the festival will take online form, offering up an abundant programme including an international competition screening 21 titles 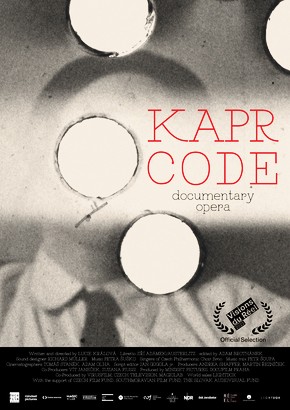 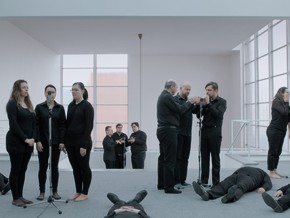 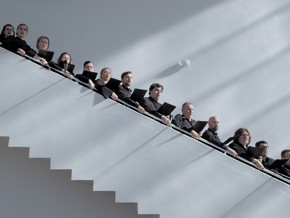