Review: Images of a Nordic Drama

28/04/2022 - Nils Gaup's new film is an investigative documentary that looks at how political, social and economic factors decide whether a forgotten painter is worth the attention of a national museum

This film is not about Nordic TV series, just to get that out of the way at the start so as not to mislead Borgen fans. The new documentary by Oscar-nominated director Nils Gaup, Images of a Nordic Drama, which has had its international premiere at Hot Docs, takes its title from an exhibition by a forgotten, and then rediscovered, Norwegian painter, Aksel Waldemar Johannessen.

Munch's contemporary, Johannessen was briefly praised by the most influential critic of the time, Jappe Nielsen, after an exhibition that his wife organised following the artist's death. But after the wife died, the paintings were entrusted to the public guardian by the time their children had come of age. The children were not aware of the initial success, and just took the artworks and put them in a barn.

Seventy years later, art collector Haakon Mehren accidentally finds them in the same barn and is impressed by the intensity of the works. These are not traditionally pretty pictures, and Johannessen never intended for them to be seen by the public – a heavy alcoholic, he seemed to have made them as an expression of his tortured soul. The lumpenproletariat, prostitutes and beggars, as well as drunks in taverns, shown in a theatrical, dramatically ugly manner, populate the paintings.

In the early 1990s, Mehren puts on an exhibition in the same Oslo gallery where the earlier, 1922 event took place, and generates significant media buzz. But the country's pre-eminent artistic judiciary, the National Museum, headed by its long-time director, Knut Berg, refuses to include them in its collection. Agreeing with the prevailing opinion of critics at the time, some of whom are interviewed in the film, they consider them unworthy of their institution and national culture. “The thematic structure is exaggerated,” says an art historian, a former senior employee of the National Museum.

But Mehren, with the help of the general director of the Bavarian State Painting Collection, Erich Steingraber, who is quite taken by the paintings, manages to get them shown in Italy – first in Mantua, and then, triumphantly, at Venice's Doge’s Palace. This elicits interest from Berlin's Bode Museum, but the Oslo National Museum threatens to stop lending pieces of their collection if Bode displays Johannessen.

This push-and-pull goes on for decades and is still not resolved, despite Mehren's dedication, which also helped the forgotten painter get exhibited in New York and Vienna, where his expressionism fit right in with Kokoschka and Schiele. The collector even managed to get the Norwegian royal family interested, but it seems like the fight turned into a battle of egos and got bogged down in the impenetrability of elitist positions. Even after Berg left the National Museum, those of his successors who showed openness towards including Johannessen ran into problems and had to leave the position.

Stylistically, the film is a standard investigative, art-themed documentary consisting of talking-heads interviews, archive footage and reproductions of the paintings. But even though the story is local, its topic of the merits of art criticism, of who decides what art is, and how this is intrinsically linked with politics, economy and power structures, is quite universal. The brisk 70-minute running time helps the doc feel dense and dynamic, and it will certainly find its audience on TV and streaming services, in addition to art sections at festivals.

Images of a Nordic Drama was produced by Norway's Paranord.

more about: Images of a Nordic Drama

Review: Images of a Nordic Drama

Nils Gaup's new film is an investigative documentary that looks at how political, social and economic factors decide whether a forgotten painter is worth the attention of a national museum 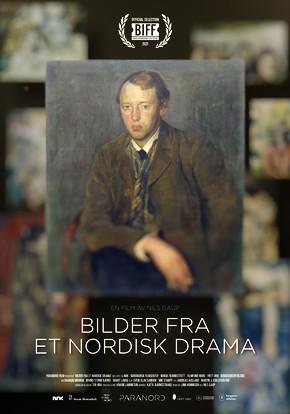 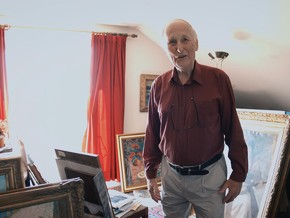 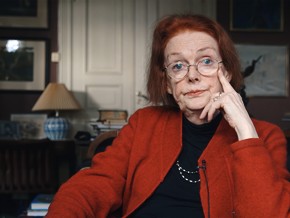